Would you ride the streetcar more often if it were free? 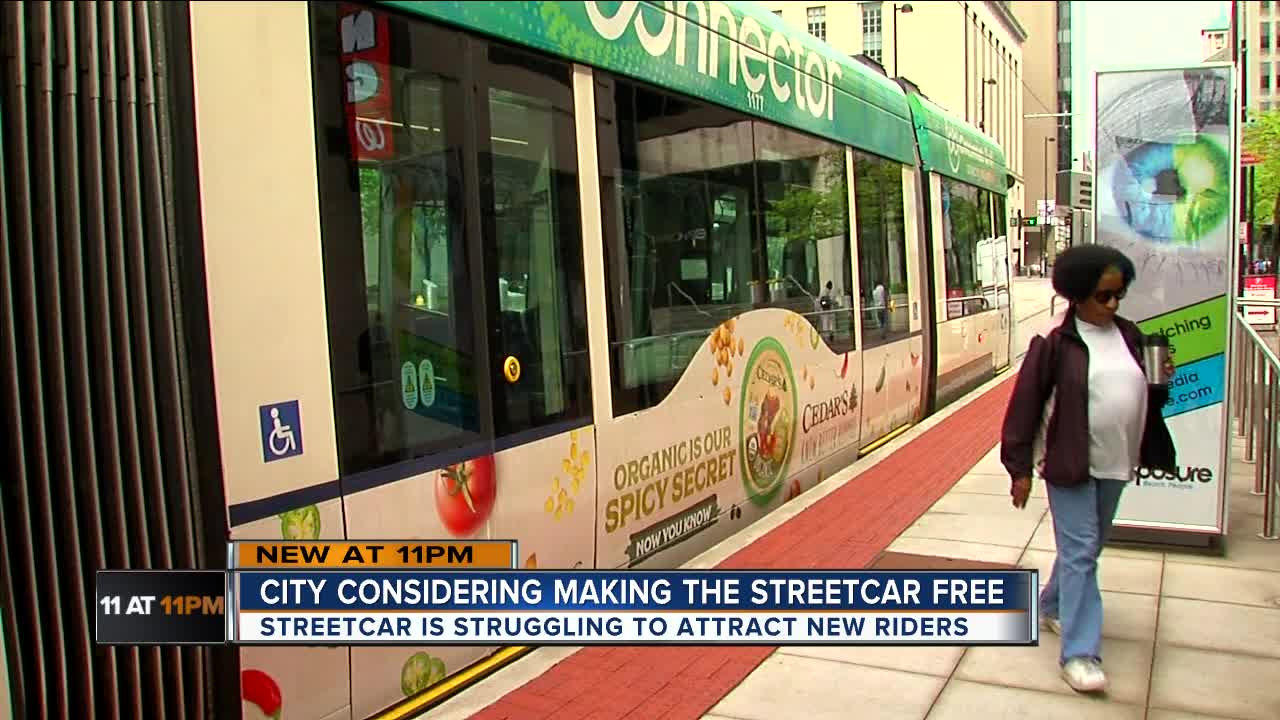 The city is considering making the streetcar free to ride in hopes of boosting ridership.

CINCINNATI — It only costs a dollar to ride the Cincinnati streetcar, but some are saying it should be entirely free.

It's an idea City Council began considering in May 2018, when Councilman David Mann filed a motion asking the administration to assess the feasibility of making the Cincinnati Bell Connector free to ride. He called collecting fares on the 3.6-mile connector linking Over-the-Rhine, Downtown and The Banks "counterproductive."

"I would like to see ridership be cost-free to the rider," Mann told WCPO in 2018.

For Matt Jacob, who rides the streetcar between his OTR home and his Downtown office nearly every weekday, purchasing streetcar fare is part of his daily routine. However, he said he often notices other people struggling with the ticket machines.

"You still see friction with people that are new that are either fumbling around with the kiosks because they didn’t realize they had to pay," he said.

John Schneider — known colloquially as "Mr. Streetcar" due to his outspoken advocacy for the project — agrees.

"It’s not the money cost that affects the ridership. It’s the process of buying a ticket for what in many cases is a very short and often discretionary trip," he said.

Even after resolving technical issues with the ticket vending machines, the streetcar still requires a multi-step process with numerous fare-purchase options in order to buy a ticket at one of the station kiosks.

Schneider said it's too "complicated."

"I can buy a ticket fairly quickly because I know how to do it," he said. "Most of the people using the streetcar are people from the suburbs who probably don’t use buses generally, who are coming down to explore our Downtown for the first time maybe in many years, and they’re confused by it."

Both Jacob and Schneider agreed the process deters new riders from hopping on the streetcar.

"I’ve seen quite a few times where people will be at the kiosk and literally have the streetcar pass them by because they don’t have enough time to get it and get on," Jacob said.

It's an issue the city's streetcar manager, Travis Jeric, said he's working to address. He said he wants to know if making the streetcar free to ride would enhance ridership, but he's also aware that the city can't afford to foot the bill alone.

"If we make it free, we lose all that revenue and we put ourselves in a hole," he said. "I think that’s a sound theory that we need to collect data and present to fully support."

Part of collecting that data is offering promotional "free ride days," such as the one the city offered for OTR's April 20 Earth Day celebration at Washington Park. Jeric also announced Wednesday that Woods Hardware — located on Ninth Street near the streetcar route — was sponsoring a free ride promotion for game-day Reds ticket holders. Reds fans headed to a game can now ride free.

"It is one of my goals to carefully examine the free ridership over the course of the next year to collect that data," Jeric said.

There is some evidence to support free fares boosting ridership. Kansas City launched its own similar streetcar system just a few months before Cincinnati did in 2016. The city never collected fares on the 2.2-mile connector and has seen massive ridership since its launch —  about 5,000 rides each day in March alone. Cincinnati's streetcar averaged 1,130 daily rides in the same month.

"That’s all it takes is one experience like that, and that person, that family, that group of visitors from out of town — they never use the streetcar again," he said. "They feel it’s just a hassle."