'Most communities want investment. But they don't want to be displaced' 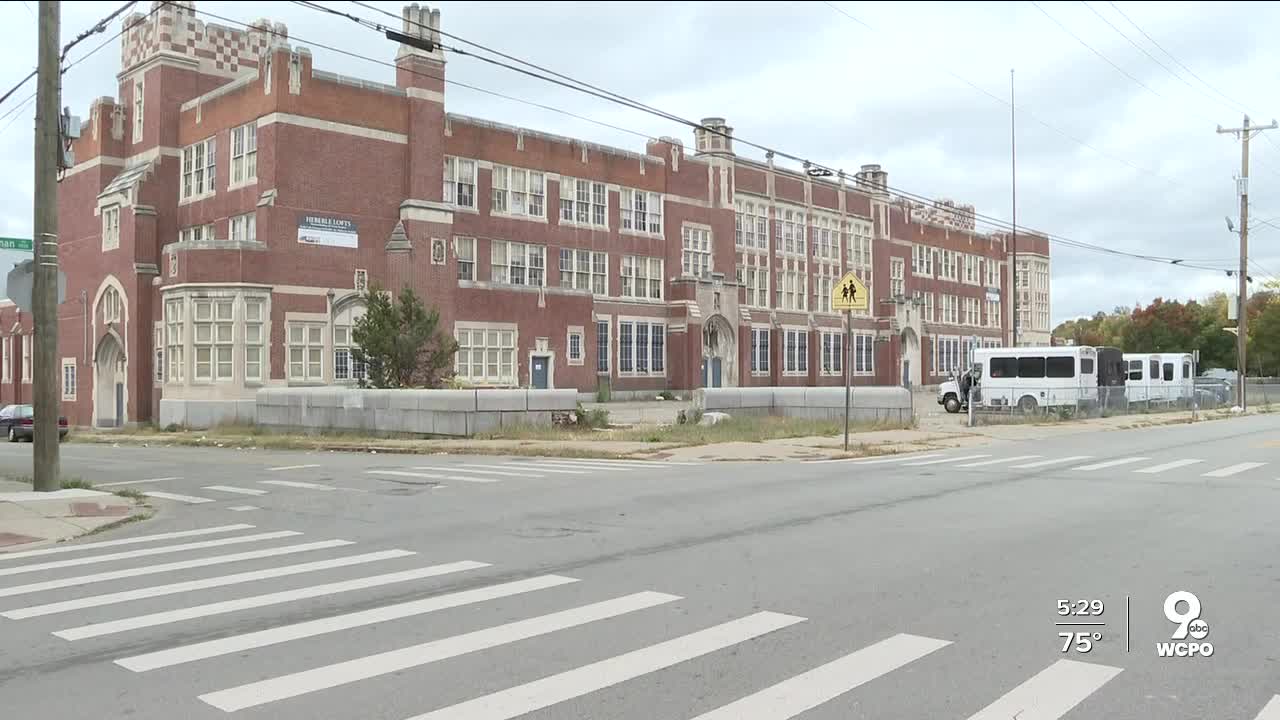 Golan Marom may not be from the West End, but he feels a connection to the buildings in the neighborhood. 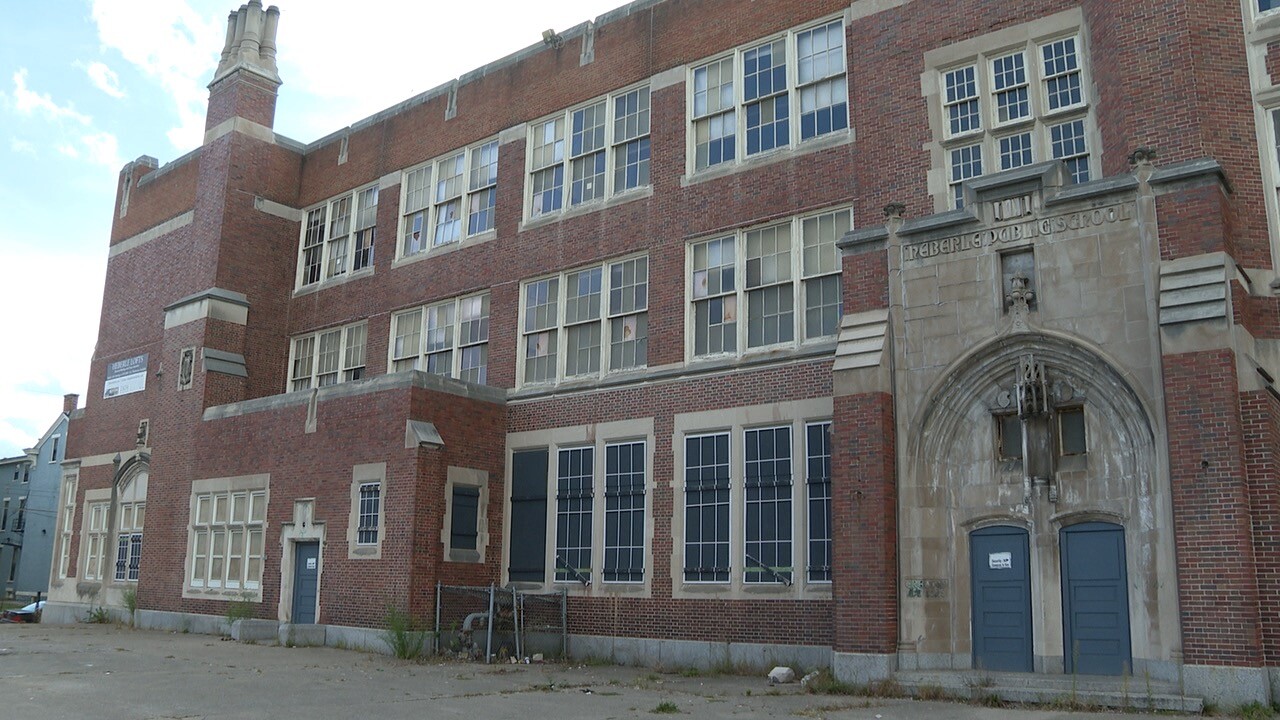 CINCINNATI — Golan Marom may not be from the West End, but he said feels a connection to the buildings in the neighborhood anyway.

“The architecture and the history of that area, I think, is really, really wonderful,” Marom, the CEO and founder of Zada Development, said. “I think that it’s unique in that it just has its own character to it.”

The developer from New York is fixated on redeveloping the Heberle Elementary School building on Freeman Avenue, a vacant property he acquired about two years ago. Built in 1929, the school has been closed since 2007 because of its poor condition and students’ declining enrollment. Some in the neighborhood say the building has been languishing over time, as evidenced by its cracked and boarded up windows and the weeds springing up from the pavement in its front yard. In 2018, it was reported that a part of the building’s facade fell, sending bricks into the street.

Still, despite the extensive repairs that will have to be made to the building, Marom is enamored with Heberle’s charm. His vision is to rehabilitate it into a set of lofts, specifically for artists and recent college grads, as well as commercial space. He said he wants to serve the local community and create a living space that is welcoming to young people.

“What I think that the community's lacking is not necessarily affordable housing, but maybe something, you know, a step above that,” Marom said. “You know, so housing that's unassisted but that’s at a price point that people that are starting their lives, you know, can feel comfortable in.”

Marom’s plans are a steep departure from the original plans to redevelop Heberle. He said there were once plans to turn the school into a luxury housing space within a larger project to revitalize up to 20 blocks in the West End. He also said the expansive project was being coordinated by an entity that no longer exists, and that he is now solely the owner of Heberle. Marom would not say much about the entity or specify his or Zada Development’s involvement with the prior project.

Cincinnati Public Schools' Kathleen Crable, the Heberle School and the nearby Lafayette Bloom School on Bank Street were sold to Eli Alkobi in 2012 for $60,000 each. Alkobi did not respond to WCPO's efforts to contact him for this story.

Because he has pivoted to creating housing that is more affordable, Marom is back to the drawing board in determining costs and the construction process. It is uncertain when development will start, and Golan said he will have to reapply for the tax credit he previously received to renovate the building from the Ohio Historic Preservation Tax Credit Program. He declined to share estimates about the project's cost or the rates of the lofts.

Marom said he will maintain the building’s architecture, particularly its facade. The old classrooms will be turned into individual units. Marom said he hopes to use at least part of the space as housing for participants in an artists’ residency program that he would create in partnership with one of the local cultural institutions.

Another idea is to open up the school’s gym area to give the neighborhood a public space. Marom said Zada Development has been consulting with locals around the West End area, especially those living on the nearby Dayton Street, in an effort to be inclusive in its plans.

“We're doing our best to listen to the community,” Marom said. “Some people want, you know, condominiums and high-end lofts and luxury lofts. Other people, you know, don't really have a clear indication of what they want. They just don't want the area to be gentrified, essentially.

“We're doing a little bit of everything that everyone wants... And I think that that's what makes sense for that area. Because it's not quite Over-the-Rhine. It's not quite Walnut Hills. It's its own thing.”

The West End’s history of reinvention

The reinvention of the Heberle School, an obvious marker of the West End’s distant past, feels symbolic of the dramatic shifts that have made the West End so distinct from other Cincinnati neighborhoods. The 20th century brought sweeping changes to the landscape and the population alike.

“We think of Over-the-Rhine today as a huge historic neighborhood, and yet the West End was about double that size,” said Anne Delano Steinert, a visiting professor at University of Cincinnati and the vice chair for fundraising of the Over-the-Rhine Museum. “So it was very big, and therefore held diverse populations each had little pockets throughout.”

The West End initially established itself in the 1800s as a comfortable but growing area with diverse industries and a largely white, middle-to-upper-class population. However, many of those affluent residents were lured to the hillsides in the early 1900s by attractive homes with newer, technologically advanced amenities and increasing transportation options.

Their departure created space for Jewish immigrants and and an even larger crowd of Black migrants from the South to settle into the area. The West End would continue to have residents from different racial and ethnic groups, as well as economic classes. However, it quickly evolved into a predominantly Black and lower-to-working class neighborhood and would eventually house most of Cincinnati’s Black residents.

According John Emmeus Davis’ 1991 book, "Contest Ground: Collective Action and the Urban Neighborhood," Black residents made up only 10% of the West End’s total population of about 36,216, with just over 3,600 people in 1900. That was 25% of the city of Cincinnati overall.

Those figures ballooned exponentially by 1930, with Blacks making up 63% of the West End at almost 30,000 residents and 61% of the city overall. (The West End’s total population size had plummeted to about 47,000 people.)

Laverne Summerlin, a professor of English at the University of Cincinnati, shared fond memories of growing up in the West End in the mid-20th century. She said that most people in the area were poor and recalled living in cold-water tenement buildings and housing projects. However, she noted that there were still well-off professional Blacks in the area, too, and that local educators cultivated young talent who would go on to become successful executives, doctors and academics.

“When you're in that environment and you don't have to deal with racism, there's an element of safety here,” Summerlin said.

As the West End increasingly became known as a central location for Cincinnati’s Black community, it also sprouted cultural landmarks that enriched its vibrant, bustling character as a neighborhood. The old Cotton Club that stood on the corner of Sixth and Mound Streets was once the hottest nightclub in all of Cincinnati and drew celebrities from all over the country, including Mae West, Ezzard Charles, and Sarah Vaughan, with its swinging live jazz performances.

The Regal Theater on Linn Street also is known for its legacy of offering top-notch entertainment to the West End’s Black residents through movies and live shows starring greats like James Brown and Smokey Robinson. Locals also remember the mom-and-pop stores, the various churches and schools that once lined the streets, and a park that used to lie between Union Terminal and Music Hall where neighborhood children played.

Gina Ruffin Moore is a member of the Princeton Board of Education and the author of “Cincinnati,” an installment in The Black America Series. In it, she references a number of public figures and cultural landmarks in the West End.

“There they found everything," Ruffin Moore said. "Barbershops, places to see. The Green Book had places that you could stay. You know, it was a wonderful, thriving community, and many businessmen, people who could support themselves and were not working for others. You didn't have to leave West End to do anything.”

The Heberle School had its own special place in the West End’s history. Heberle was named after Joseph Heberle, a local German immigrant who drove a team of horses as a delivery man. He evolved from his role as a teamster when he learned that the children he saw playing in the street could not go to school because their parents could not afford the fees for their books. This inspired him to become an activist for expanding access to education for children from low-income backgrounds.

“He was a very radical thinker,” Steiner said, “and he was involved in lots of union organizing.”

The effects of displacement

However, that bustling character that had come to define the West End’s dense neighborhood was irreparably disrupted when the city carried out its urban renewal project that was outlined in 1948. Almost 3,000 buildings were demolished in order to construct I-75 through the neighborhood, most of which happened in a pocket of the West End called Kenyon-Barr. Approximately 26,000 people were displaced from the area, with the overwhelming majority of them being African American. That meant that only about 17,000 people were left in the West End area alone, and vulnerable residents were forced to reestablish themselves in other neighborhoods around Cincinnati, primarily Avondale, while still struggling with low wages and limited options for housing and employment opportunities. What was once Kenyon-Barr is now a sparsely-populated industrial area referred to as Queensgate.

The West End has yet to recover from the major wipeout it experienced during I-75’s construction. In a 2018 housing study by The Port of Greater Cincinnati Development Authority and the Seven Hills Neighborhood Houses, there were less than 7,000 residents in the area. Despite being noted for the economic, recreational and redevelopment gains it will bring to the area, the FC Cincinnati Stadium being built on Central Avenue triggers anxiety and frustration among some of those residents who have been impacted by its resulting displacement and are concerned for the West End’s future.

Marom is aware of the gentrification that has been happening in the area, but does not see his project redeveloping the Heberle School as something that contributes to the negative effects that the West End has historically experienced in its phases of reinvention.

“[I]t's a blighted area," Marom said of the immediate area surrounding the Heberle School. "I think, I think the community needs to feel that that area is being revitalized. Because, right now, nobody has put any effort into it... I think the community deserves a little bit better than that. They deserve an area that's growing with them and with them in mind.”

Locals, however, are still leery of what major neighborhood enhancements like that of the Heberle School could mean for the area’s future, even though they acknowledge the positives that can come with gentrification.

“It's always better to use a property than to leave it as a blighted space,” Ruffin Moore said. Still, she said, eventually, the West End will be unrecognizable.

“The truth of the matter is that the West End won't be the West End 20 years from now," she said. "We have to preserve the history, and the hard work of the people who established the West End.”

Robert Killins, West End’s Community Council President, said it will be crucial for the community to have a plan that will allow longtime residents to live comfortably alongside ones who are just moving in. But he acknowledged that new amenities can not only mean displacement and higher rent costs, but also increasing property taxes that could put pressure on some homeowners.

“Most communities want investment," Killins said. "They want their community to be improved. They want to see change and betterment. But they don't want to be displaced.”