Tri-State manufacturing is 'worker's market' now — even for the inexperienced 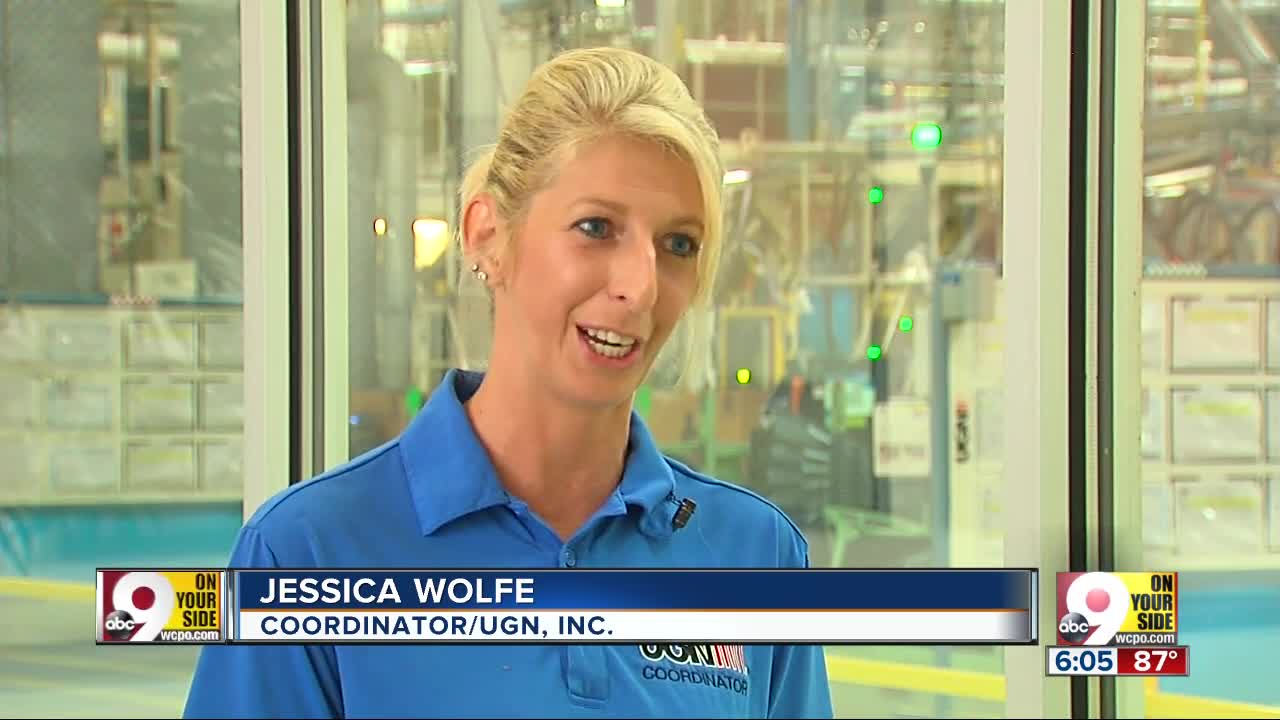 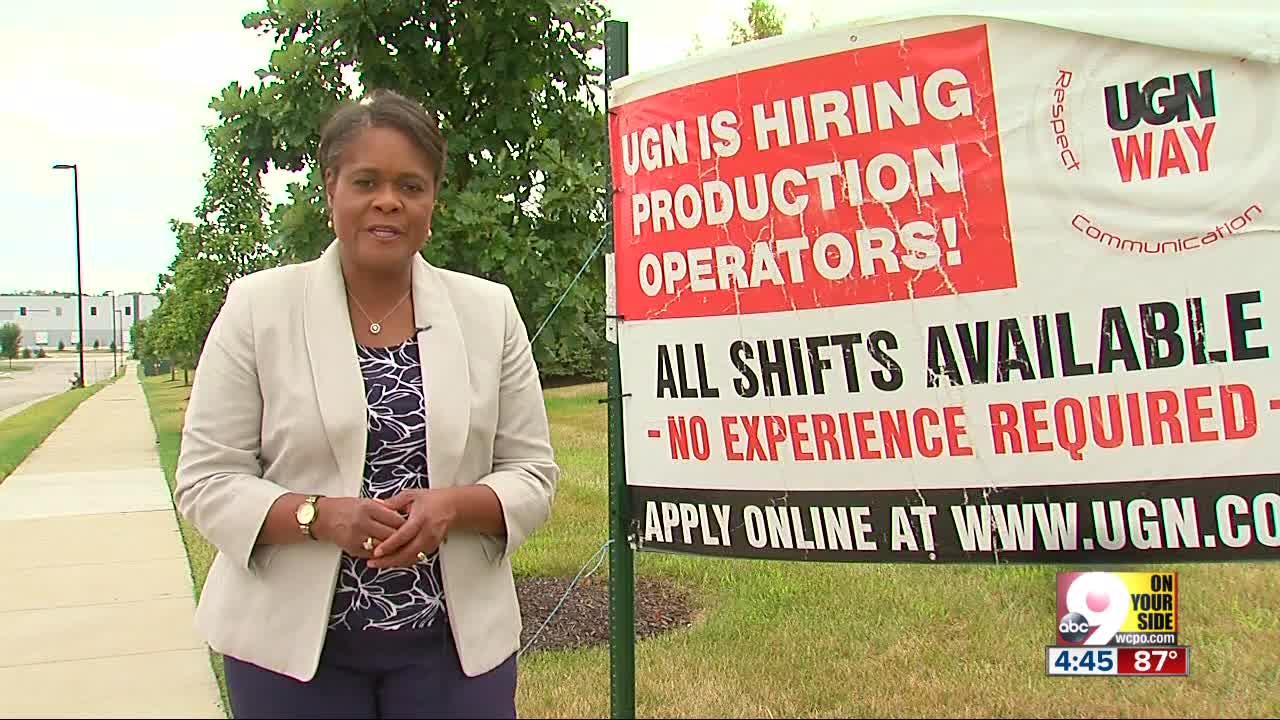 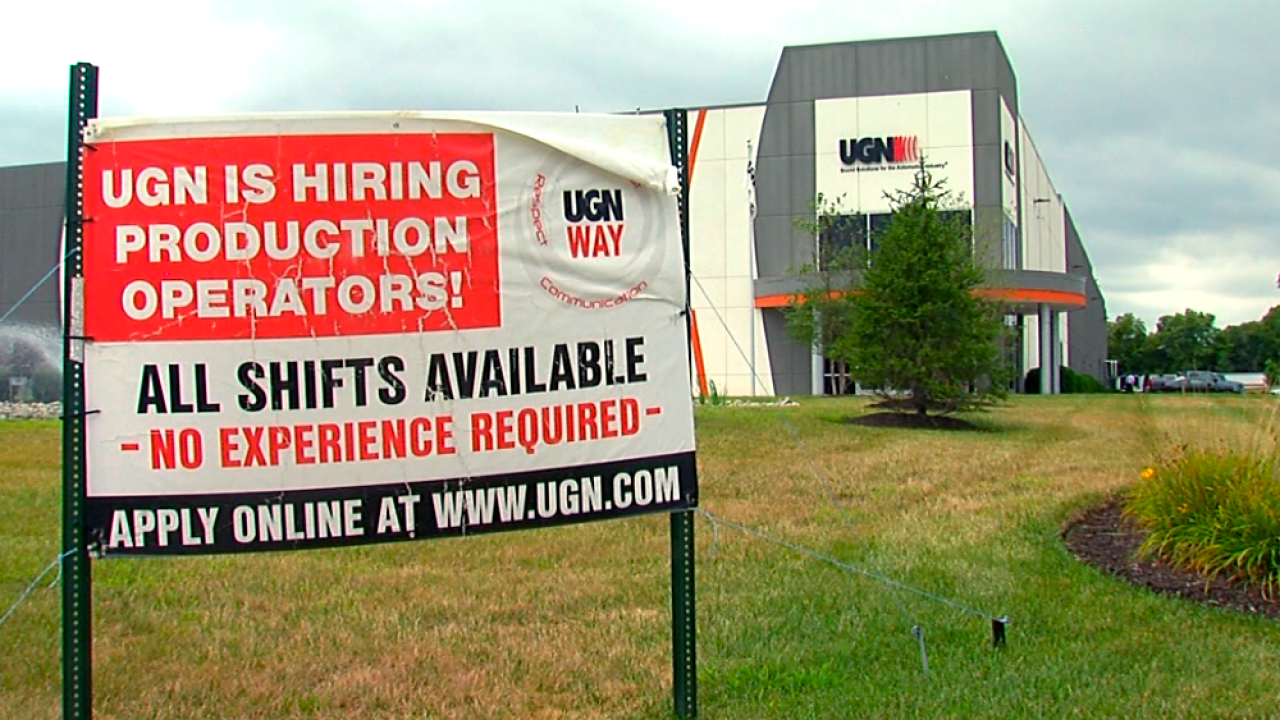 One year ago, Jessica Wolfe was a single mom with a degree in early childhood education hoping to re-enter the workforce. She filled out an application at a manufacturing company in Monroe.

"I applied and they called and gave me a job. And I said, 'Okay I'll try it.' Never worked in manufacturing before in my life," she said.

The self-described quick-learner did well enough to earn a promotion within a few months.

"(I) was a team lead probably for about four or five months, and then a coordinator job came open," Wolfe said.

Now, she is a coordinator and supervises a group of workers on her shift. Wolfe works at UGN, Inc. The Tinley Park, Illinois-based manufacturer of acoustic interior carpet and thermal products for a number of Japanese automakers with North American manufacturing plants. The Monroe facility opened in 2015 and has already expanded.

"We completed the expansion in January of this year," said Brian Tragesser, director of engineering at the company. "(We) added another 155,000 square feet of manufacturing floor space, which created an additional 110 positions."

UGN in Monroe has about 350 workers. A large sign outside the facility advertises that the company is hiring with "no experience necessary." Inside, robots perform a portion of the work.

"If a team member wants to advance and learn robotics, we have that program to allow them to learn that skill set," said Tragesser.

Offering opportunities for advancement and learning new skills is attractive to some workers.

"I'm here. I have no experience, didn't know anything," said Wolfe. "The sky's the limit for me. I'm just going to keep going."

Tragesser said offering advancement opportunities is "a key advantage that we have." He said the company also offers a starting wage of $14.55 per hour, which is comparable to other nearby employers. Amazon's new Monroe fulfillment facility is next door.

“Finding talent is a challenge that companies across the country are experiencing," said Kimm Lauterbach, president and CEO of REDI Cincinnati. "Companies look at a variety of factors to overcome that challenge, including wages, benefits and culture. It’s a workers’ market, and it’s not just an issue we’re facing in the Cincinnati region, but I'm confident that we're well positioned to overcome it."

Tragesser said the environment is another key component to keeping workers on the job.

"We feel that the environment that we create is very team-oriented," he said. "Versus typical warehousing job where it's pretty individual based."

The Monroe facility is one of five manufacturing locations in North America. Tragesser said they selected Monroe because of its proximity to Honda Civic manufacturing plants in Greensburg, Indiana and Ontario, Canada. The Monroe location also manufactures acoustic interior carpet for Subaru and Toyota.

"I don't really want to go back to teaching," said Wolfe. "I like it here."