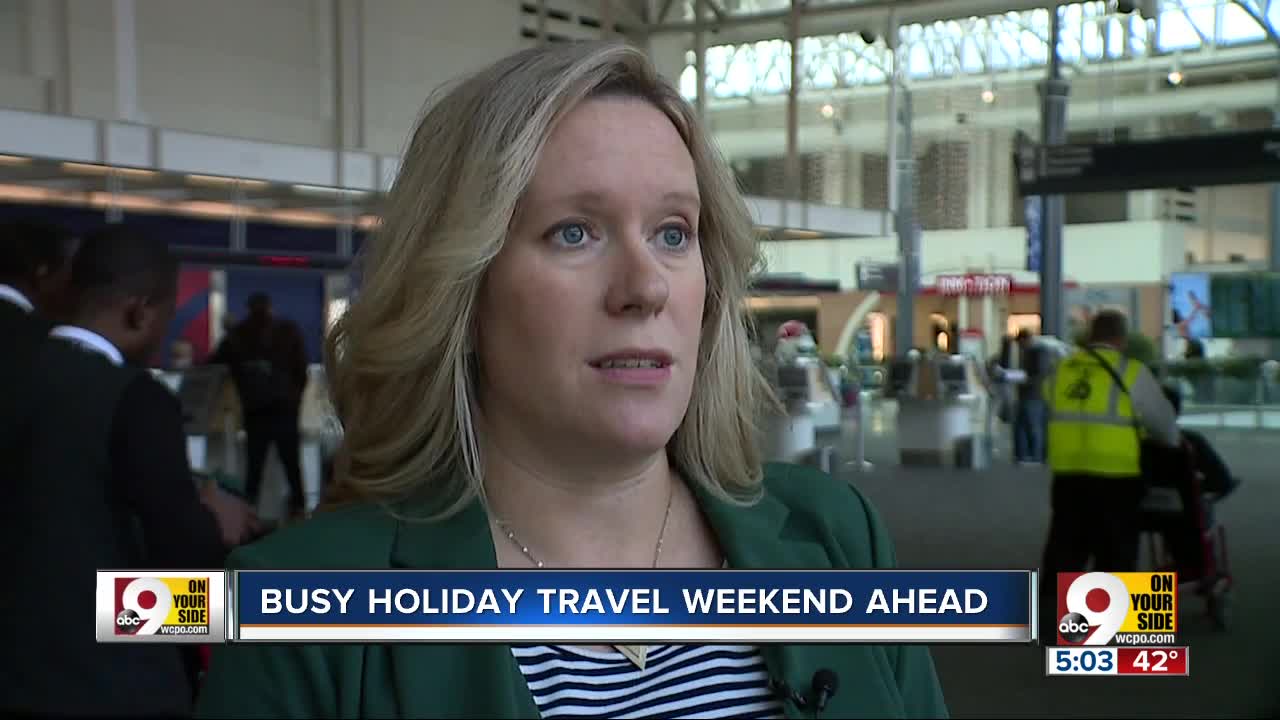 Whether you're flying out of the Greater Cincinnati/Northern Kentucky International Airport or hitting Tri-State highways this weekend or the days to follow, you won't be traveling alone. Not by a long shot.

Whether you're flying out of the Greater Cincinnati/Northern Kentucky International Airport, or hitting Tri-State highways this weekend or the days to follow, you won't be traveling alone. Not by a long shot.

Friday is when the hustle and bustle will really get started, said CVG spokesperson Mindy Kersher.

"We will serve 305,000-plus passengers (from this Friday) until after the new year," Kershner said.

Kershner said a substantial number of those traveling out of CVG will drive from outside the Tri-State area to take advantage of the airport's increasing number of affordable flights to more destinations.

"We see a lot of folks coming from Louisville," she told WPCO. "We also do see a lot of people coming from Dayton, Indianapolis, Lexington, as far as Columbus. We also see folks from Tennessee, so I think the northern part of Tennessee, and then even West Virginia coming to fly out of CVG."

As for those traveling by car, AAA spokesperson Jenifer Moore said the nation as a whole -- as well as the state of Ohio -- will see more vehicles on the road than any other year in nearly the last two decades. Moore said AAA predicts nearly 5 million Ohioans will drive to and from their holiday destinations between Friday and the New Year.

"The economy is a huge driver behind this," Moore said. "Unemployment is kind of low as well. So, again more money in your pocket means more opportunities to travel to see family and friends."

Here are some tips if you're planning to sojourn away from the Tri-State this holiday fortnight: