Transit advocates have a plan for better bus funding, but how will they convince county voters? 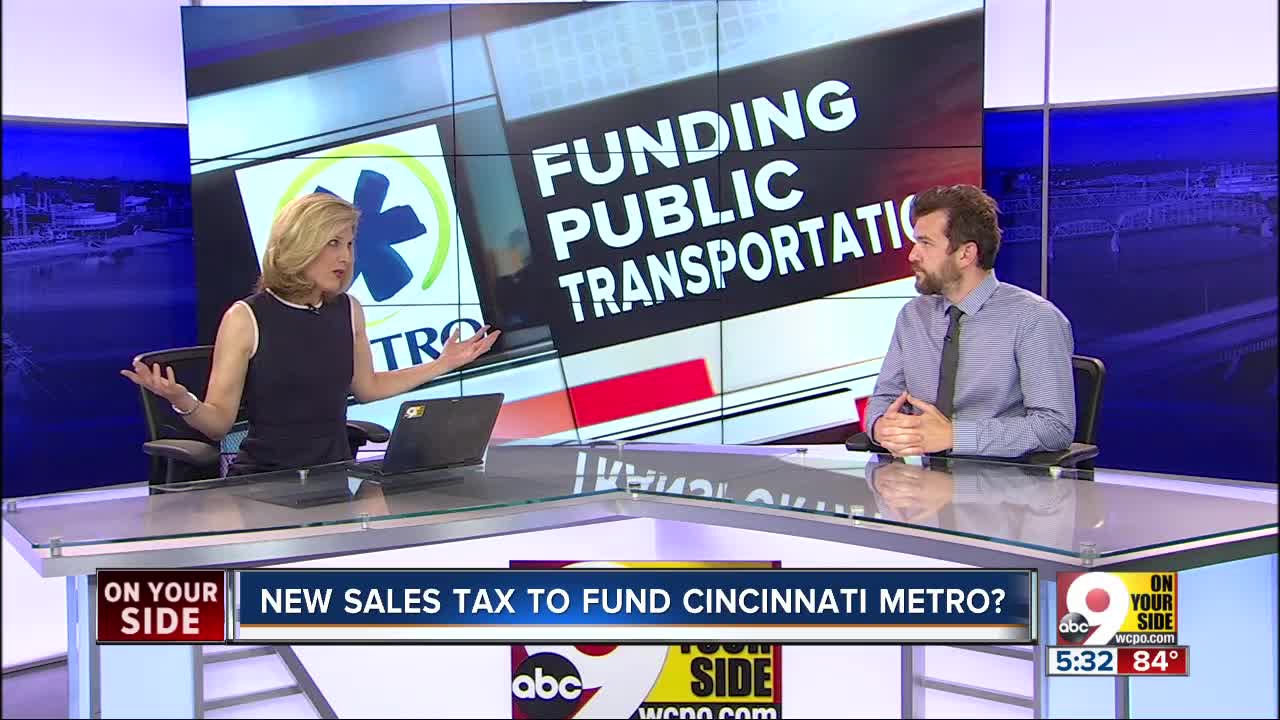 Metro is facing a financial crisis it's never seen before, with a $60 million budget deficit projected over the next decade if leaders and voters can't agree on a new source of funding. Officials believe that in order to save the region's largest public transit option, they'll have to poney up for something else, as well: roads and bridges. 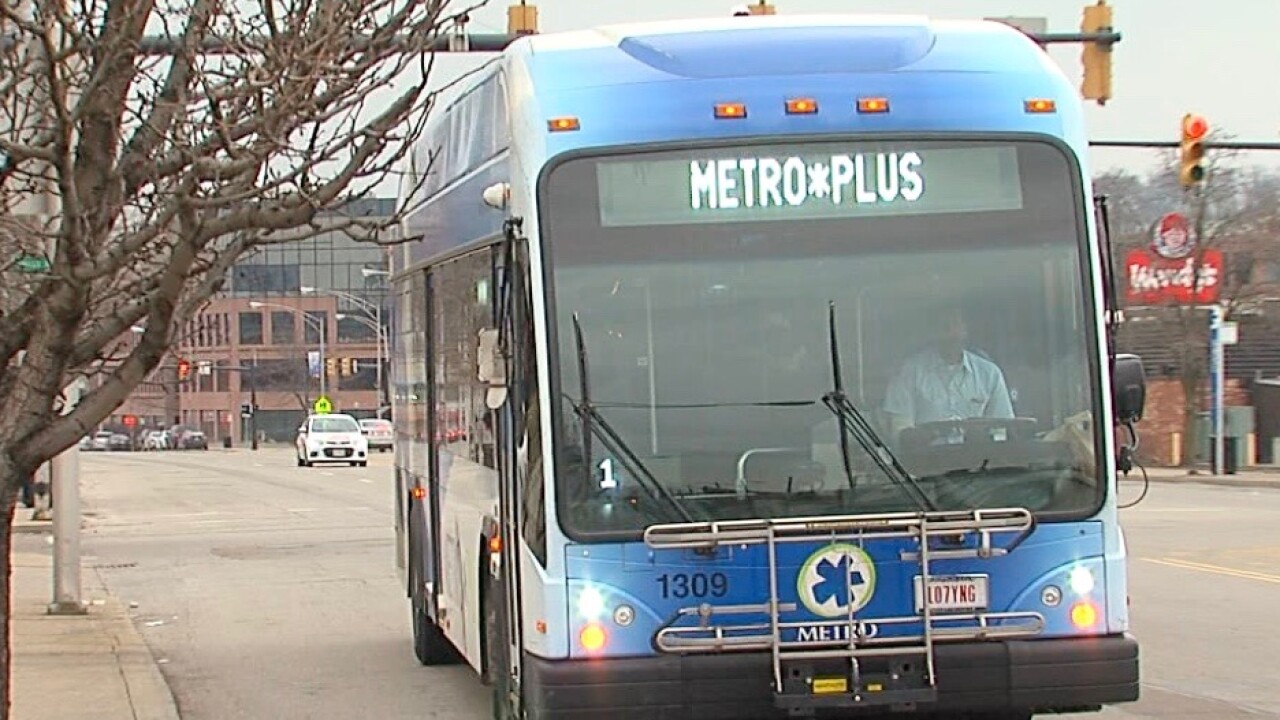 Just a few hundred feet from a bus stop at the busy corner of Mitchell and Spring Grove avenues, more than 100 community leaders and transit advocates gathered last week at Taft's Brewpourium for a town hall-style meeting. Their goal: to jumpstart a campaign for something Hamilton County hasn't accomplished in nearly 50 years.

They want to find a new way to pay for Cincinnati Metro's floundering bus system.

Voters last approved a funding mechanism for Metro in 1972, when they allocated 0.3 percent of the city of Cincinnati's earnings tax toward public transit. In the decades since, multiple attempts to add a sales tax levy component to that funding model stopped dead in the voting booths -- most recently in 2002, when Hamilton County voters shot down the Metro Moves plan, also known then as "Issue 7," by nearly a two-to-one margin.

But now Metro is facing a financial crisis it's never seen before, with a $60 million budget deficit projected over the next decade if leaders and voters can't agree on a new source of funding. Officials believe that in order to save the region's largest public transit option, they'll have to poney up for something else, as well: roads and bridges.

"We know that our bus system is woefully under-resourced," said Pete Metz, who heads up transportation initiatives for the Cincinnati USA Regional Chamber of Commerce. "At the same time, we know we have crumbling infrastructure."

Metz and his team organized last week's town hall, where they -- along with representatives from Cincinnati City Council, the Ohio General Assembly, the Cincinnati Metro administrative staff, the Southwest Ohio Regional Transit Authority Board of Trustees, the Better Bus Coalition, and others -- made their first official pitch to the community for a new, county-wide sales tax levy that would collect revenue not just for boosting bus service, but for upgrading the roads and bridges those buses use, as well.

Subpar service in the suburbs

It doesn't take long, when riding Cincinnati Metro, to find evidence of its financial troubles. As WCPO has reported extensively, even seemingly simple amenities like shelters and benches at neighborhood bus stops have diminished over the decades.

Seventy-seven-year-old East Walnut Hills resident Barbara Wolf rides Metro every day, but after walking several blocks to her nearest stop, she finds nowhere to sit while she waits.

"I think it's very hard on people," she told the I-Team last fall. "Especially mothers with children, people with packages, seniors, people with injuries. It's difficult."

Metro's fleet of buses is aging faster than they can replace them, too: In 2017, the transit authority reported that nearly a third of its buses had exceeded their acceptable lifespan. Late last year, though, Metro announced it had received federal grant money to replace as many as 70 of those coaches.

But the quickest way to visualize the thinning of Metro's services is to visit one of Cincinnati's suburban neighborhoods.

The steepest decline in bus service began a little more than a decade ago, during the Great Recession of 2008. Former Metro CEO Dwight Ferrell explained that was when, in order to continue reaching riders in the region's outlying areas in northern Hamilton County and Warren County, the transit agency had to reduce bus arrival frequency and hours of service across its entire network. That meant longer wait times for the next bus and shortened portions of the day when riding the bus was even a possibility.

A perennial lack of funding for anything beyond maintaining current service -- and even that wasn't always possible -- also bogged Metro into an antiquated "hub-and-spoke" design. Rather than providing crosstown routes that connected the outlying suburban neighborhoods directly, the current network requires riders living in the suburbs first to bus into Downtown's central "hub," then bus back out to their destination. This means someone who lives, for example, in Madeira and works in Green Township could face as long as a two-hour bus commute each way, when accounting for transfer times.

It's not just wait times and hours of service either. Take, for instance, a bus stop that until last year sat on Daly Road in Springfield Township. It made headlines with the national transit and transportation website StreetsblogUSA last summer when a local bus rider nominated it for "sorriest bus stop in (North) America," due to its inconvenient position adjacent to a guardrail without a bench or sidewalk where riders could wait.

After coming in second in that "contest," Metro moved the stop to a more convenient location down the road.

As a consequence, all this has meant fewer riders year after year: In 2015, Cincinnati Metro provided roughly 17 million rides. By the end of 2019, officials estimate that total will have shrunk to roughly 14 million per year.

Getting the county back on board

With a stated goal of reaching 20 million bus rides by 2021, Cincinnati Metro certainly has to about-face and cover a lot of ground, and everyone agrees the current $100 million annual budget isn't enough boost service levels back to where they might be more appealing to all residents of Hamilton County -- not just city dwellers.

That's why leaders have begun replacing the word "transit" with "transportation" when talking about what a new sales tax levy would provide county residents.

"Infrastructure is a major selling point of this plan," said Pete Witte, a city resident who has served on the Price Hill Civic Club, the Cincinnati City Planning Commission and the Hamilton County Planning Partnership, among other official capacities on the West Side. "God forbid another chunk of concrete falls from the (Western Hills) Viaduct, and then we’re facing its emergency closure."

For Witte and others, losing access to the Western Hills Viaduct -- the primary artery connecting west Hamilton County neighborhoods to the city center -- is just as pressing a threat, if not more so, as continued loss of bus service.

Concerns like Witte's over crumbling bridges and deteriorating roads often overshadow in voters' minds the needs felt by public transit systems, especially in a region where a large majority of commuters travel by single-occupant vehicles. That's why Metz is trying to re-frame the conversation and combine the two issues into one.

"You can't silo transportation," Metz told WCPO. "Buses need the roads just as much as cars do, and so having an efficient and effective transportation system -- whether that's because you're on a bus, car, or moving in any other way -- you have a system that's comprehensive and meets the needs of the community.

"What we're proposing is putting a plan before voters that allows them the opportunity to say, 'Yes, I want to improve transportation in my community. I want to drive over safe bridges and roads, and be able to ride the bus where I need to go,'" Metz said.

The current plan -- backed by SORTA, the chamber and other officials and advocates -- would repeal the city's 0.3-percent earnings tax contribution to Metro and replace it with a 0.9 or 1 percent sales tax levy throughout the county. This, Metz estimates, would generate roughly $150 million annually for Metro. That would mean a 50-percent increase in Metro's annual budget, and could provide for longer hours of service, more frequent bus arrivals, new routes (including some crosstown routes), and the potential for bus rapid transit corridors with dedicated bus-only lanes.

It would also allocate a portion of that $150 million toward road and bridge projects, something until recently barred by Ohio state law. Ohio State Rep. Bill Seitz, R-Green Township, authored and pushed a bill through the General Assembly amending Ohio code to allow transit authorities to levy a sales tax for both transit spending and infrastructure spending.