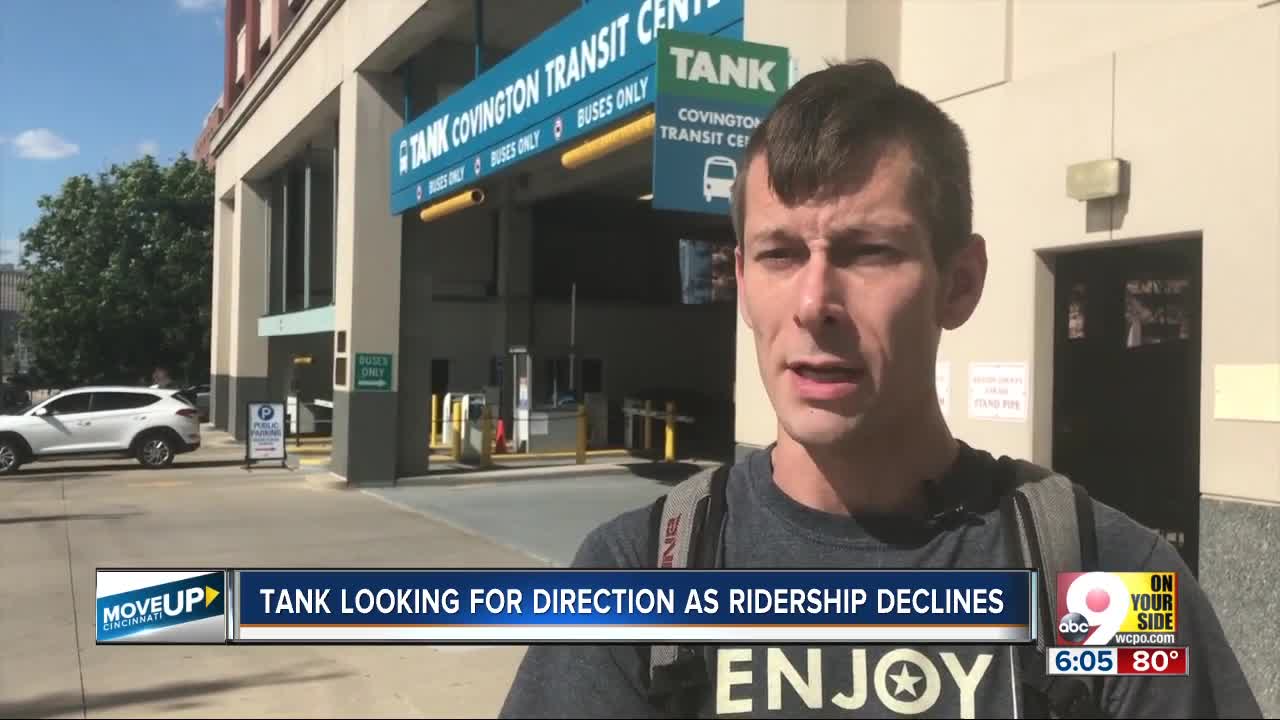 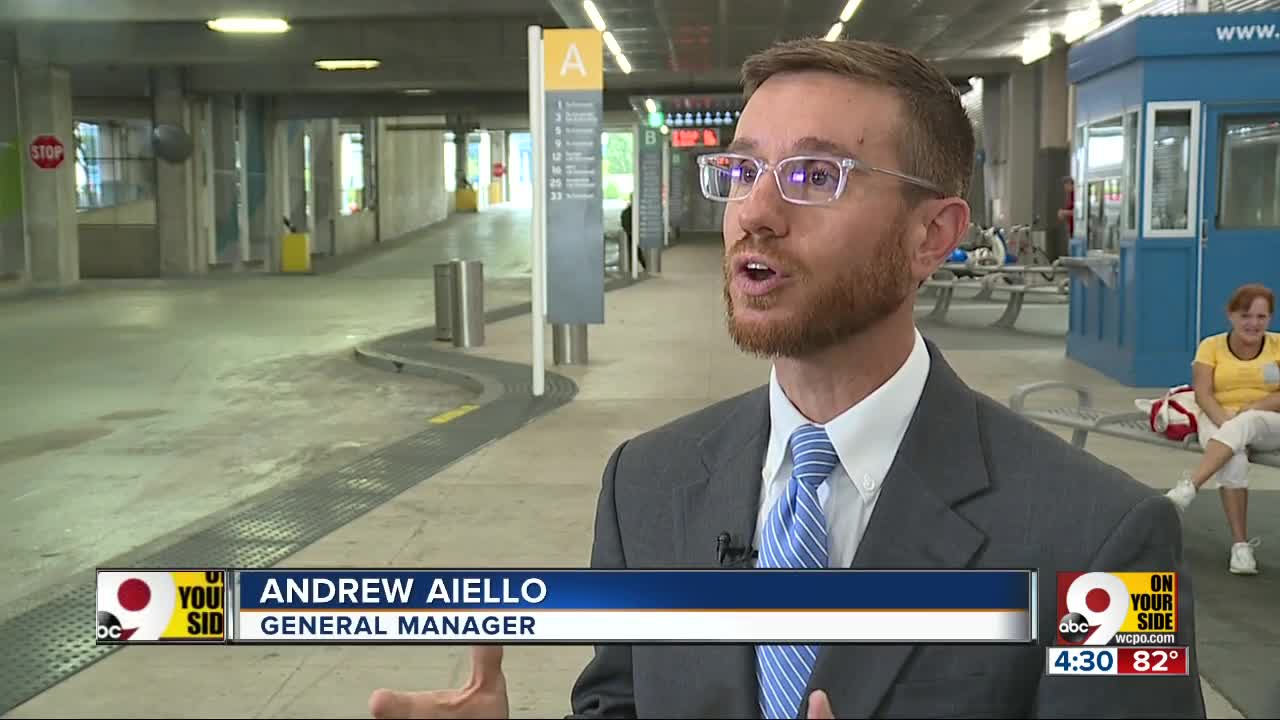 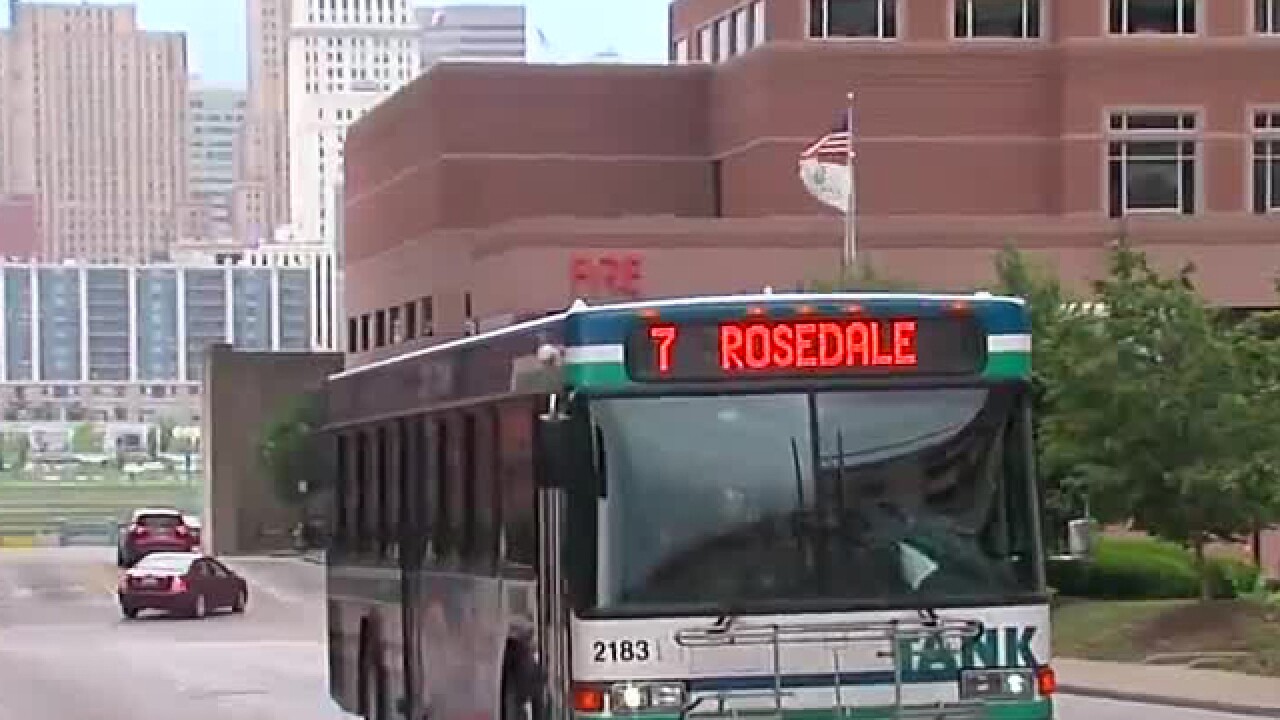 COVINGTON, Ky. — Like its counterpart in southwest Ohio, the Transit Authority of Northern Kentucky has seen fewer and fewer bus riders year over year for the better part of a decade. Now, officials are looking to the public for direction on how to reverse that trend and get more people riding.

"Transit ridership is changing," he told WCPO. "We’re seeing growth in some areas and declines in others. So it’s time we take a really bold approach in looking at the whole system."

TANK leadership will host a public forum/open house Thursday afternoon where riders can speak directly with officials and tell them exactly what they need in order to keep using Northern Kentucky's only public transit option.

"We want to make sure we have a really comprehensive understanding of how our community uses public transit," Aiello said.

Aiello and his team will be listening for input from people like Borden Gewin, a Covington resident who grew up in Florence and has ridden TANK buses regularly for the majority of his life.

"I’ve been a TANK rider since I was a teenager in Florence, Kentucky, and I’ve ridden the bus from Florence to Covington," Gewin said. "And then as I moved closer to the city, I used the bus to get to work, to play, and it’s been a lifesaver many times."

For Gewin, riding TANK is a family tradition passed down for three generations and counting: His mother, Kathy Lacroix, rode TANK's 1X route from Florence to downtown Cincinnati's Federal Building for more than 30 years, and his 4-year-old son, Gus, loves riding the TANK bus to his Ludlow preschool in the mornings.

Gewin himself has used various TANK routes over the last 22 years to go to class as a student commuting to Northern Kentucky University, to run errands and to work. He currently works as a cook at a Downtown restaurant, and uses TANK's Route 33 to get to and from his home in Covington's Austinburg neighborhood.

But TANK is seeing fewer riders like Gewin relying on its service each year. According to Federal Transit Administration data -- provided by TANK -- Northern Kentucky's bus system saw a 9% decline in ridership between 2012 and 2017, and that trend is showing no signs of reversing.

Aiello attributes the decline primarily to an explosion in transportation options over the last five years.

"We’ve had a lot of technological changes with respect to transportation and commuting," he said. "Five years ago, ride share, scooters, electric bikes -- these things weren’t as significant a part of the transportation network as they are today."

He also pointed to the sharp growth in jobs in Hebron near the Greater Cincinnati/Northern Kentucky International Airport.

"The number of people that need to commute there to work every day continues to grow, and part of the assessment is to figure out are we providing the right level of public transit service to get to and from that huge resource in our community," he said.

Gewin's decades-long loyalty to TANK doesn't mean he is without criticism of the transit authority's service. In an ideal scenario, Gewin said, his buses would arrive more frequently.

"Using the bus to get to work — and often times I’ll have more than one job — it can be very difficult, when the window of time I have to get from one job to another using the bus service can be an hour or two," he said. "When it’s a 10-minute car drive, why should I have an hour bus wait to get from one point to another."

He said he'd also like to see more cross-county routes that connect the three counties without first having to travel into downtown Cincinnati.

"I’ve always been curious why there isn’t a bus route between Covington and Newport that goes over the Fourth Street Bridge. Perhaps just a circular loop," he said.

Among other peer bus systems, though, TANK is maintaining ridership better than others. Cincinnati Metro, for instance, has seen nearly double the decline in ridership as TANK has over the same time period, according to FTA data.

Still, Thursday's public forum is the beginning of a prolonged process of adaptation and growth, Aiello hopes.

"Our next step is, this fall, once we gather all that input and the data and the input from our passengers, we will present some draft alternatives to the community, and that’s where we’re going to want another of the public to weigh in on what that future might look like," he said.

"Prepare for some change. We want to make sure that people know that the current system is most likely not going to stay the way that it is. Be engaged early, so that we can make sure that we get it right the first time."

TANK will hold it's public forum from 4-7 p.m. at the Covington Career Center, located at 1324 Madison Avenue -- accessible via TANK's Route 7. Visitors can come and go at any point during that time period, but brief presentations will be given at certain points throughout the session.