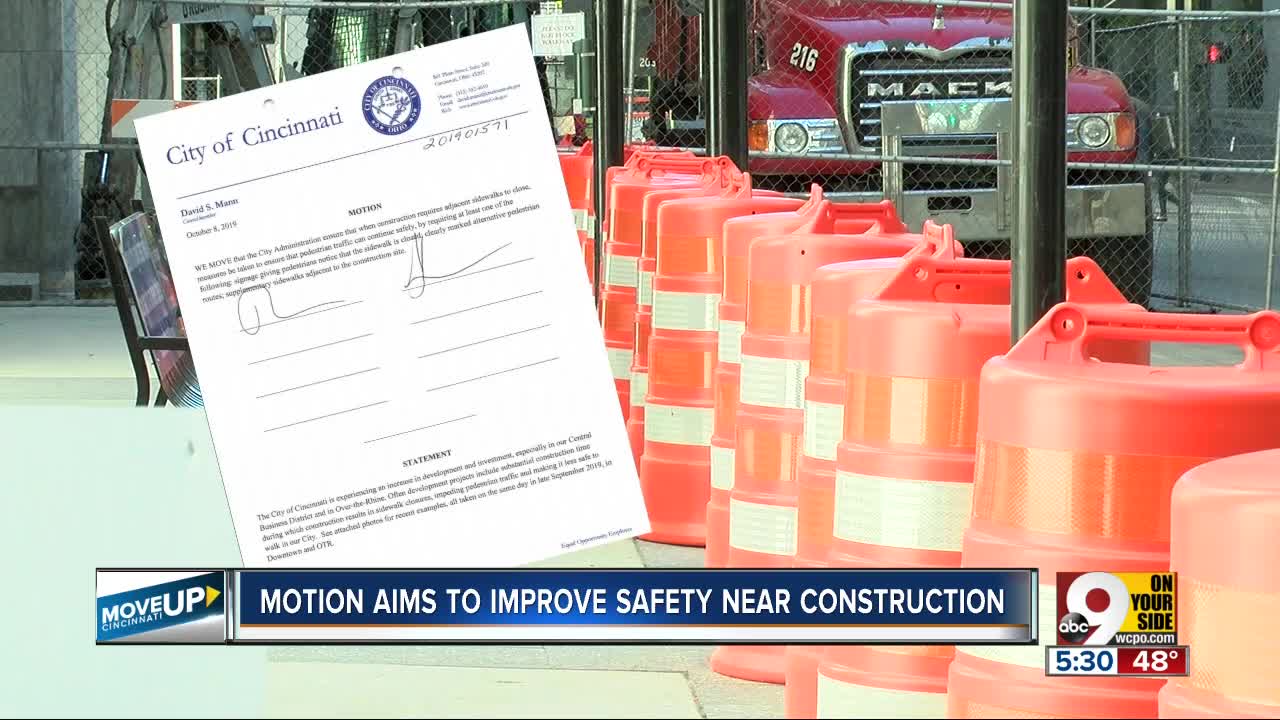 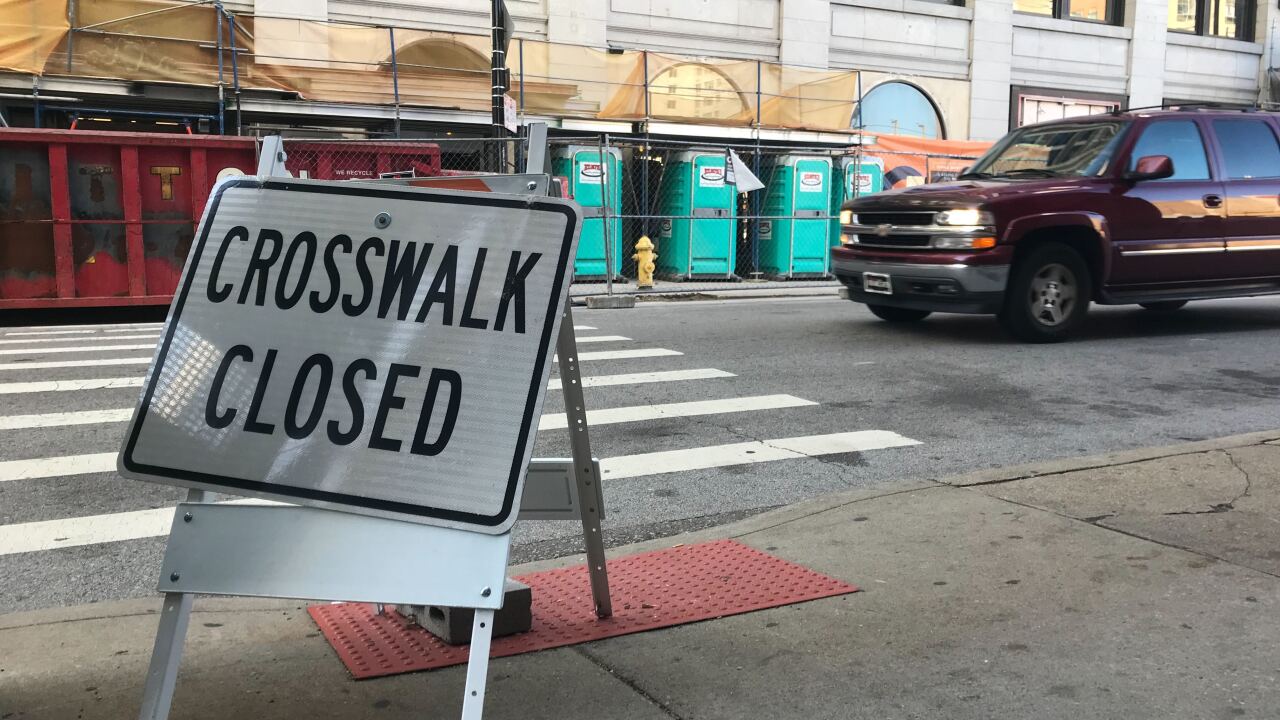 CINCINNATI — As attention grows around the persistent number of pedestrian-involved traffic crashes throughout the city, the number of "Sidewalk Closed" signs populating the streets continues to increase, as well. Now, City Council is poised to make sure people have a place to walk, even when approaching a work site.

In a motion passed this week by Council's Economic Growth and Zoning Committee, Council member David Mann wrote that he wants officials to "ensure that pedestrian traffic can continue safely" around construction sites throughout Downtown and Over-the-Rhine.

"The city of Cincinnati is experiencing an increase in development and investment, especially in our Central Business District and Over-the-Rhine," Mann wrote in the motion, co-sponsored by Council member Greg Landsman. "Often development projects include substantial construction time during which construction results in sidewalk closures, impeding pedestrian traffic and making it less safe to walk in our city."

Waiting to cross Fourth Street -- as part of a detour around construction work taking place at the Federal Reserve building -- Mobarry said, "There’s pros and cons to it. I'm glad to see progress, but I might have to go around, have to wait to cross the street. I might miss my bus because of it."

Mann's motion identified 10 construction projects currently underway in downtown Cincinnati, but the total number of ongoing projects requiring sidewalk closures is likely more, he said. It's his belief that it's not too much to ask for pedestrians to have some sort of warning that they'll have to cross before the reach the obstruction.

"If I'm approaching a sidewalk that's blocked, I ought to get some warning of that," Mann said. "Not everybody is familiar with where all the crosswalks are. Just a little precision in what we warn pedestrians what the options are."

With this in mind, Mann's motion calls for any construction project that requires a sidewalk closure to include -- if not an ad hoc pedestrian area -- signage that indicates where the nearest, safe crossing area is located.

For Mann, it's a symptom of what he calls a "good problem" to have.

"The good news is we have a lot of construction going on Downtown. We worry about parking, new arrivals, new residents. We have to worry about grocery stores for them. These are all good problems, but we have to have a balance that accommodates everybody's needs and interests.

"This is just another step in doing that."

Having passed out of the zoning committee, the full City Council will consider the motion during Wednesday's meeting.