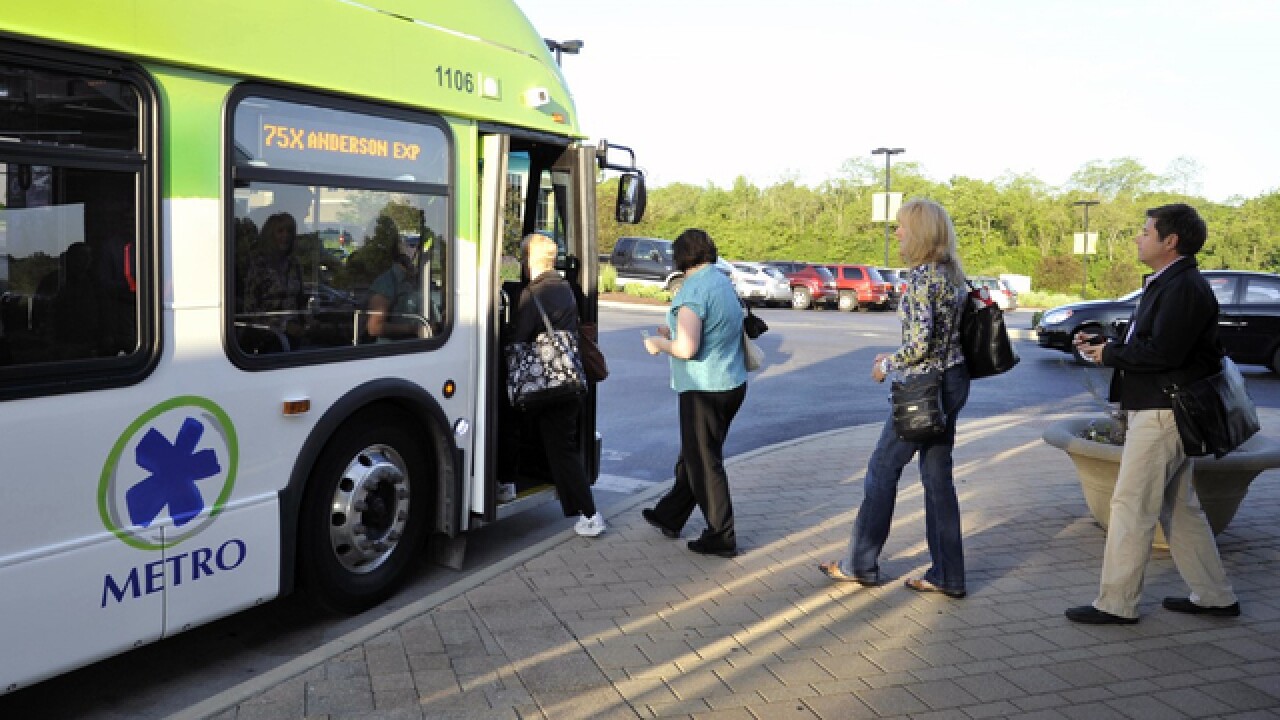 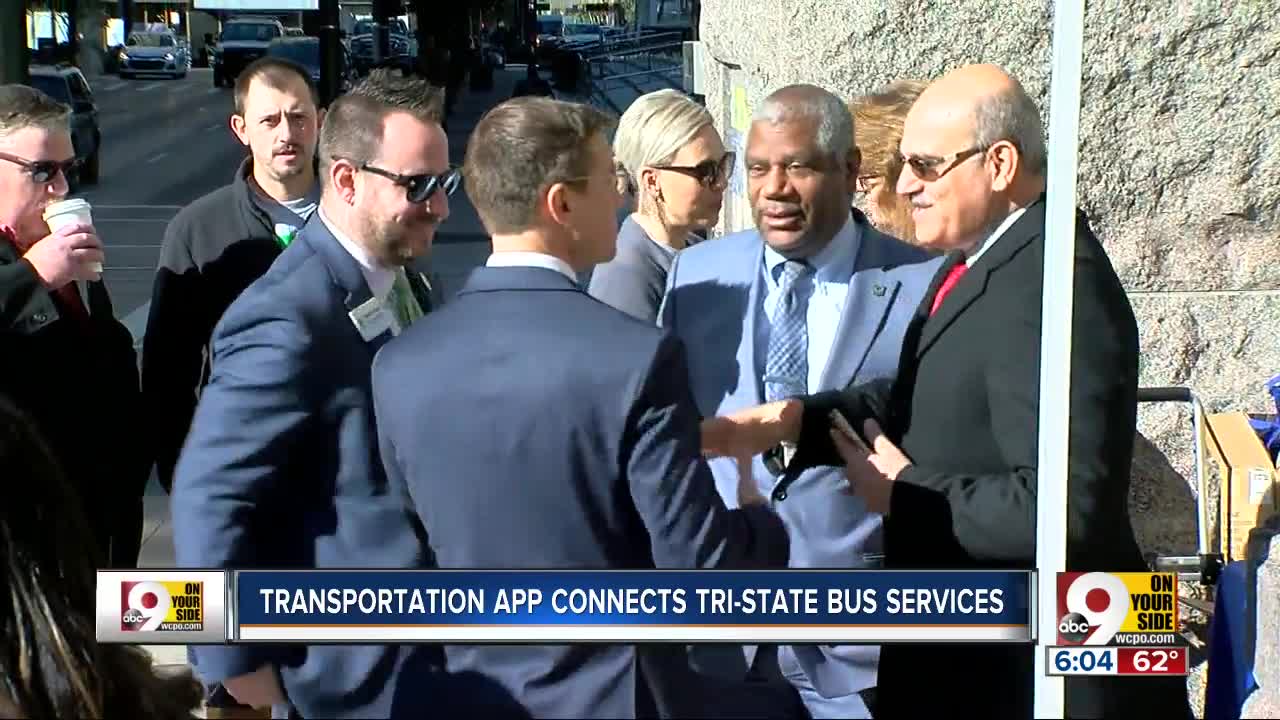 Bus riders throughout Greater Cincinnati can now plan, pay and track their routes from their smartphones in a new app.

Officials with Cincinnati Metro, the Transit Authority of Northern Kentucky and the Butler County Regional Transit Authority celebrated the new EZFare feature in Transit App Wednesday morning with a launch party at Government Square, where officials were on-hand to introduce customers to the new payment option.

West Side resident Jani Fowler was waiting to catch her bus back home when she noticed the crowd of people gathering to learn about the new app. She said she rides the bus every day, but has only ever paid in cash -- saying it's always been easier for her to pay the $5-per-day expense that way instead of using Metro's previous app or the ticket vending machine at the Downtown transit hub.

While she wasn't sure she would use the Transit App to purchase her tickets in the future, she said she really liked the idea of being able to plan her trips.

"Sometimes I have errands that I have to run where it's kind of hard to figure out, you know, which bus to get on and the shortest route, and stuff like that," she said. "That would be probably sort of life-changing."

BCRTA General Manager Matthew Dutkiewicz said the app will make it easier for riders to move between the region's various bus systems.

"We're excited about the potential for moving easier between Butler and Hamilton counties," he told WCPO, referring to one of BCRTA's few Hamilton County transfer stations located near Tri-County Mall in Springdale. 'We've just never really had a good way for people to plan or pay or track their routes together in the same app. It's going to make it much easier for the rider to get back and forth between counties."

Here’s a screen recording from inside @transitapp, where Metro, TANK and BCRTA riders can now purchase tix and track bus arrivals in real-time. @WCPO pic.twitter.com/z63R7UEJzK

Another new option for bus riders that came with Wednesday's launch is a new day-long pass that works on both TANK and Metro buses. Both systems have multiple routes that converge on Government Square, and currently a TANK rider can board a Metro bus with their TANK pass by paying an additional $0.85.

The new app allows riders to:

The Transit App is free and available on iOS (Apple) and Android smartphones' respective app stores. The new app replaces Metro’s existing Cincy EZRide App, which stopped selling Metro passes on Wednesday morning. Riders with tickets in their Cincy EZRide wallets after Oct. 23 will have until June 30, 2020 to use those tickets.

TANK General Manager Andrew Aiello said the app offers something customers have been asking for: A Metro/TANK day pass.

“With the launch of the regional app, we’ve also launched a new pass to make regional travel between TANK and Metro easier and more affordable,” Aiello said in a statement. “A $5 Metro/TANK Day pass is now available on the app, valid for travel on any TANK route and within Metro Zone 1.”

Customers who download the Transit App and purchase a pass of any amount between Oct. 23-25 will receive a free $5 Metro/TANK Day Pass in their app wallet.