'Living on the streets, it's about survival' 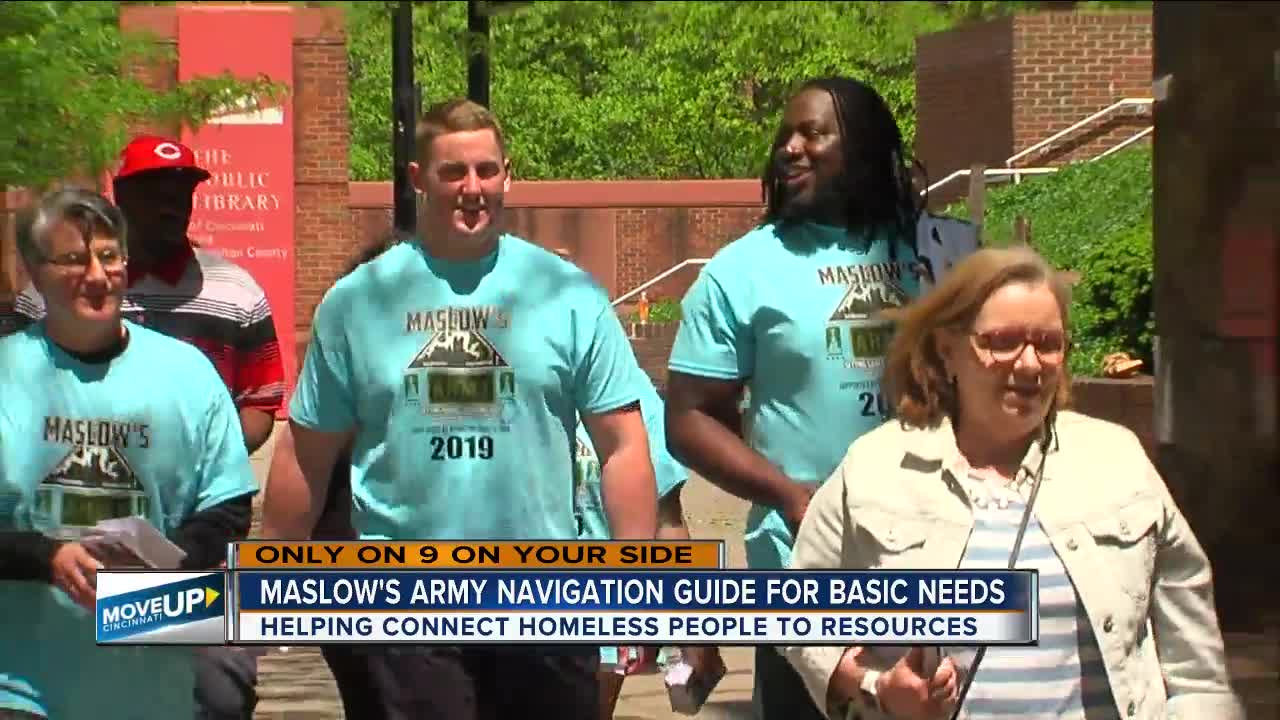 The nonprofit organization Maslow’s Army is hitting the streets with an updated edition of its basic needs guide. The pocket-sized booklets include information for people experiencing homelessness and others who need help finding health care, job training, mental health services and other resources. Cincinnati Bengals offensive linemen Trey Hopkins and Brad Lundblade helped the organization distribute the guides and bottles of water during a recent afternoon outside the Public Library of Cincinnati and Hamilton County’s Main Library Downtown 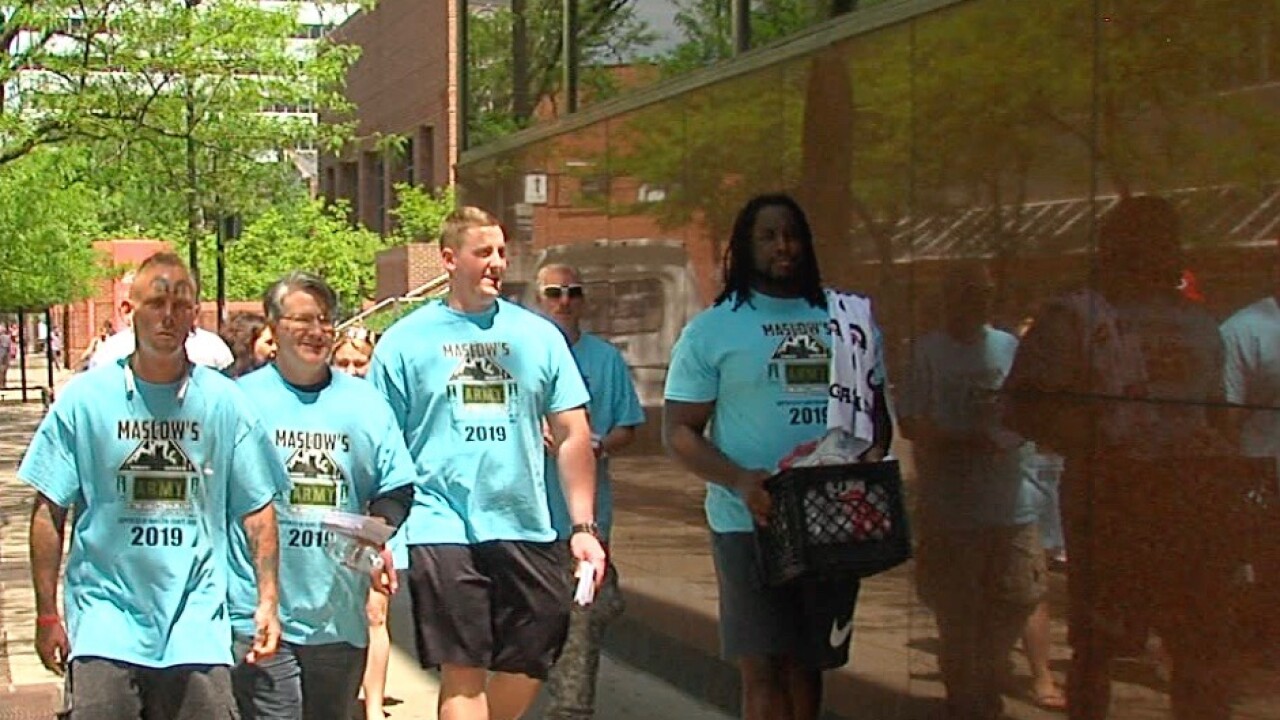 CINCINNATI — The nonprofit organization Maslow’s Army is hitting the streets with an updated edition of its basic needs guide.

The pocket-sized booklets include information for people experiencing homelessness and others who need help finding health care, job training, mental health services and other resources.

“People that are struggling, experiencing homelessness. No matter what their situation is, we feel that if there’s a need it should be in this guide,” said Samuel Landis, Maslow’s Army’s executive director. “And it should be offered for free.”

The organization has 25,000 copies of the new guide to distribute on the street and through community groups, social service agencies and other nonprofits.

“He was going to donate $1,500, and we brought him the invoice,” Landis said. “He took a look at the invoice and said let’s cover the whole thing.”

Deters said that, despite what many people might think about him after last summer’s controversy over the homeless encampments Downtown, he feels strongly about helping people experiencing homelessness.

“I have a very, very soft spot in my heart for those kind of folks,” he said. “I think it could happen to anybody.”

RELATED: What has changed six months after Cincinnati’s tent city?

Deters said he knows that businesses along Third Street and many Downtown residents were glad to see the camps removed.

“But it wasn’t about that,” he said. “It was really about the health of the people that were living in tents down there.”

Deters said the recovery programs and other services listed in the Maslow’s Army guide make it “a perfect area” for the prosecutor’s office to spend the seized funds.

“By law, I have to give 15 percent of all seized funds to community drug education programs,” he said.

Landis said Deters has helped fund other Maslow’s Army projects, too, including pizza for its Mother’s Day outreach and part of the printing costs for the first edition of the group’s basic needs guide. Maslow’s Army distributed a total of 34,000 copies of that one.

Maslow’s Army President Susan Landis said she and her husband get lots of calls from members of the community asking for copies of the guides to distribute.

“There are digital copies of other guides out on the internet,” she said. “But you have to think about the people who are out here on the streets. Some of them have cell phones with limited minutes. And to have this guide ready when they need it, that’s essential to getting off the streets.”

The new edition of the guide also includes information about GED classes and work programs, she said.

“They can open it up and figure out, ‘Hey, I don’t want to get just a minimum-wage job.’ We have CDL training in there,” Susan Landis said. “It gives people the option of getting connected to these services that they might not know about.”

Maslow’s Army had some major league helpers during a recent distribution of the guide.

Cincinnati Bengals offensive linemen Trey Hopkins and Brad Lundblade helped the organization distribute the guides and bottles of water during a recent afternoon outside the Public Library of Cincinnati and Hamilton County’s Main Library Downtown.

“I really believe in what Maslow’s Army stands for,” said Hopkins, a new board member for the organization. “And I’m really honored to be able to help and be a part of this.”

Hopkins isn’t a stranger to helping people experiencing homelessness. Growing up in Houston, Texas, he used to help his grandmother distribute sandwiches and hygiene packets to people living on the streets. He said he thought the basic needs guides were a great idea.

Landis was homeless for more than 20 years, and he said he thinks having a guide like the ones that he and his wife have developed could have helped him get off the streets sooner.

“Living on the streets, it’s about survival. Sometimes you don’t know where the resources are. Sometimes they change up on you,” Landis said. “As long as you have the power in your hands, then that could be the next day you may take that next step.”

More information about Maslow's Army and the organization's Navigation Guide for Basic Needs is available online.