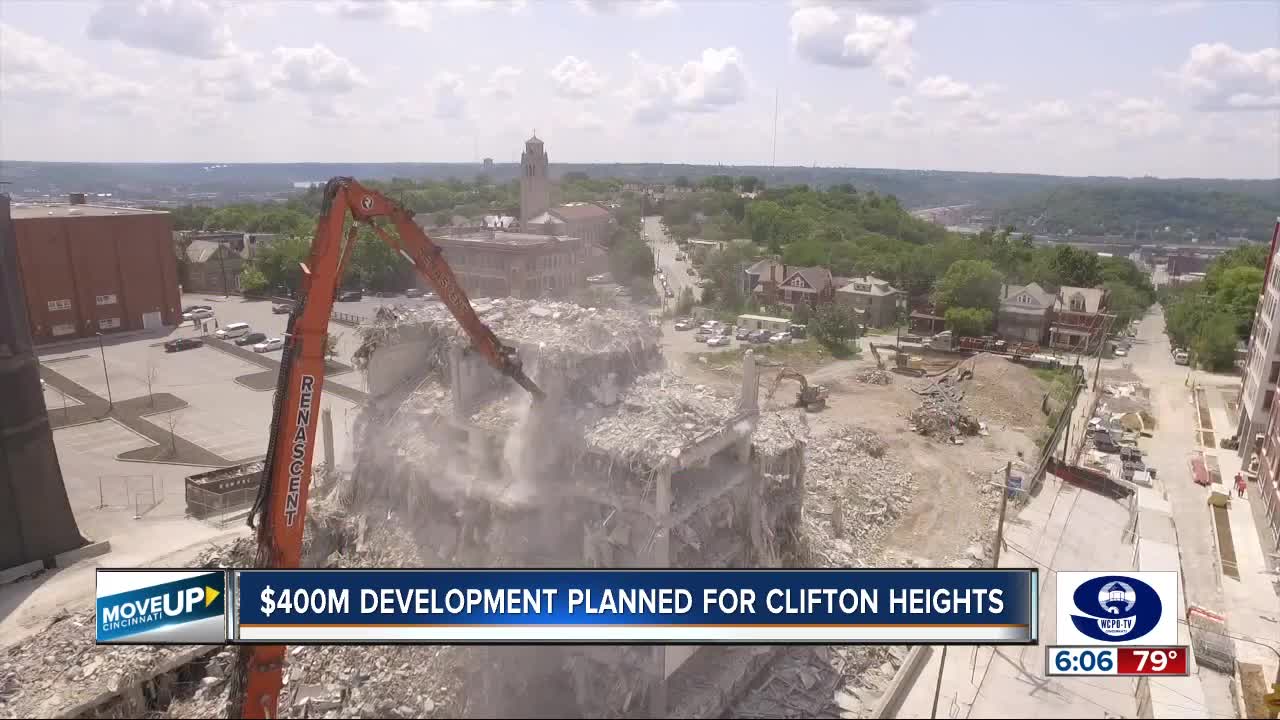 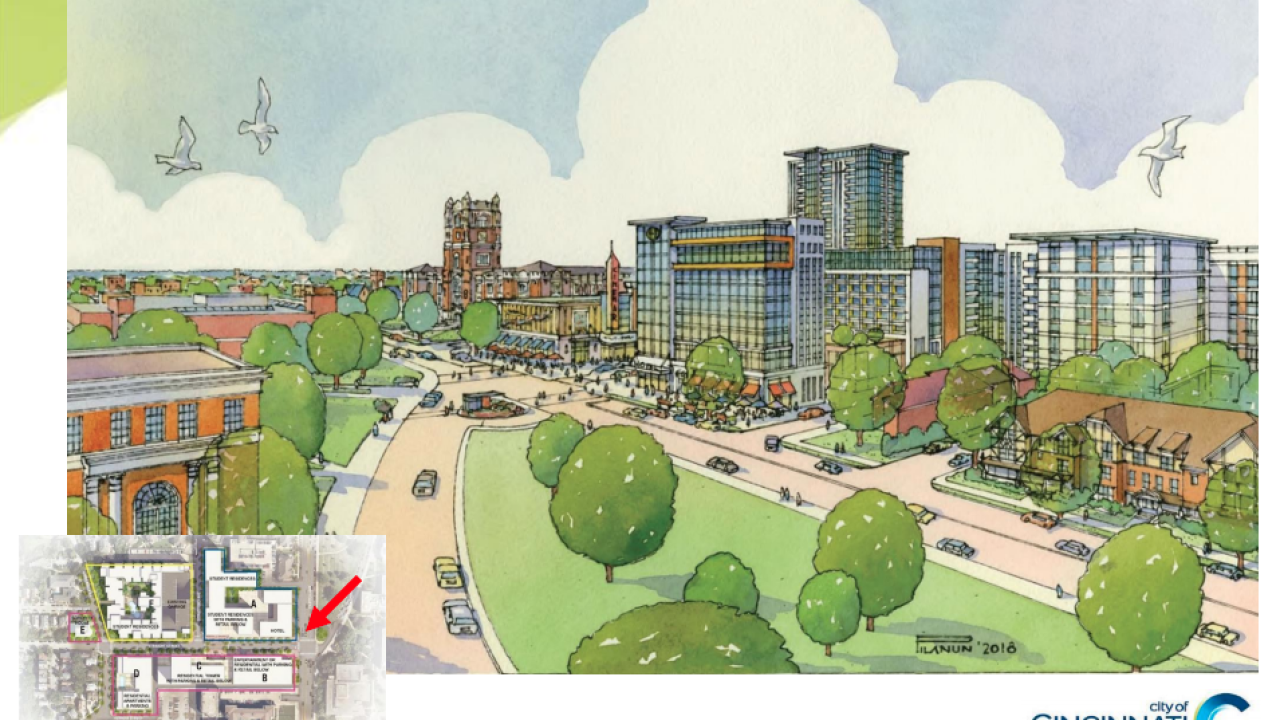 A more than $400 million development that will include a huge, 275-foot-tall tower structure will house new apartments.

The Deacon, opening in the fall, is the first part of this large construction project. It features student housing on Straight Street, running around $1 thousand for a two-bedroom apartment.

While crews are still working to tear down the old Deaconess Hospital on Straight Street, the empty lot could look much different within the next five years.

"To be able to take advantage of great views in a great college market and an overall city environment like Cincinnati, everything was firing on all cylinders for us," said Aaron Bartels, senior vice president of mixed-use development for Trinitas, the Indiana-based company behind the development of the project.

The Clifton Heights Neighborhood Association said the development is an intentional mixed-use facility, with student and community-based housing planned. The structure will be capable of housing 2,500 people, and will feature parking and commercial space at the ground level.

The large project has been approved by the planning commission, and Trinitas has been working with local neighborhood groups to determine how to meet their needs.

"We've cautiously endorsed the plans that are just in concept at this stage and we're hoping to continue to work in positive ways with the developer," said Nathan Hess, president of the Clifton Heights Neighborhood Association.

However, Trinitas has had to ask the city to re-zone the land Deaconess Hospital sat on, and there are already concerns being raised about parking in the area. The district's proposed parking ration is lower than most other developments in the neighborhood.