It's one of Covington's largest green spaces, but it's not quite a park ... yet 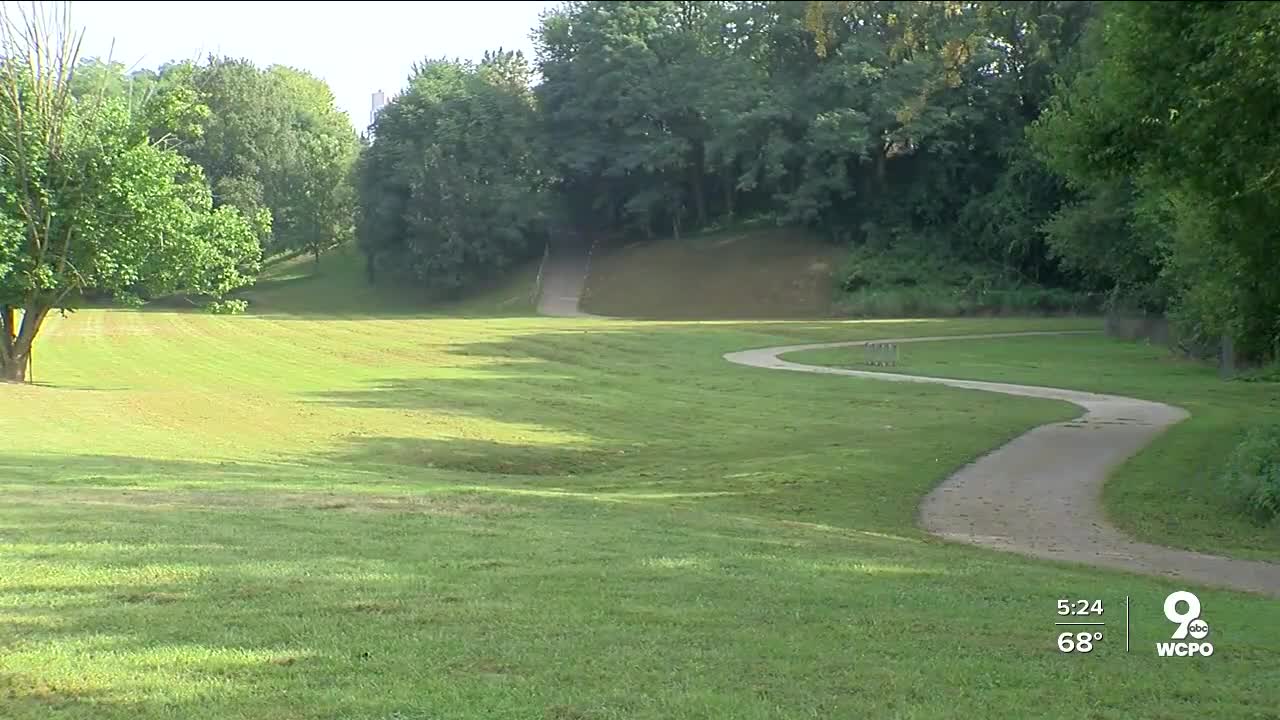 A Covington-based street hockey league can't play during the COVID-19 pandemic, so instead, they're working to uplift the green space surrounding their court. 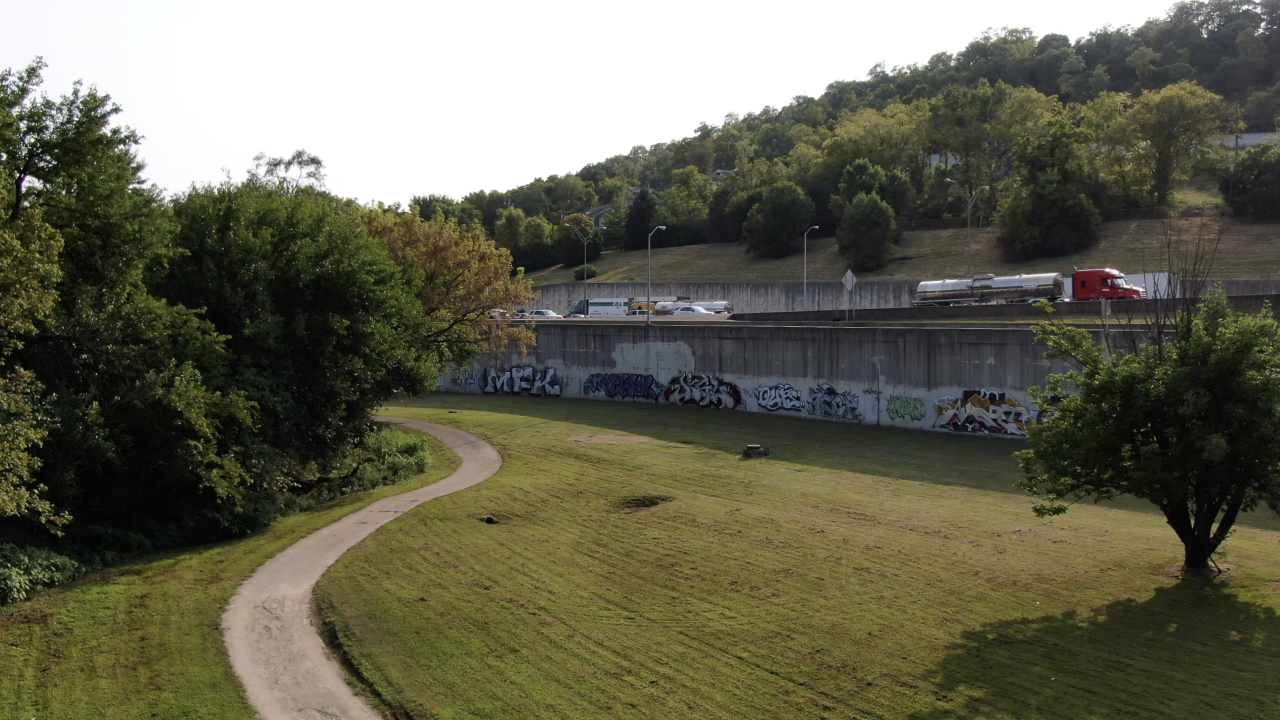 COVINGTON, Ky. — When Jesse Kleinhenz and a handful of friends began playing pick-up street hockey at a basketball court in Mainstrasse Village two years ago, they didn't expect slap-shots would evolve into a nonprofit dedicated to giving back to the community.

"We started looking for ways that we could help impact the community rather than, you know, just being a bunch of slap-stick guys playing," he told WCPO.

What began as roughly half a dozen players has grown since 2018 into the Covington Street Hockey League, boasting a membership of more than 100 players, Kleinhenz said. As their numbers grew, so did the scope of their mission. Eventually, league leaders spun the group into a 501(c) 3, Hockey for Covington, which has earned recognition and won awards for its work in the community.

Kenny Shields Park -- home to the aging court where the league's first face-offs were dropped -- was an easy target for what Kleinhenz said was the group's desire to steer the emerging community of hockey players toward giving back to their neighborhood and the city.

The group is hosting a clean-up event this weekend to pick up litter at Kenny Shields Park -- where the group would play before the COVID-19 pandemic suspended play.

"We came to realize that a lot of trash is coming from the interstate, coming down the hill," Kleinhenz said. "And then also, this is the lowest part of Mainstrasse and so a lot of trash blows over the hill into the basin area."

In addition to the court, the park offers a few pieces of playground equipment, access to a walking and biking trail, a nearby public pool, and some picnic tables. Just north of the courts is an open, grassy field spanning about one-third mile up to nearby Goebel Park. That field sits in a basin, sandwiched between a thickly wooded hillside to the east and Interstate 71/75 to the west.

It's an area that might have untapped potential as a recreation destination, according to Shannon Ratterman with the Covington-based nonprofit, the Center for Great Neighborhoods. In addition to the nearby amenities, Ratterman said some neighborhood residents have come to her with other ideas.

"It's not an enormous space, but it's big enough for -- there could be a Frisbee golf course," she said. "The hillside here would be perfect for cutting in rough biking trails, like not paved -- more like you see in Devou (Park)."

Kleinhenz and the league have tried to organize similar clean-ups at least quarterly since the league picked up momentum in 2018. With the onset of the COVID-19 pandemic in March, Saturday's event will be the first the league will have been able to host this year. (Sanctioned league play remains suspended, as well, Kleinhenz added.)

But the clean-ups can only go so far when it comes to activating the field into a viable recreational area: Cutting through the middle of the basin is drainage infrastructure critical to Sanitation District No. 1 of Northern Kentucky. Due to its topography and the drainage infrastructure, heavy rains can mean flooding across the basin, rendering the field and the adjacent trail virtually unusable for any sort of recreational purpose.

Even moderate rain can leave the trail under water and the soil soggy, according to Ken Smith, the city's director of neighborhood services.

"In extreme heavy rains there can be overflows," Smith said. "Ultimately we would have to figure out a solution for the volume going into the combined system, and that would undoubtedly involve removing the storm water and that's a big undertaking."

SD 1 acknowledges that the area was designed as an overflow area and the flooding is a natural occurrence -- and the basin's purpose.

In a statement emailed to WCPO Friday morning, district spokesman Chris Cole said: "That area was originally designed by the Army Corps of Engineers to accept and store a combination of storm water and sanitary flow when the Ohio River rises during significant rain events. The stored flow is primarily rain water. SD1 does what it can to keep the area as dry as possible, but this is a known overflow area and as such, there are significant challenges to controlling the flow to the area – especially when the river is up."

Whether adding to the green space's recreational assets is possible or not, Kleinhenz and the hockey league say cleaning up the litter when they can is a start toward something more.

And it gives them a reason to come together -- at a safe, social distance -- and do some good.

"Planning things has been semi-difficult, but we thought that it's an easy way to get people outside in a safe way and still be able to impact the community in a way that we would like to see," he said.

Anyone interested in volunteering to help clean up the park can head to Goebel Pool in Mainstrasse Village at 737 Dalton Street in Covington. The clean-up will begin at 9 a.m. and last until noon. Masks, hand sanitizer and cleaning supplies will be provided. Find more information here.