'Issue 22' tax repeal: What it is, and what some say it will mean for Cincinnati transit 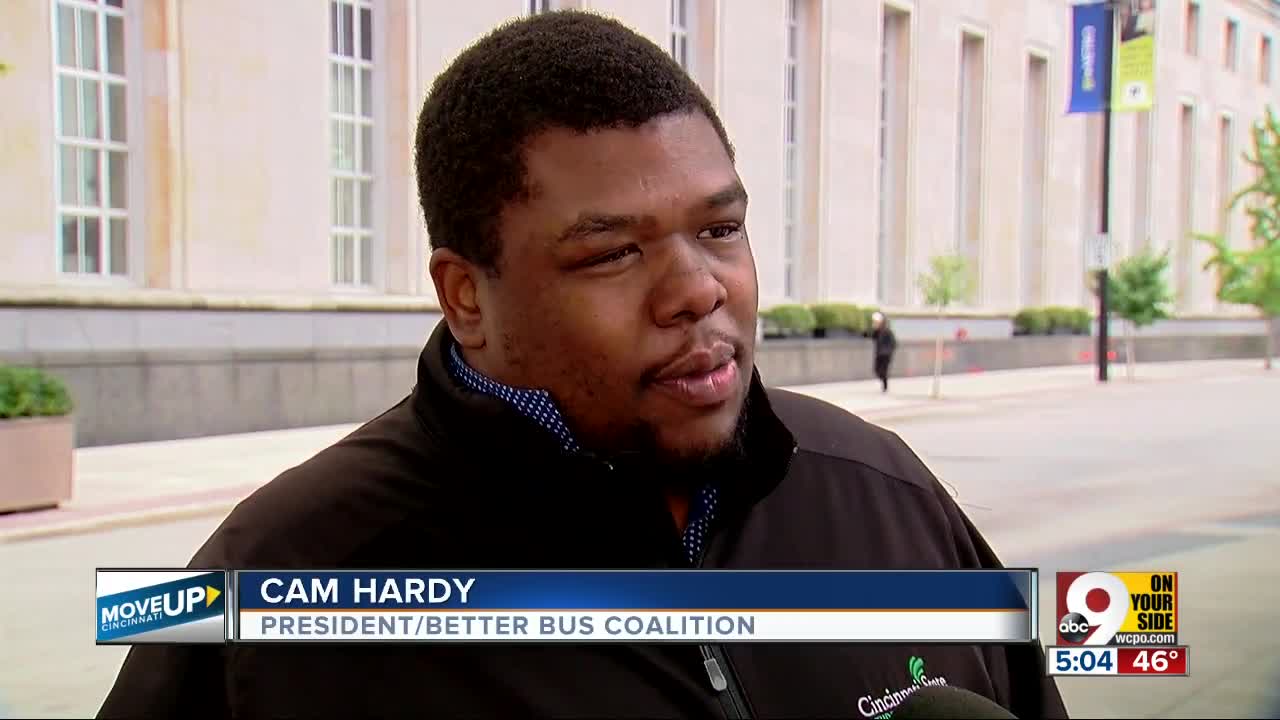 No, Cincinnati Issue 22 will not raise your taxes, but it could pave the way for a future tax hike in the name of better bus service.

CINCINNATI — For the first time since 2002, Cincinnati voters will have the chance on Tuesday, Nov. 5 to weigh in on a tax measure that could have big implications on the region's largest bus system.

But they won't be voting on a sales tax... at least not yet.

Issue 22 will ask voters living in the city of Cincinnati whether or not to repeal 0.3% of the city's 2.1% earnings tax rate currently used to fund Cincinnati Metro bus service. The ballot measure is written so that, if passed, the repeal would only go into effect if Hamilton County voters in 2020 approve a proposed sales tax increase to replace -- and enhance -- local funding for Metro.

City Councilman P.G. Sittenfeld led the effort to have the city's legislative body put the question on Tuesday's ballot. He describes it as the first step in a two-step process toward changing the way Metro and new infrastructure projects like road and bridge improvements are financed in the county.

"For anybody who lives or works in the city of Cincinnati and pays the earnings tax, their earnings tax will go down from 2.1 (percent) to 1.8 (percent), conditional on the passing of the sales tax," Sittenfeld said. "So really this is an opportunity to jump-start a once-in-a-generation chance of dramatically increasing the quality of our bus system -- the connectivity of our bus system to get more people to jobs -- and dramatically improving our infrastructure."

Here is how the measure will appear on the ballot for voters living in Cincinnati:

Step One: Roll back the earnings tax

On Tuesday, city voters actually will not be voting to increase funding for Metro. Instead, they'll be voting to amend the City Charter to lower one of the city's primary sources of revenue. All the dollars of city tax revenue the measure would eliminate currently go to fund bus service.

That reduction in the city's earnings tax, however, would only go into effect if county voters pass a sales tax levy -- soon to be proposed by the Southwest Ohio Regional Transit Authority, which owns and operates Cincinnati Metro.

Issue 22 will only go into effect if voters support the second step -- a proposed countywide sales tax increase to boost funding for bus service and road and bridge projects that would benefit Metro's bus routes. The Cincinnati USA Regional Chamber of Commerce, which came out in support of the sales tax increase, estimates nearly $1 billion of regional road and bridge projects would benefit Metro service, including lingering infrastructure needs like a new Western Hills Viaduct and upgrades to Columbia Parkway, for example.

SORTA has yet to introduce specific ballot language for the measure, but officials announced last month they plan to pursue a 0.8% increase to the Hamilton County sales tax, which currently sits at 7%.

It is worth noting, though, that separate efforts are simultaneously underway to reduce the county sales tax. The Hamilton County Board of Commissioners in October voted to extend the 0.25% sales tax levy previously approved by voters to fund now nearly-complete renovations to Union Terminal. The Hamilton County GOP is collecting signatures in hopes of putting a repeal measure on the March 2020 Ohio primary ballot to overturn the board's decision.

It is possible that repeal measure and the transit tax measure could both appear on Hamilton County voters' ballots in March. The SORTA Board of Trustees have not announced whether their proposal will appear on March's ballot or November's.

Supporters of the transit tax estimate the 0.8% increase would generate an additional $130 million per year, $30 million of which would go toward road and bridge projects, with the other $100 million going to Metro. The effect would be doubling the local funding contributions to the bus system.

Why do we need two steps, anyway?

In order fully to understand the concept here, one needs to examine the history of Cincinnati Metro funding.

When Metro was founded in 1972, voters amended the City Charter to allocate toward bus service a small portion of the tax on income earned within city limits. Roughly half -- or $50 million -- of Metro's budget comes from the city's earnings tax. The rest comes from fare and advertising revenue, with other small portions coming from state and federal sources.

Since its founding, Metro's funding structure has not changed, despite four attempts in nearly five decades to install a sales tax mechanism into that funding model. Cincinnati remains the only major metropolitan area in Ohio that does not levy a portion of a county sales tax to fund bus service.

Supporters say this first step is necessary in order not to double-tax Cincinnati taxpayers for bus service, in the event that they approve step two in 2020.

Who's for, and who's against?

More of a challenge than convincing city voters to reduce their income tax rate will be convincing voters in the county to increase the sales tax rate.

The SORTA board along with leaders from City Hall, the county's Board of Commissioners, and the Chamber unveiled their plan at a Sept. 30 news conference amidst a crowd of supports, but the proposed 0.8% sales tax increase, so far, does not have nearly the bipartisan backing as Issue 22.

Part of the sales tax's challenge stems from a number of other moving parts still having to fall into place.

Beyond the county's 0-4 record in attempts to pass such a tax levy for transit, some critics accuse the plan of not specifying clearly enough how the revenue raised would be spent -- primarily when it comes to which road and bridge projects would receive funding. SORTA Board officials say that clarity will bear out in the ballot language, which they are expected to announce this month.

The SORTA Board was clear, though, in what sort of transit spending the sales tax levy could generate. Its Sept. 30 resolution to put a measure on the ballot specified that revenue would go toward Cincinnati Metro exclusively. The transit agency's only involvement with another transit system is with the Cincinnati Bell Connector, the operations of which SORTA oversees on the city's behalf. The city and the transit agency are in the process of renegotiating that agreement in order for the city to take full operational oversight of the streetcar.

That renegotation is said to complete by the end of 2019.

When asked if he has a plan B if Issue 22 fails at the polls Tuesday, Sittenfeld told WCPO, "Ask me that next Wednesday. You know, it's been endorsed by a broad range of leaders all across the city and the region. I'm hopeful it passes. If for some reason the voters go in another direction, we'll regroup after that and see what makes sense."