'I'm just so lost and confused' 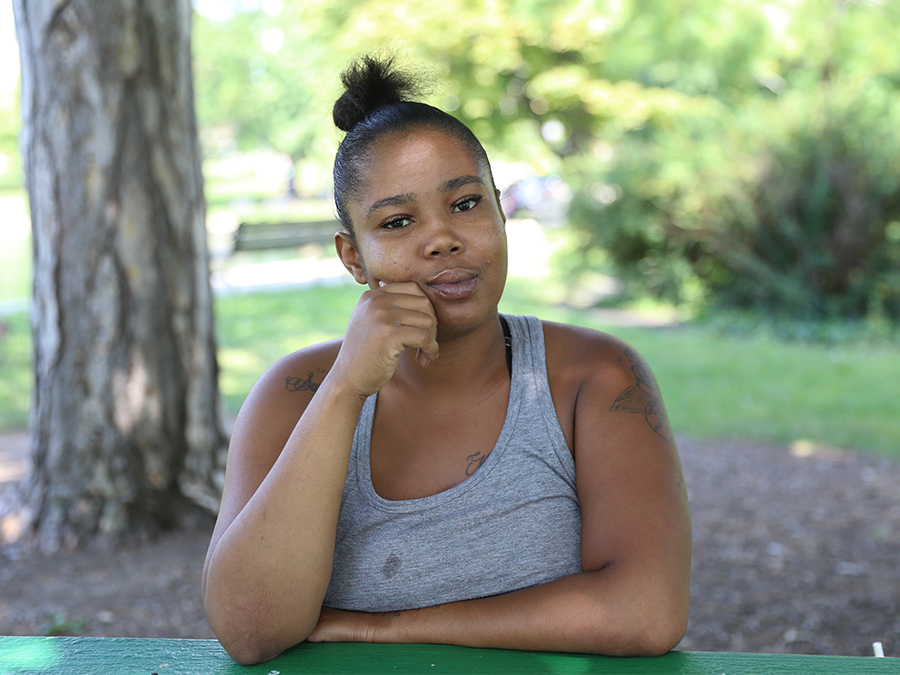 Carissa Washington and her son continue to experience homelessness despite her efforts. She's one of many people in Cincinnati struggling to navigate social service systems. 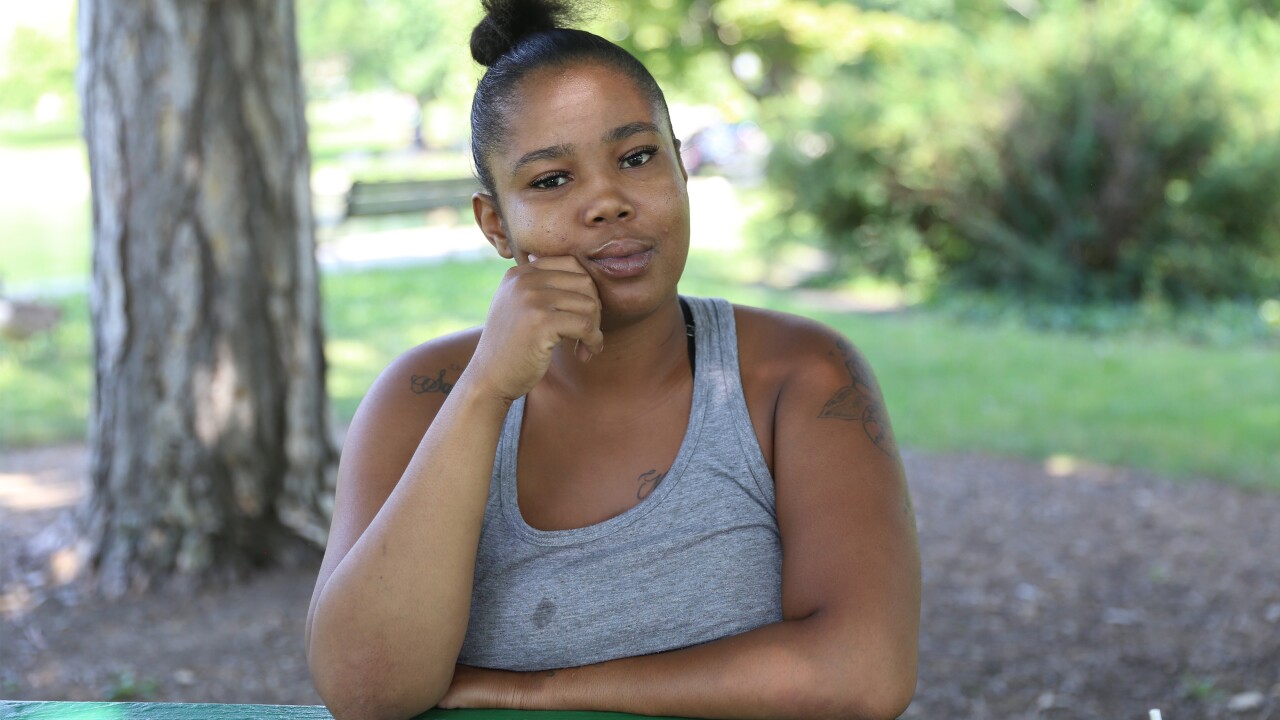 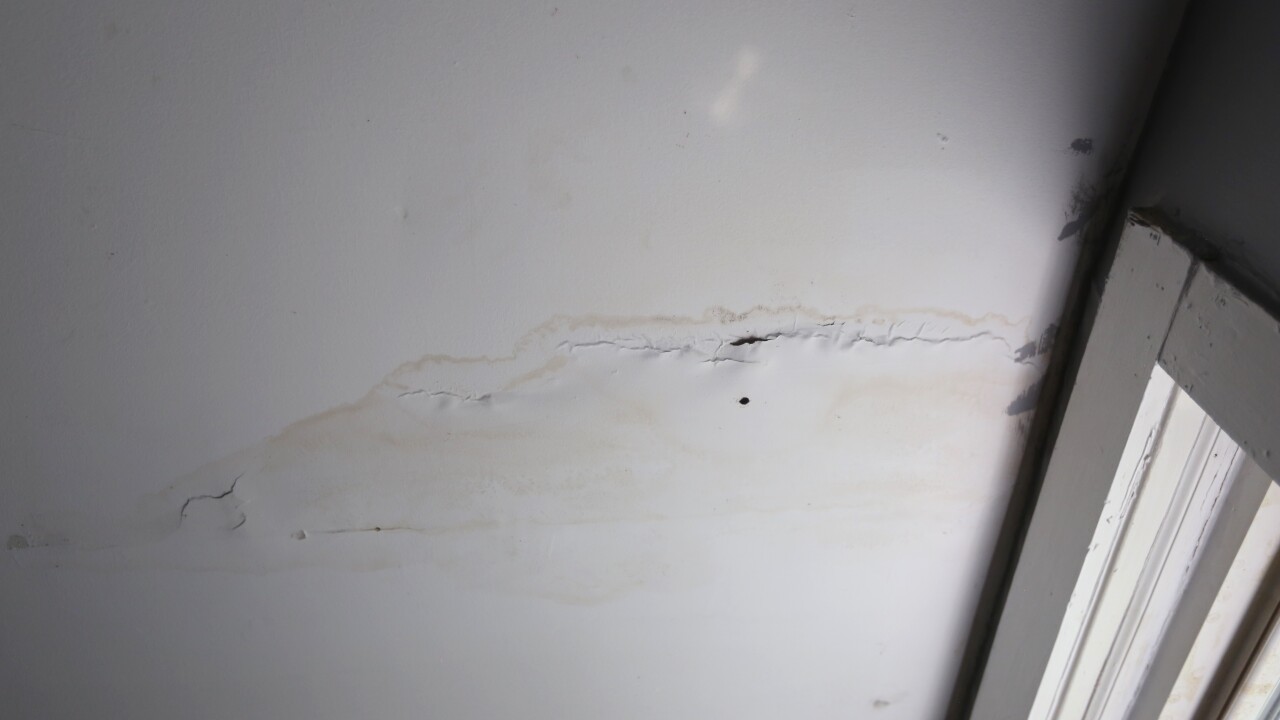 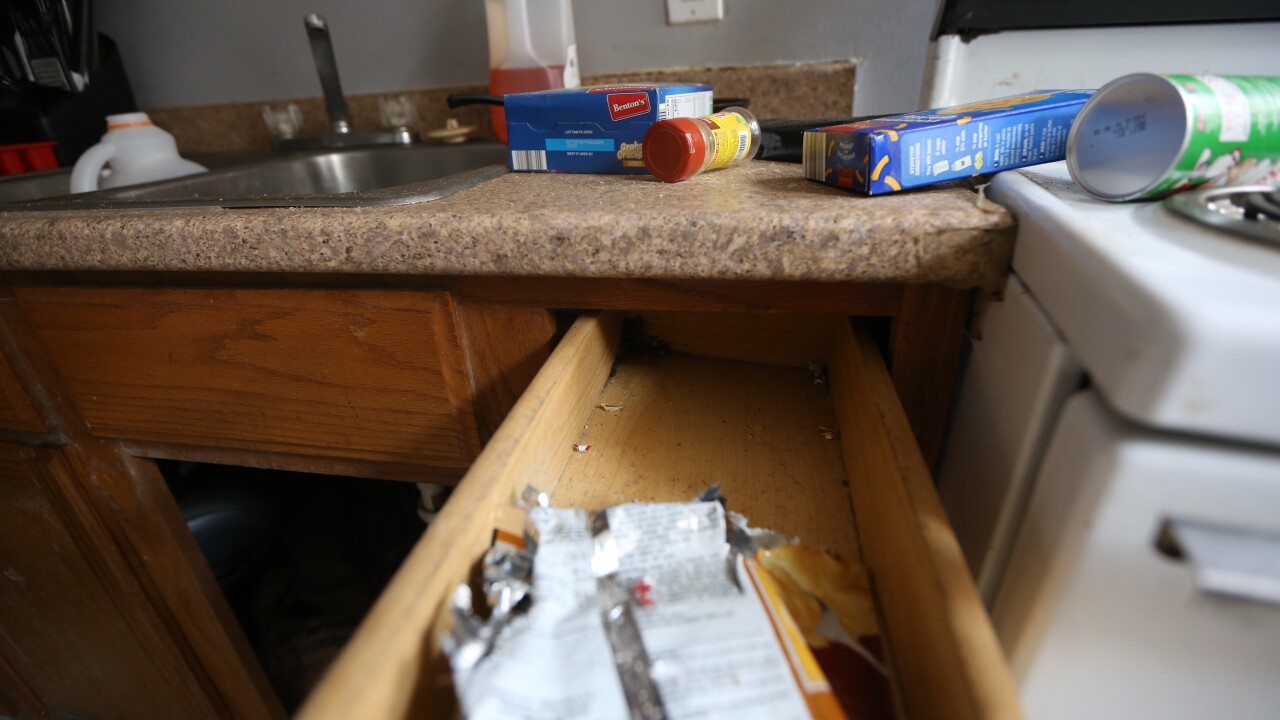 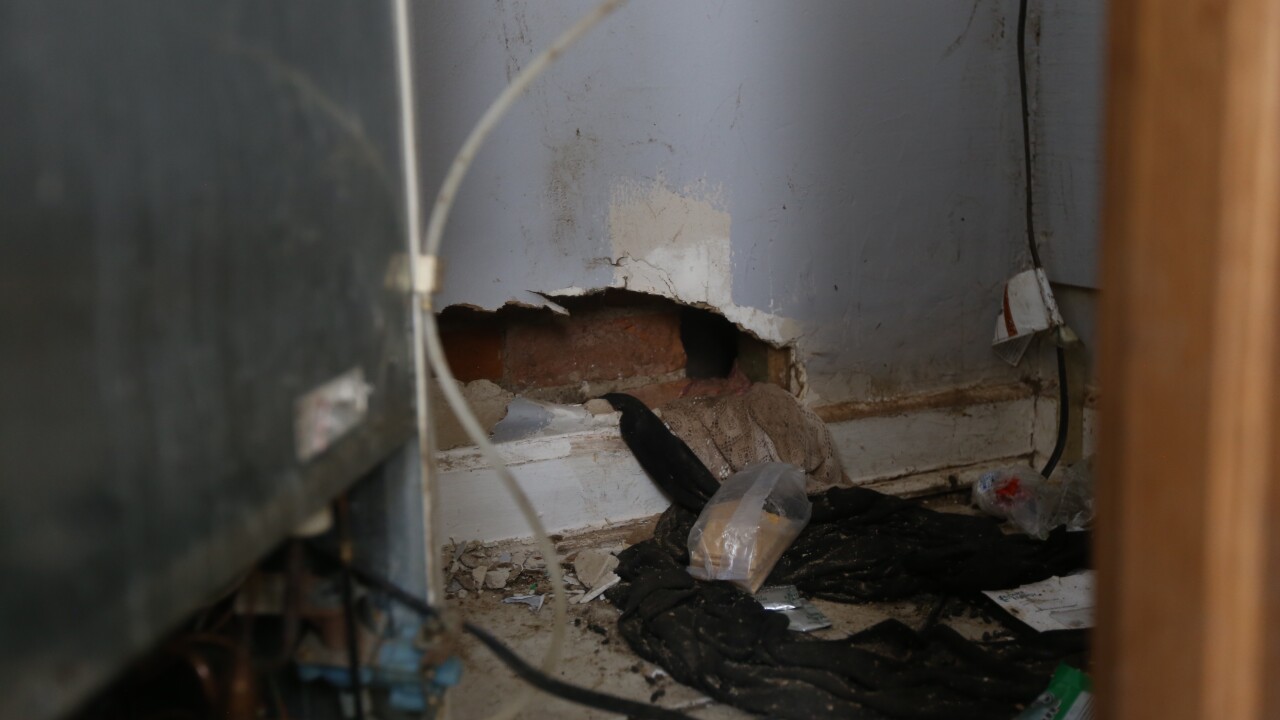 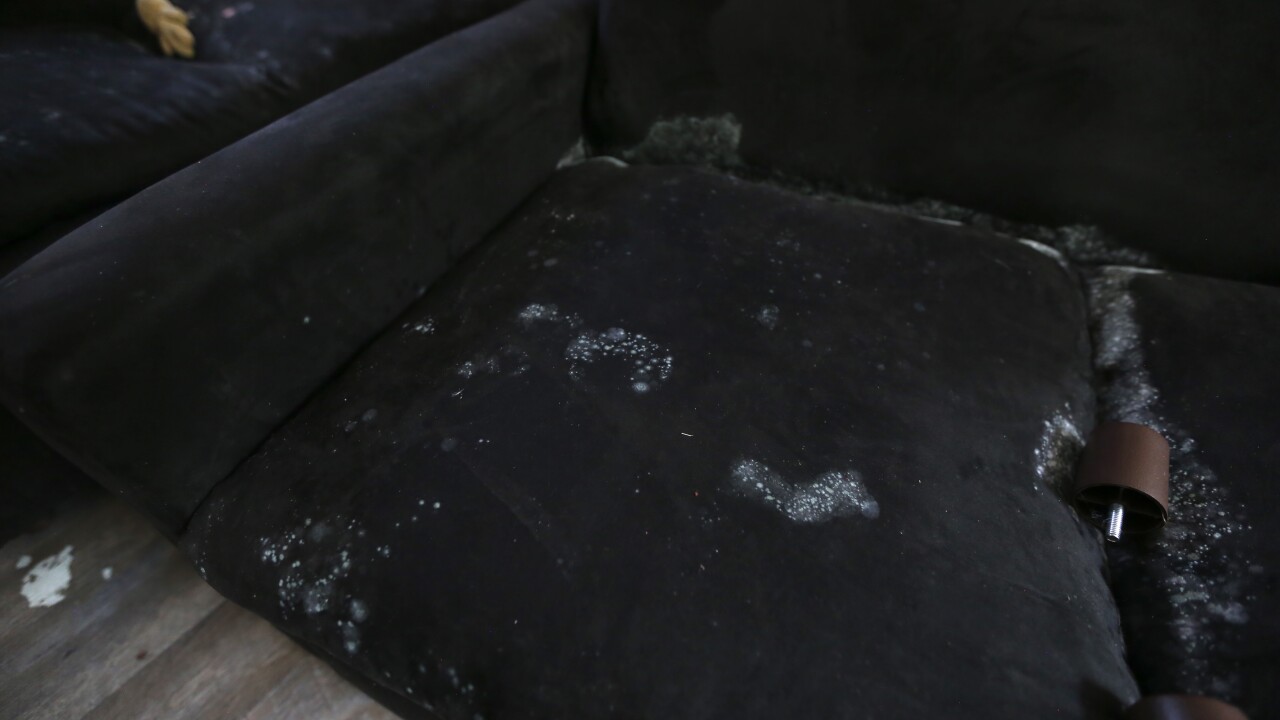 CINCINNATI — When Carissa Washington got evicted and became homeless late last year, she did everything she could to get her life back on track as quickly as possible for the sake of her young son.

She made countless calls from a Bethany House Services homeless shelter searching for an apartment she could afford before she finally found one in East Price Hill. After a Bethany House caseworker inspected the place, Washington and her son moved out of the shelter to start their new lives.

But within weeks, Washington’s son, who was then 8, was having trouble with his asthma. His face was swelling up, and his eyes would itch. A doctor told her it appeared to be the result of exposure to mold. Before long, her couch was covered in it.

“I hadn’t been in my house for two months,” she said. “Everything in my house, including furniture and clothes, was molded.”

Rodents started getting into the kitchen through a hole behind the refrigerator, too. Washington decided she and her son, who is now 9, couldn’t stay there any longer. She stopped paying rent so she could use her money for hotel rooms and to pay friends who allowed her and her son to stay with them.

Just months after her fresh start, Washington faced eviction and was homeless all over again.

Her story is all too common in Greater Cincinnati.

Despite the fact that the region’s unemployment rate is as low as it’s been in years, thousands of families like Washington’s continue to struggle.

More than 73,000 people live below the poverty level in the city of Cincinnati alone, according to new Census estimates released this month, and nearly 24,000 of them are children.

Even with the many systems and programs the region has in place to help families like Washington’s, there is far more need than there are resources, said Kevin Finn, CEO of Strategies to End Homelessness.

“The unfortunate reality … is she checks a lot of boxes,” Finn said. “She was at-risk, likely because she was overpaying for her apartment. She got an eviction on her record because she couldn’t keep up with that. Those things happen all the time. Even after she got into shelter, those dynamics of exiting to substandard housing -- in which she was still overextended to pay for it -- happens all the time. Which is why 15 to 20 percent of families that come into shelter and leave for housing, come back.”

‘So lost and confused’

Hundreds of families called the hotline operated by Strategies to End Homelessness in 2018 because they were homeless or about to become homeless. Only 44 percent got help, Finn said.

“We had almost 800 families go through either our shelter or shelter diversion program last year,” Finn said. “But that’s with 56 percent being turned away with nothing. So clearly that number could have been much bigger.”

"The people most likely to be homeless are the people who have been homeless," she said. "This is what our moms deal with on a regular basis."

Washington said she tried to go back to Bethany House after she left her apartment, but the shelter has been full. Finn said that’s typical, too.

“I can assure you that the day she left Bethany House, someone else slept in that bed that night because typically within a couple hours when a family exits shelter, a new family is admitted,” he said. “That’s just the unfortunate reality when you have more than half of the families calling having not yet been provided with a service.”

Meanwhile Washington and her son have only a couple plastic bags of clothes and a few other belongings that she could fit in the trunk of her car when they left the apartment in East Price Hill back in May.

She lost her job as a waitress because she couldn’t afford the gas money or child care she needed to keep working.

“I’m just so lost and confused,” she said.

Washington gets $771 per month in benefits for her son because of his special needs. When she was paying $600 per month in rent, that didn’t leave much for anything else.

She has been getting another couple hundred dollars per month through the Supplemental Nutrition Assistance program, or SNAP, the federal program more commonly known as food stamps.

“It goes quick,” she said. “My son likes to eat, and I like to eat. Wherever I’m at, if I make a meal, I have to make a meal for the whole household.”

Her income is far below the federal poverty threshold of $16,910 per year for a family of two.

“There’s been a lot of time I didn’t eat because I didn’t have an appetite or I didn’t have the urge to because all this stuff going on,” she said. “Once my mind gets cleared, then maybe I’ll be myself again. I really haven’t been myself. My own son said it, like, ‘Mommy, just calm down. It’ll be OK.’”

It hurts Washington that her son feels the need to comfort her.

“My baby is very mature for his age,” she said. “Life has not been easy for us at all.”

'She's saying she wants to fix this'

Washington’s story underscores how difficult it can be for families to navigate the systems designed to help them, said Neil Tilow, the CEO of Talbert House.

“How do I navigate housing, mental health, food, employment all at once, while I have a special needs child at home? And how do I deal with all of that, keep a job, keep an apartment,” Tilow said. “It’s hard to do with two parents in the home when you have those situations. So she’s at a real disadvantage.”

While there aren’t enough resources to help everybody, Tilow said, he’s convinced that there are programs that can help a young mom like Washington who is trying to do the right things.

“She’s not laying back and saying, ‘woe is me,’” he said. “She’s saying she wants to fix this, I want to do something about this. There’s a number of strengths that this person has, and you’ve got to play to that, too.”

Above all Washington has been trying to put her son’s needs first.

Most of the clothes and belongings she saved from her East Price Hill apartment are his.

School seems to be going better for him this year, she said, but homelessness brings constant uncertainty.

She says her relationship with her own mother was strained and that many other members of her family “cut her loose” because of mistakes she made when she was younger.

“It wasn’t because of nobody else. It was because of me. So as I got older, they’re family and they’re still going to rock with me, but it’s still kind of in the back of their head that you still have to be kind of cool,” she said. “So I don’t call and ask them.”

Washington also has a criminal record that has added to her struggles.

“Caught my first charge in 2014,” she said. “I was at a Walmart. My son didn’t have no Pampers, no food really in the house. I didn’t really have a lot of anything. No food. No job. This was really before we got the income.”

She asked everyone she could for money, she said, and called food pantries and shelters. When she couldn’t get any help, she tried to steal some merchandise. When a man tried to stop her at the exit, she said, she pushed him instead of surrendering.

“So when I got caught, they put theft and assault on me,” she said.

She worked through her legal troubles and recently ended her probation. But with two evictions also on her record now, Washington expects it to be even more difficult to find a decent, affordable place to live.

She’s among the thousands of low-income families struggling with the community’s lack of affordable housing, said John Schrider, director of Legal Aid Society of Southwest Ohio.

‘Trying to make a way’

Because the region has far fewer units of affordable housing than it needs, many families end up paying more than they should in rent, Schrider said. That means they are just one disaster away from not being able to pay their rent, which leads to getting evicted, which makes it harder to find a place they can afford in the future.

“If they don’t get any kind of housing assistance, they end up in housing that is too expensive and not good,” he said. “And people are in this situation every day in Cincinnati and around Cincinnati. It’s a huge problem, and there’s no simple solution.”

Business and community leaders have been working for much of this year to create a regional strategy to address the lack of decent, affordable housing. And Cincinnati City Councilman Greg Landsman this week unveiled a new, comprehensive strategy for reducing evictions in Cincinnati.

Big plans don’t mean much to parents like Washington, though. She needs a safe, affordable, decent place right now where she and her son can live.

Her biggest source of help has been Yvetta Collins, a facilitator at Talbert House who has been advising Washington on how to get back on track.

“If it wasn’t for her, I don’t know where I’d be right now. I really don’t,” Washington said. “To be honest, I would say Miss Yvetta is like my angel.”

Washington has made every call and checked every resource that Collins has recommended over the past few months, she said, but she keeps hitting dead ends.

She recently received her “homeless certificate,” a document that certifies her as being officially homeless in the eyes of the federal government.

She needs that to qualify for programs that are funded by the U.S. Department of Housing and Urban Development, Finn said.

Several HUD-funded programs help people who have been homeless find a decent place they can afford and cover the down payment they need as well as several months worth of rent while they get back on her feet.

That will have to be enough for Washington, at least for now.

“I’m just a young mother trying to make a way. It’s all I can do,” she said. “God don’t put his warriors through nothing that they can’t handle. And I’ve been through a lot, and I’m still here.”

The question is whether the safety net that Greater Cincinnati is supposed to have in place to catch families like Washington’s will be there for her.