Apartment renovations will start in 2021 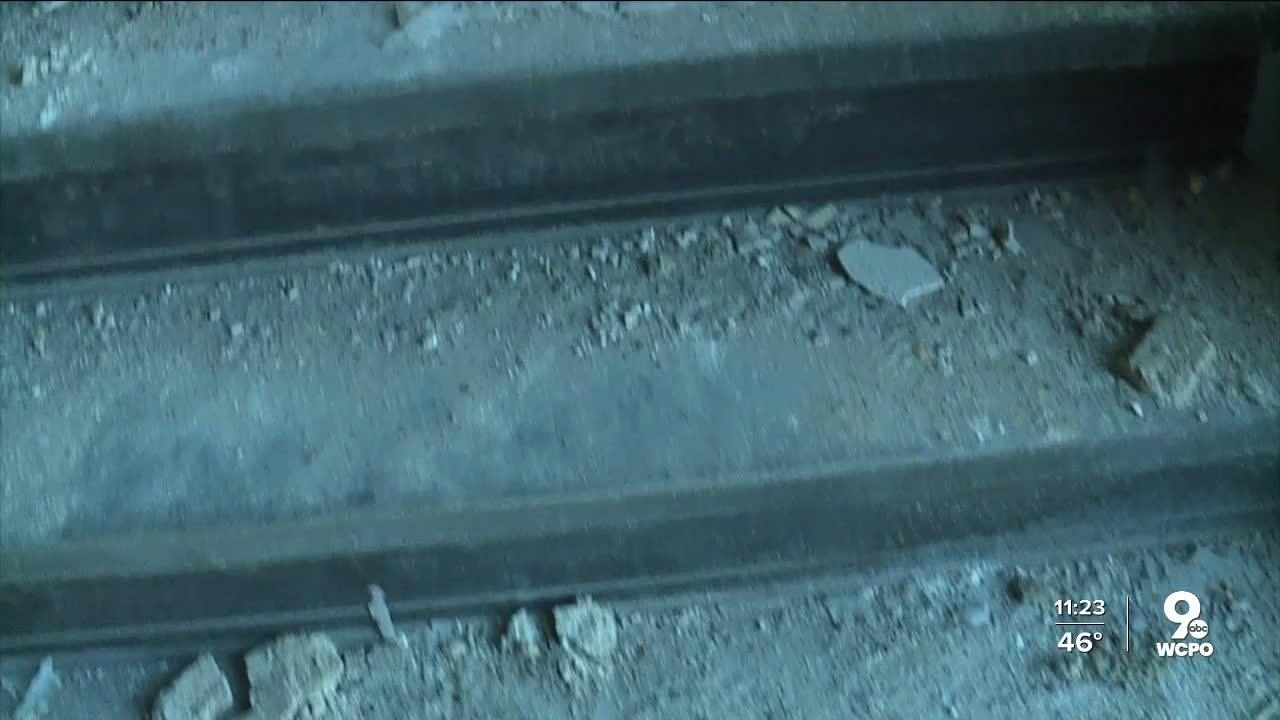 Renovations start on the historic Emery Center in early 2021. 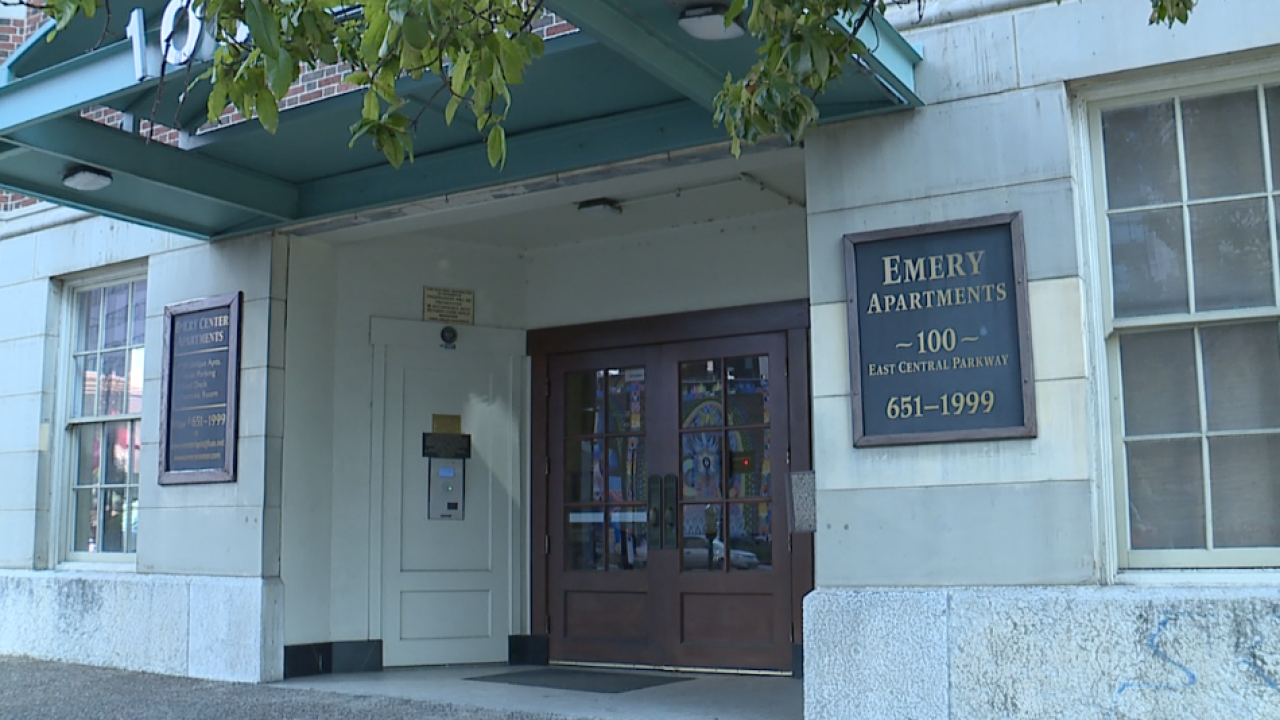 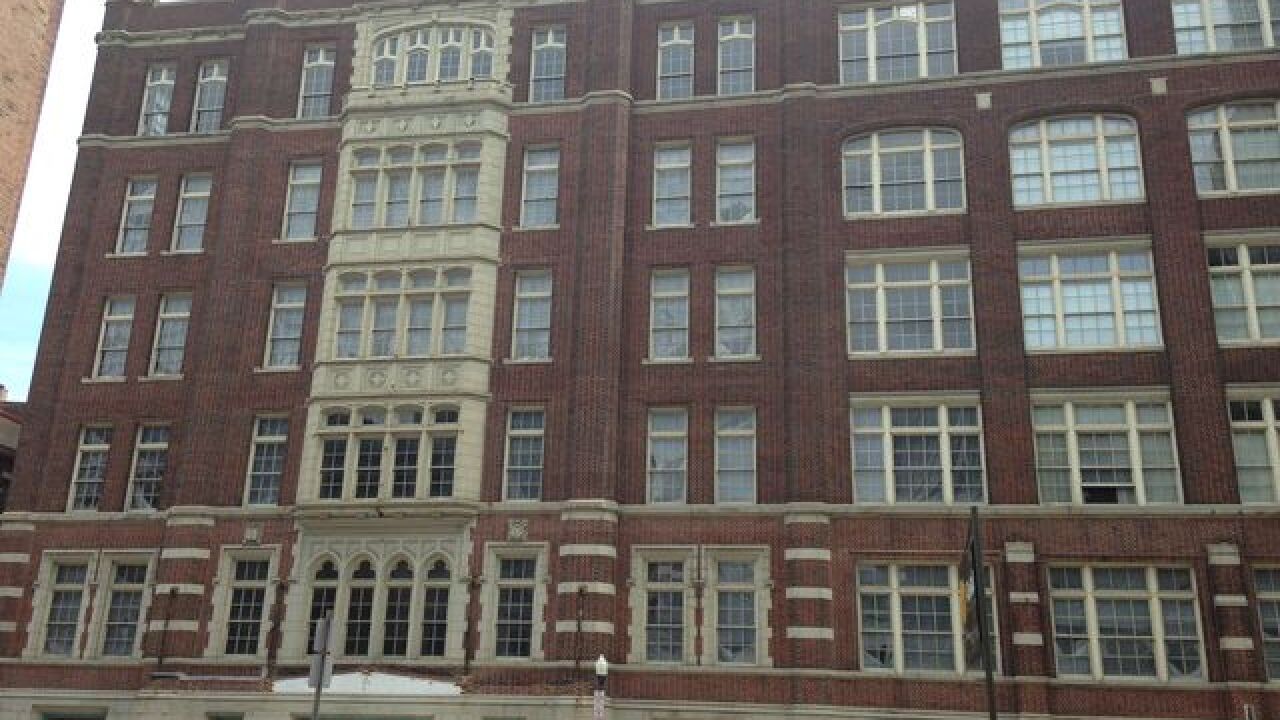 CINCINNATI — Construction on The Emery Center, one of downtown Cincinnati's most historic buildings, could start in 2021. The Emery Center, which sits on Central Parkway between Walnut and Clay Streets, is currently made up of 59 apartments, Coffee Emporium, office space, and a long-dormant theater.

The apartments will be renovated in phases starting in January, but the theater's $30 million renovation will take longer by up to 3 1/2 years, according to The Children's Theatre of Cincinnati.

"In real estate, we call it 'bricks and mortar,'" said the building's new co-owner, Chris Frutkin. "Well, there's a lot of bricks and mortar in this building. It just goes on and on and on; [there are] whole rooms we had no idea existed."

Frutkin, of City Center Properties, and longtime developer Dave Neyer bought the historic building in 2019 for $8.55 million. They bought the building from the University of Cincinnati, which had owned it since 1969.

Original, handwritten building drawings came with the purchase of the Emery. The building was designed by Samuel Hannaford, the artist who designed and built both Music Hall and Cincinnati City Hall.

"These are ink on Irish linen and incredible works of art on their own," Frutkin said. They now live in his office several blocks away on Main Street.

The Emery Center was build in 1911 as the Ohio Mechanics Institute, a trade school that would eventually merge into UC's applied science and engineering college.

The crown jewel of the building was the "acoustically pure" theater built to house the Cincinnati Symphony Orchestra.

The hall has hosted the likes of George Gershwin and Dr. Martin Luther King, Jr. It's been home, at times, to the Symphony and The Children's Theatre. In its final operating years, it served as a piece of nostalgia: showing classic films. The Mighty Wurlitzer organ was rebuilt and moved to the Emery Theatre when the Albee closed.

"It's really exciting," said Kim Kern, CEO of The Children's Theatre of Cincinnati. "We performed there until 1969 ... the fact that we would be able to honor Mary Emery's original intent of keeping it a place of gathering and education is phenomenal. Restoring a historic building in Over-the-Rhine, I really think this is a project the community will want to get behind."

The Children's Theatre is working on a purchase agreement for the Emery Theatre, which would give it about two years to secure funding for the roughly $30 million renovation, according to Kern.

There are plenty of challenges inside the theater itself now. As Frutkin walked us through the building, we could see parts of ceiling collapsed in the stairwell. Paint is peeling throughout the space. The seats in the upper balcony have been removed and some seats throughout will likely need to be replaced. There is no elevator access.

The design of the top balcony is also a reminder of a problematic past. Access is cut off from the rest of the theater spaces with its own set of stairs to street level – that balcony was where Black patrons were allowed to sit.

"That presents a [renovation] problem," said Kern. "It's really kind of eerie and disturbing."

The marble throughout the small Walnut Street lobby is still in good condition, and copper finishes throughout the theater simply need to be shined. The heating system was designed to be silent, so it didn't disturb productions, Frutkin said.

Despite it all, Frutkin said the bones in the old building are still there, from the plaster work to the acoustics. He said all it needs is a little TLC.