Covington street sinks 4 feet on one side; plan to fix coming soon 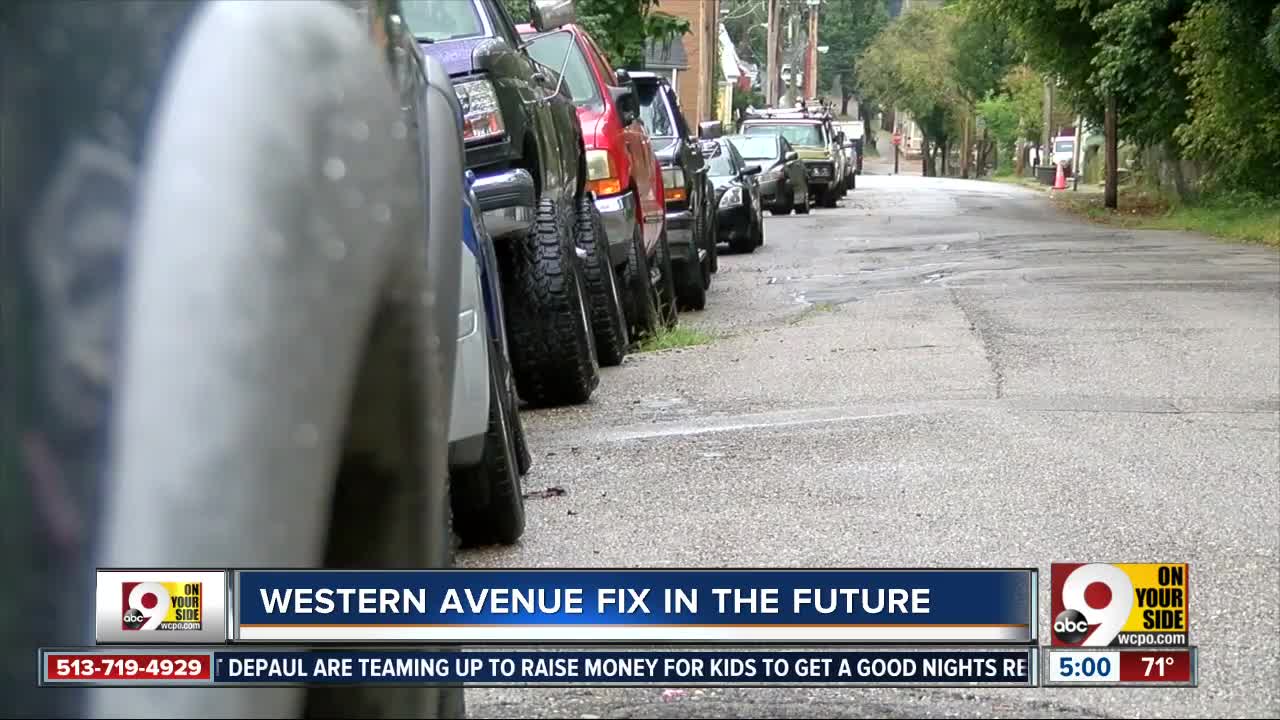 COVINGTON, Ky. — A stretch of Western Avenue in Covington’s Lewisburg neighborhood has been slowly sinking for years. This month, the city has hired an engineering consultancy to plan a fix for the road.

Officials say the eastern side of the street is already down about 4 feet, and it’s not hard for motorists to notice the slope.

The sliding asphalt is also making people who live on Western Avenue uneasy.

The avenue, located west of Interstates 71 and 75, runs from the riverfront past Devou Park to West Pike Street. The stretch that’s currently sinking begins at Ninth Street and runs about 500 feet north.

To correct the issue, Covington has hired Terracon Consultants Inc. to spend approximately 80 business days assessing the road and figuring out the best way to stabilize it.

City Commissioners agreed to pay the engineering consultants just under $34,000 for their report. The city plans to hire a contractor to complete the project.

But the city says high-voltage power lines will complicate repairs because crews can’t plant stability beams without maneuvering pile-drivers around them.

"We're looking forward to seeing the solution that Terracon comes up with," Davis said, adding that Terracon's design is expected to be complete by the summer of 2020.

Hill also hopes after years of watching the road slide down, the city will have a plan soon.

"It's been this way for a while, and now it's hopefully going to be fixed or looked at at least," Hill said.