'If we are not counted, it's like we don't exist' 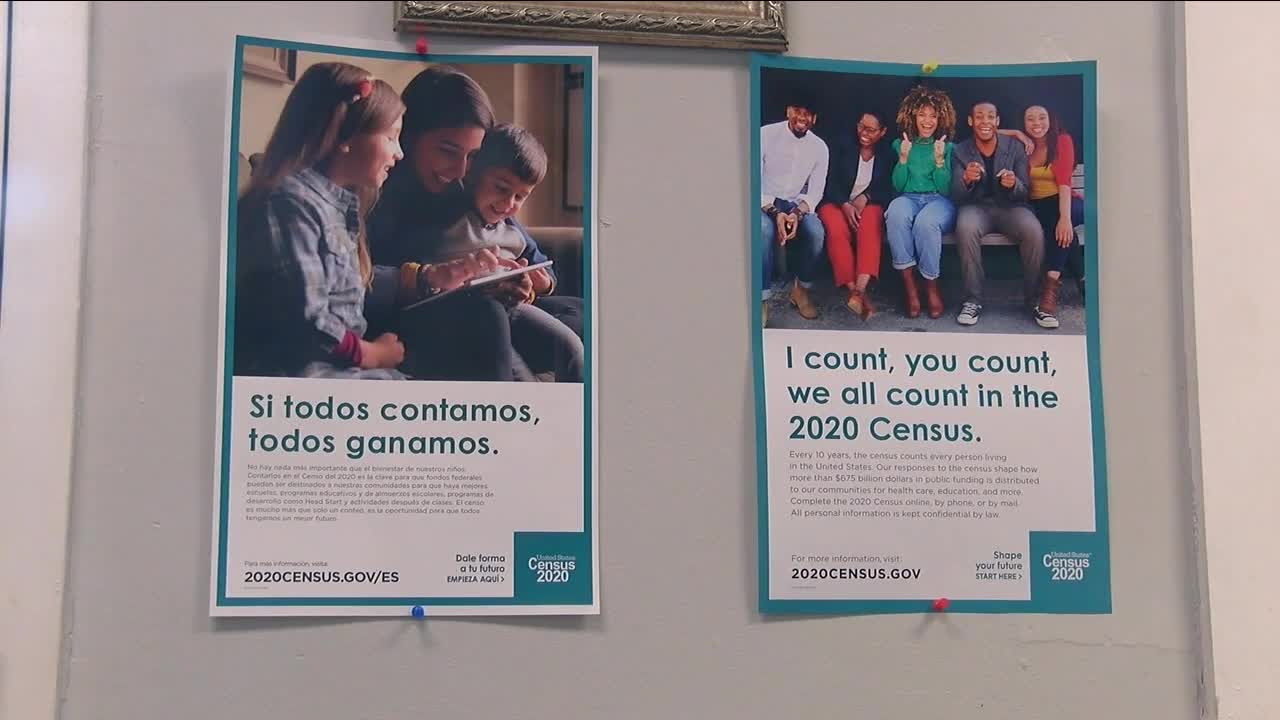 During the last decennial census in 2010, some communities that need the most help had the smallest numbers of people participate, according to a committee of local leaders working to ensure a more accurate count this year.

Grethel Valladarez and her family have lived in Greater Cincinnati for three years, and she wants to be counted as part of the 2020 census.

But nobody has talked to her personally about the census, she said, or how to fill it out.

“I really don’t know how to partake in the census. I’m not sure if it comes to my house in the mail or if someone drops it off,” she said during a Spanish-language interview with WCPO 9 News. “It is truly worrisome to not be part of the census because if we are not counted, it’s like we don’t exist.”

Valladarez isn’t the only one worried.

Business, government and community leaders throughout Greater Cincinnati are focused on counting every resident in the region.

That’s because the results determine each state’s number of representatives in Congress, and Ohio lost two congressional seats as a result of the 2010 census.

Plus, businesses use census data collected every 10 years to decide where to locate, hire people and make investments.

Just as important, the census influences the allocation of more than $675 billion in federal money to states, local governments and families each year. For every person that doesn’t get counted, local officials estimate that Cincinnati and Hamilton County lose $1,814.

During the last decennial census in 2010, some communities that need the most help had the smallest numbers of people participate, according to a committee of local leaders working to ensure a more accurate count this year.

To try to prevent that from happening again, that committee is working on new ways to reach out to communities that have been undercounted in the past, including immigrants and others who don’t speak English.

“Here in Cincinnati, local families come from a huge diversity of backgrounds, nationalities, ethnicities,” said Tony Stieritz, CEO of Catholic Charities Southwestern Ohio, one of the many organizations participating in the Greater Cincinnati Counts Complete Count Committee. “We just want to make sure that for the well-being of our community and our families that everyone gets counted.”

To that end, Catholic Charities has helped the local Census Bureau office and Cincinnati and Hamilton County officials translate materials into Spanish, Arabic, Nepali, Urdu and French to help promote the census and raise awareness about the importance of participating, Stieritz said.

“Many of our case workers that work here are bilingual, so we’re eager to help families understand the census to explain things to them,” he said. “When they can access it online, we can guide them through the census form. And we will translate whatever’s necessary for them.”

“I think they’re always a little skeptical about why do we need to share this? Are they sharing my information?” she said. “And there’s always on the news the citizenship question that I think it stays in the back of a lot of people’s minds just to have that question. Our role is to let them know that question is not on the census.”

Community leaders believe the best way to get strong participation in the census, especially among immigrants and people who don’t speak English, is to make sure a person or organization people trust is communicating with them about how to take part and why it’s important.

Santa Maria serves roughly 4,000 people in the Price Hill neighborhoods each year, and about one-third of them are Hispanic, Schemmel said.

“We are a trust agency here in the community, a grassroots organization, and we’re taking the opportunity to talk to the families about why it’s important,” she said.

Catholic Charities staff members also are working to educate families that seek help through Su Casa or the organization's many other programs in the eight Southwestern Ohio counties it serves, Stieritz said.

“We’re being intentional about trying to reach all of the populations that we serve,” he said. “We’re part of the archdiocese network of parishes. We’re in communication with representatives and parish leaders in the archdiocese – especially the parishes whose members come from underrepresented communities like immigrant communities and African American communities.”

But none of those efforts have reached Valladarez.

“It worries me because I’m not sure if it’s in this state or in this city we live in that there’s just not a lot of communication,” she said.

Community leaders have been developing strategies to reach families like hers that don’t interact regularly with nonprofits such as Catholic Charities or Santa Maria.

One approach is to communicate through schools, said Alfonso Cornejo, president of the Hispanic Chamber Cincinnati USA.

Cornejo said Cincinnati Public Schools has roughly 3,200 students in the district’s English as a Second Language program. The larger Southwestern Ohio region has about 6,000 ESL students, he said.

The Greater Cincinnati Counts Complete Count Committee has been working with a regional coalition of ESL professionals who have agreed to send information about the census home with their students, Cornejo said. The materials will be printed both in English and in the native language of the students, he said.

“The ESL teachers, they know the mother tongue of the students,” he said. “The idea is to use these teachers because they have the trust of the students and their families.”

But that’s not the only plan for reaching city and county residents who don’t speak English.

Organizers plan to contact every apartment community with 800 or more units that have full-time, on-site property managers, Cornejo said. The committee will then ask those property managers to help distribute information about the census, he said.

For smaller apartment communities, he said the Greater Cincinnati Counts Complete Count Committee has been planning to train ESL students who are 16 or older so they can deliver written materials in different languages.

He added that the students would be trained to place the information on a door handle or under a door and would be told not to engage directly with residents.

Of course, that was all planned before the changes brought about by the new coronavirus known as COVID-19. Now schools are out of session and organizers must discuss whether they need to adjust those strategies, Cornejo said.

Catholic Charities also has canceled all classes through its Su Casa and refugee resettlement programs until April 6 as a result of the pandemic, said spokesman David Taylor, so the agency won't be able to educate clients face to face during that time in the same way it had planned.

Schemmel said many of Santa Maria’s strategies won’t need to change, at least at this point.

The organization has employees who visit the homes of parents with young children to provide support, and they will educate those parents about the census, too, she said.

The nonprofit has Spanish-language census pamphlets and posters in its office lobbies and will be airing census information on televisions in its lobbies, too, she said.

Those messages aren’t likely to reach Valladarez. She and her husband live in a tidy home near Norwood. Her husband works in construction, and she cleans houses for a living. The only help she seeks is for translating when she takes her son to doctor’s appointments, she said.

The best way to reach many families with information, she said, would be through their children’s schools.

“I know the importance of being in the census because it’s through that where we get new programs or help within the community. So, yes, it’s very important,” she said. “Each school knows the Hispanic community surrounding it and the people who need help there. Because through the schools, we could be participating more.”

More information about the 2020 census and what local leaders are doing to educate the public about it is available online.