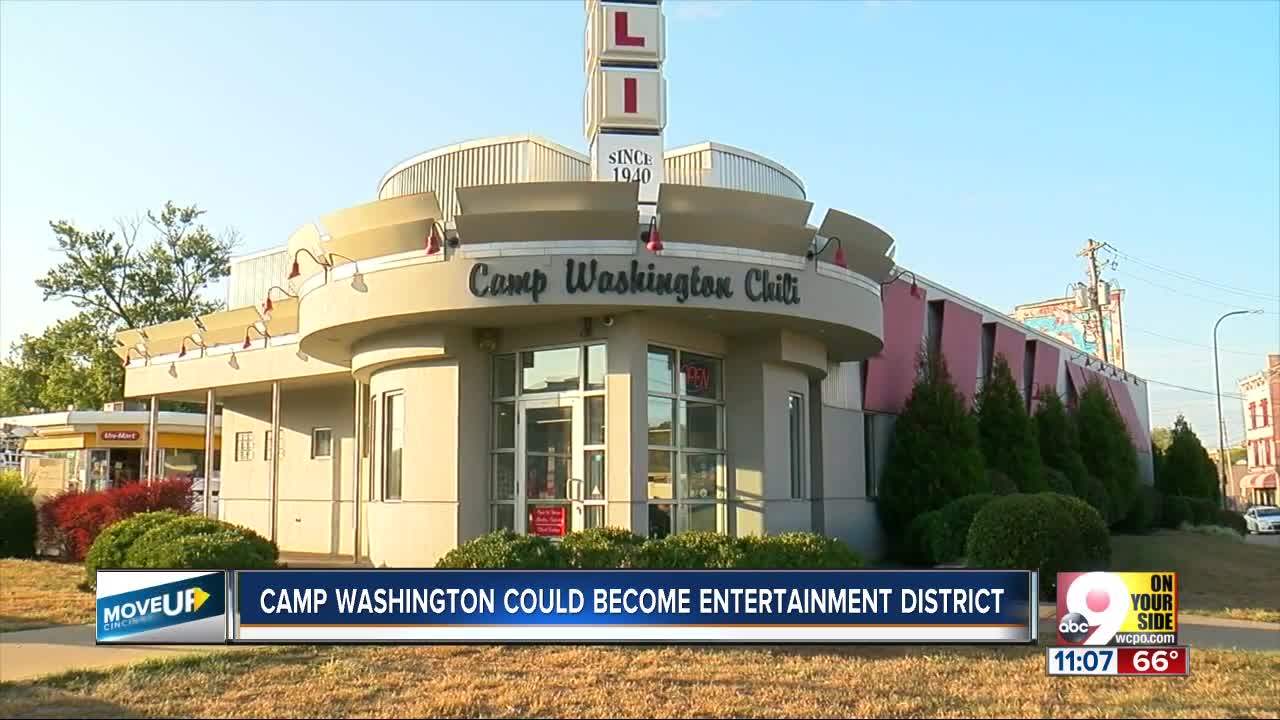 The district would allow more restaurants to come in and obtain liquor licenses. The goal isn't to become another Over-the-Rhine, but to lean into the neighborhood's growing art scene. 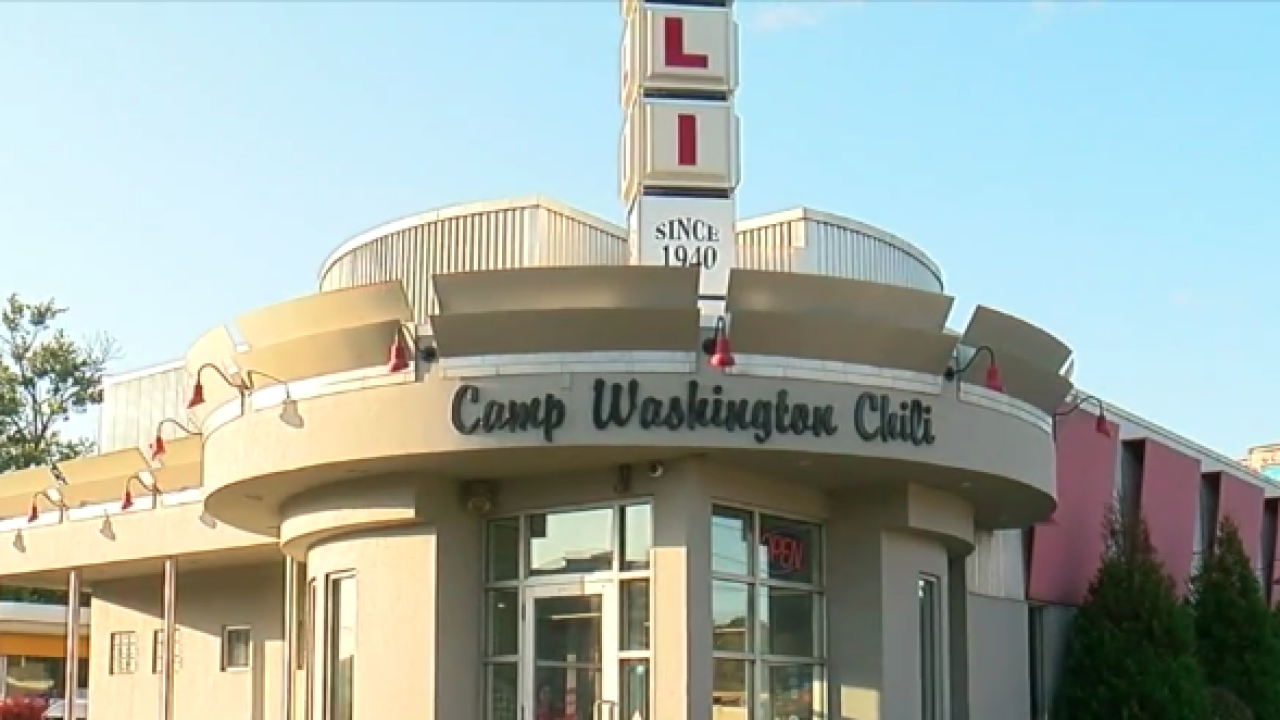 CINCINNATI — Camp Washington could be getting cooler!

Community leaders want to establish a 132-acre entertainment district. The goal is to replace empty storefronts with bars and restaurants.

The U.S. Chili building has been vacant since this summer. And it's not alone. The idea now is to fill these spaces and revitalize this neighborhood in the likeness of Camp Washington Chili.

The neighborhood staple, has been going strong since 1940. It’s part of Haley Hedger's history, too. She's worked there for four years and grew up nearby.

"Everybody knows about our chili, but nobody really knows about the other things we have going on in the community," Hedger said.

But that could soon change if Heller-Jackson gets his wish.

"We are quirky in our own way to begin with. We're sort of expanding on that," he said.

Heller-Jackson is a community organizer with the Camp Washington Community Board. The organization wants to create an entertainment district.

"We, at this point, have four, maybe five restaurants in Camp Washington and we've got over 6,000 employees that come here on a daily basis,” he said. “We need more places to eat."

The district would allow more restaurants to come in and obtain liquor licenses. The goal isn't to become another Over-the-Rhine, but to lean into the neighborhood's growing art scene.

Make better use of what we've got,” Heller-Jackson said. “We've got tremendous architecture here. There's a lot of good bones in these buildings here. We need people to use them, to breathe new life into them."

And to create new landmarks.

"I actually think it'd be a good idea,” Hedger said.

The Community Entertainment District will go before full council in a few weeks.