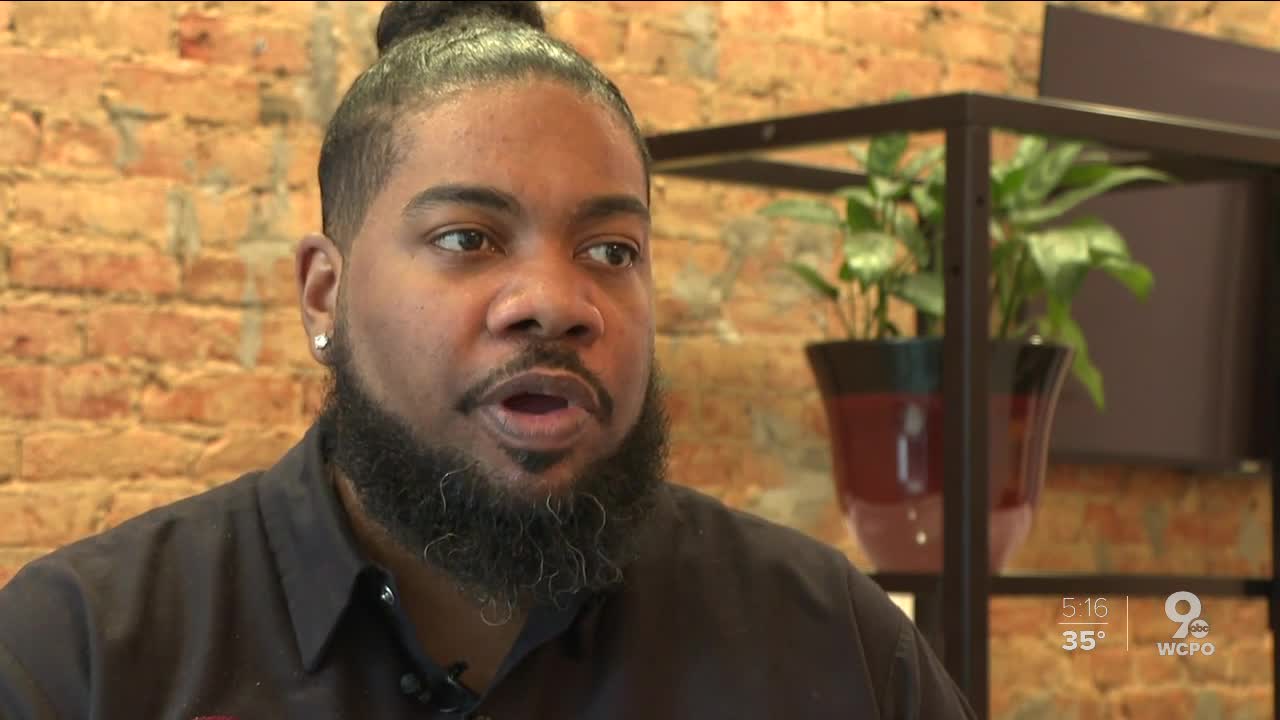 Six years ago Allen Woods, Derrick Braziel and William Thomas launched entrepreneurial hub MORTAR in Over-the-Rhine to help minorities and women in Cincinnati take their talents and turn them into viable businesses. Now, Cincinnati is seeing a boom in new black-owned bars, restaurants and other small businesses.

CINCINNATI — Six years ago, Allen Woods, Derrick Braziel and William Thomas launched entrepreneurial hub MORTAR in Over-the-Rhine to help minorities and women in Cincinnati take their talents and turn them into viable businesses.

"There are people who are very creative and have these brilliant ideas, but maybe they don't have the know-how of how to get started or they don't have the resources for finding a location or capital to get a business started,” Woods said. “So, we wanted to create MORTAR to help them through those processes."

Fast-forward to today: Cincinnati is seeing an increase in new black-owned bars, restaurants and other small businesses. Several of those business owners have participated in programs at MORTAR or the restaurant-focused Findlay Kitchen small business incubator that opened in 2016.

“So, we’ve begun to see the city has begun to really embrace these businesses,” Woods said.

“I never felt at home sitting in any coffee shop in Cincinnati,” Cameron said in an interview shortly after Black Coffee opened at 824 Elm St. “Cincinnati has really good coffee. I say that almost all the time. We really do. We’re lucky. But none of the shops speak to the culture that I grew up in. We needed a space that feels rich in black culture, but done right, so that everyone can appreciate it. And that’s how we came to this.”

Andrea Sutton Lee opened Sugar, her first brick-and-mortar boutique bakery location, in Over-the-Rhine on Aug. 30 after a years-long journey that began as a hobby in her kitchen.

Lee officially launched Sugar in 2016 as an online-order-only business. She eventually enrolled in MORTAR’s entrepreneurship academy and started using Findlay Kitchen’s industrial ovens to continue to grow her bakery.

"Transitioning that hobby into something full time has definitely been a sacrifice for myself and my family," said Lee, who gave birth to her and her husband’s first child in December.

The rewards of being a small business owner are worth the sacrifices, she said, including the independence to set one’s own course, hopefully provide her children a legacy and stand as an example to the community.

"As a black-owned business in OTR, a neighborhood that's been gentrified, and still be here as a beacon of light to other African Americans who've grown up in this community ... to be that example,” Lee said.

This year other restaurants, bars and bakeries will add to Cincinnati’s growing black-owned entrepreneurial community when they open.

Christina Davis has followed a similar path as Lee. Davis has operated her Davis Cookie Collection through online sales and plans to open her first storefront later this year in Bond Hill.

Brian Jackson, who graduated from MORTAR with Cameron, plans to open Esoteric Brewing Co., Cincinnati’s first black-owned brewery, this May in Walnut Hills.

“I’m a Southern guy, born and raised in New Orleans, and Katrina put me here,” Harris said. “And that’s where the name Category 5 comes from.”

Harris worked in multiple New Orleans restaurants before moving to Cincinnati with his wife in 2005. After working with chefs such as Jose Salazar, Harris said he saw real opportunities to open his own place in the Queen City.

“There’s stories behind the food; there’s culture behind everything, ” Harris said. “I want to bring to the city a whole 'nother hurricane of New Orleans food. What I’m trying to bring here, I’m literally trying to pull from down south to here.”

“We are currently creating that masterpiece,” MORTAR's Woods said of the diversity of new places opening in Cincinnati. “They are providing a different cultural experience when people come into their spaces and they are finding that people of all different walks of life are learning something new.

"And then we are able to come together more. And we have this commonality of creativity and entrepreneurship and just this quest of making sure we are taking care of our families.”