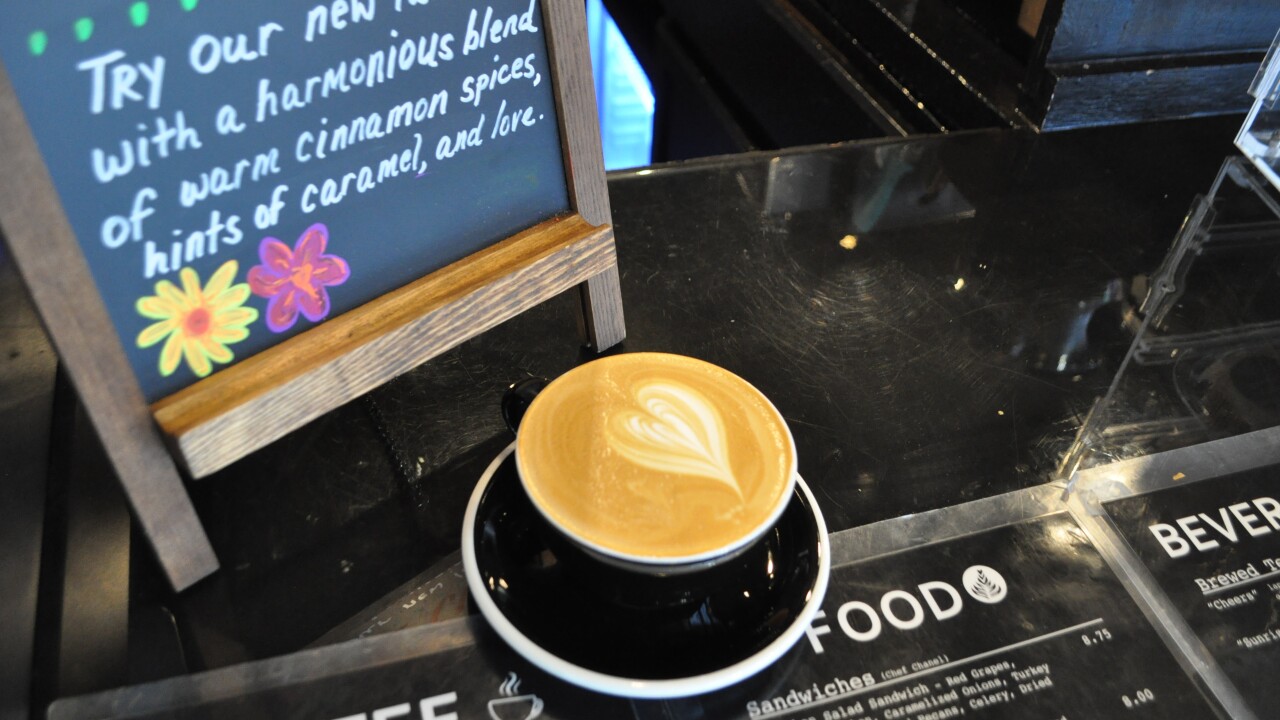 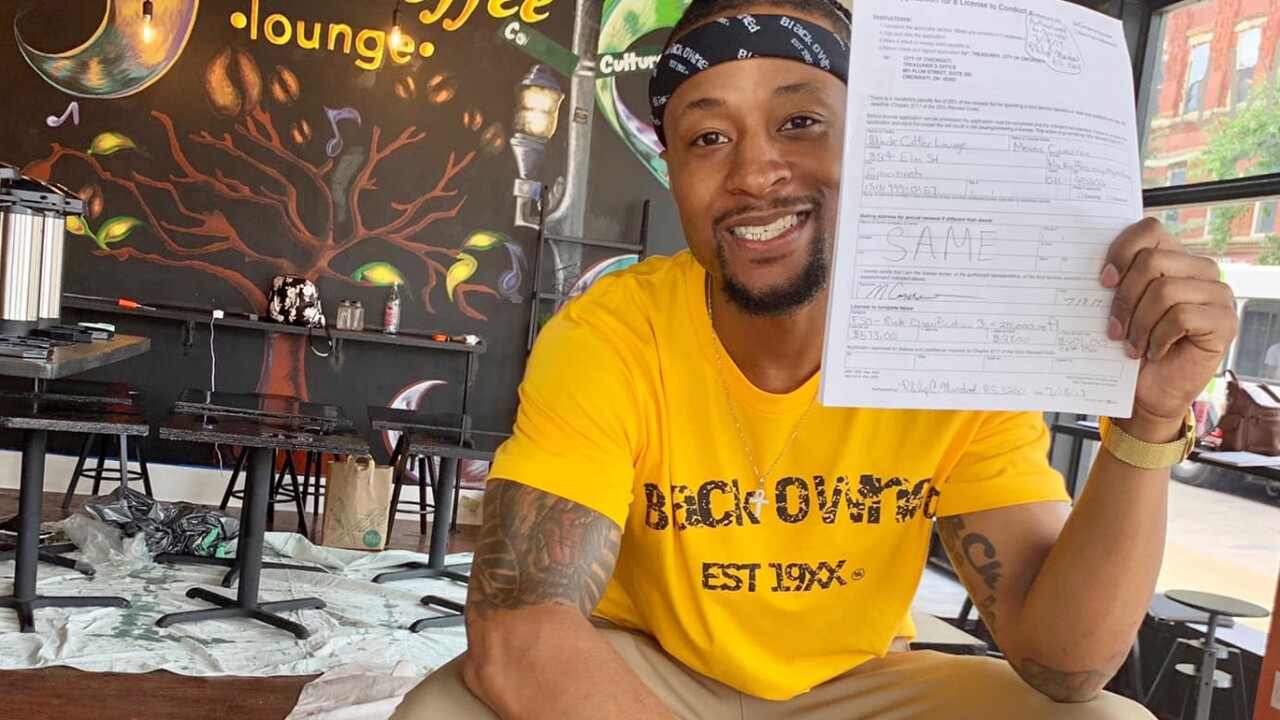 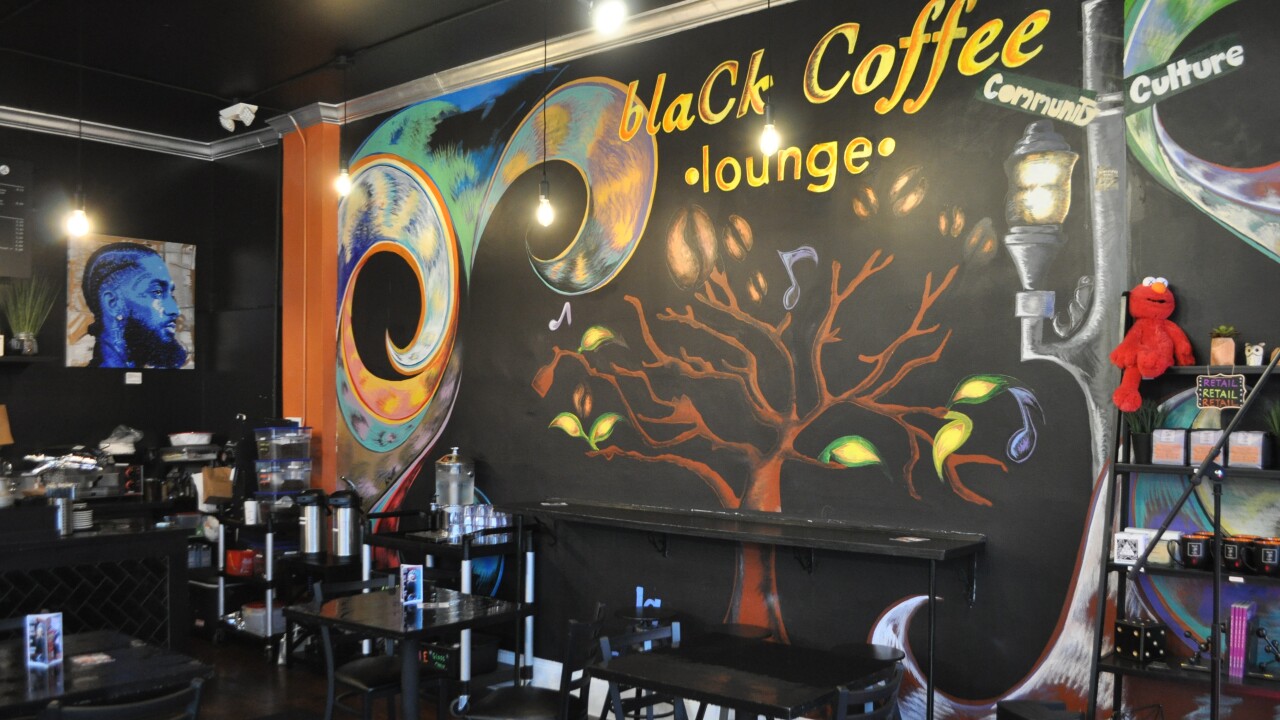 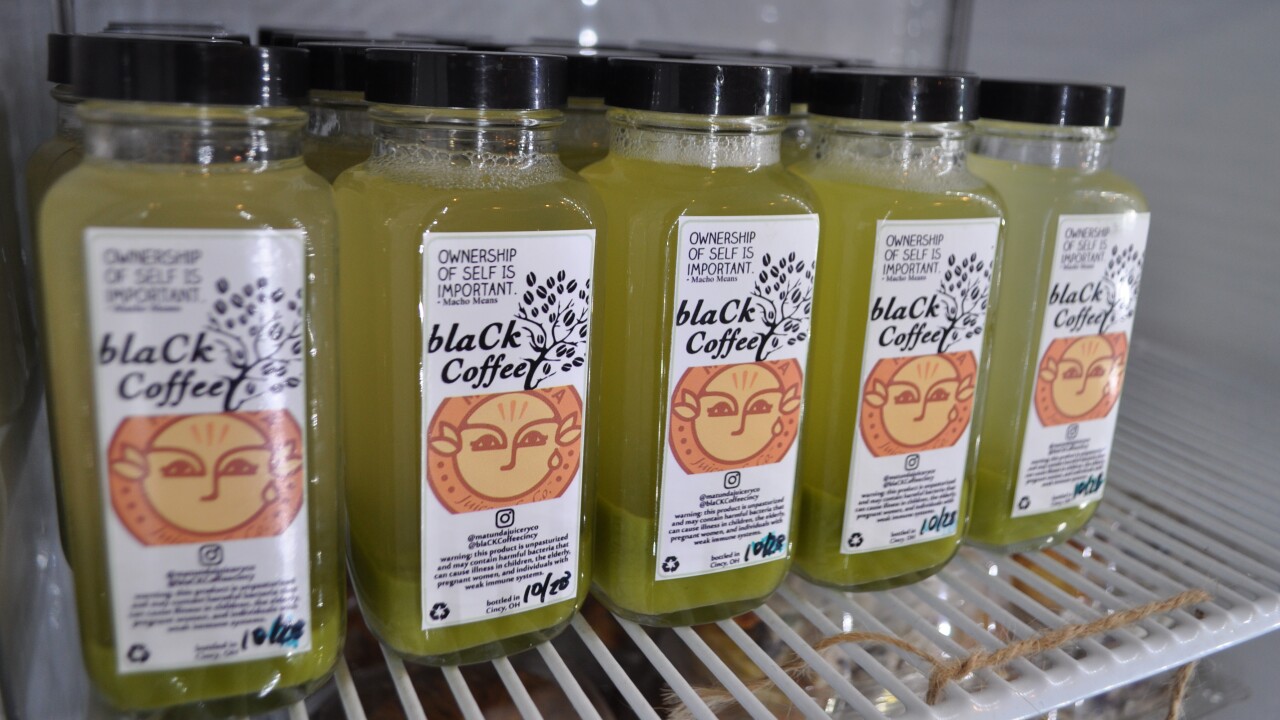 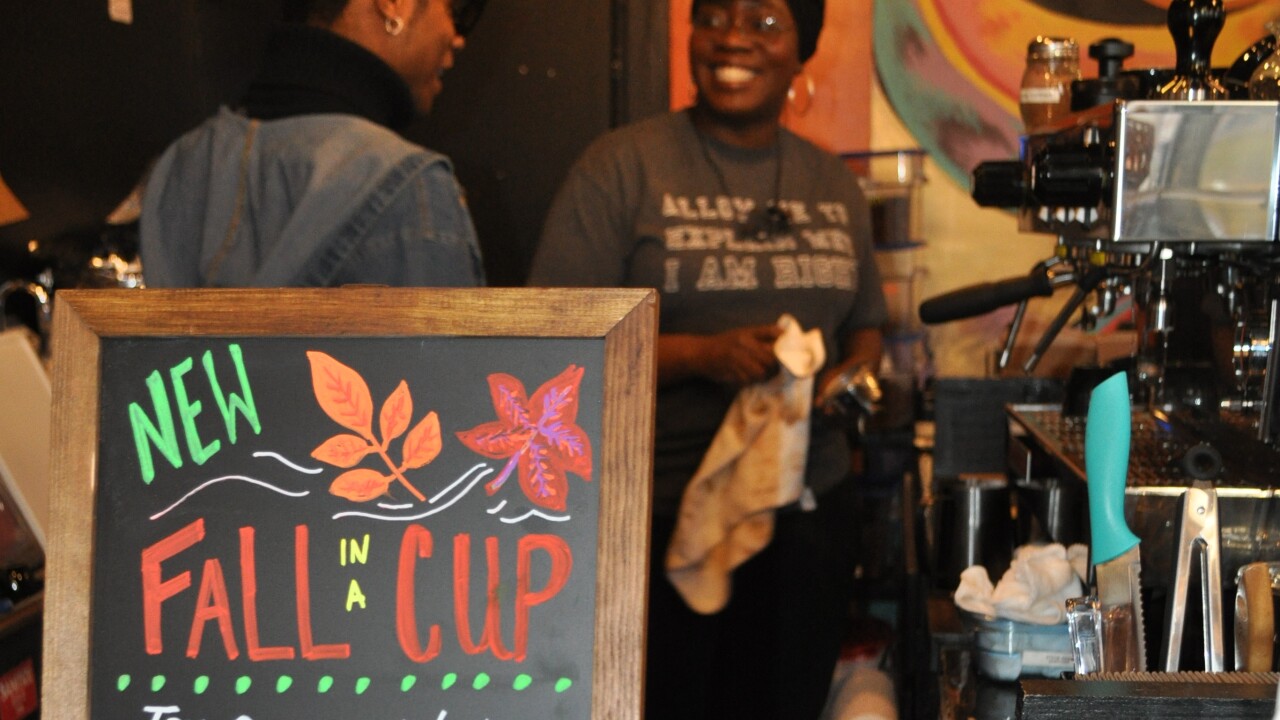 CINCINNATI — It came up, just briefly, in casual conversation.

When Means Cameron mentioned to his landlord – the owner of the building where he operates his branded apparel company BlaCkOWned – that he would like to open a coffee shop one day, it was just small talk.

That talk became a lot more real once the retail space next to BlaCkOWned, at 824 Elm St., became vacant. Two years and two months later, BlaCk Coffee Lounge was born.

The coffee shop, which opened in July, is inspired by and celebrates street and hip-hop culture, a vibe reflected through its music and décor – which plays off all-black walls – and even on its menu.

Cameron wanted it to be a place where everyone, regardless of race, was comfortable and could celebrate community.

“I’ve been into coffee for years. I got hooked on Starbucks by someone else. But I never felt at home sitting in a Starbucks,” Cameron said. “I never felt at home sitting in any coffee shop in Cincinnati. Cincinnati has really good coffee. I say that almost all the time. We really do. We’re lucky. But none of the shops speak to the culture that I grew up in. We needed a space that feels rich in black culture, but done right, so that everyone can appreciate it. And that’s how we came to this.”

Expectations are high, and Cameron knows it. BlaCk Coffee, which sits at the corner of West Ninth Street and Elm, isn’t exactly in a drink desert. Coffee Emporium is just around the corner. And the new Downtown Kroger came complete with its own Starbucks walk-up window.

But Means brought his A game.

He was particular about everything, from the mugs to how his baristas trained. The menu itself is anchored by a custom house blend, an African-inspired mix that’s 50% Colombian, 25% Rwandan and 25% Ethiopian. The best seller is the Swirl, a caramel and dark chocolate latte.

Tea, both brewed and bagged, is from Teas With Meaning, created by an Ohio native.

BlaCk Coffee also sells cold-pressed juices, which can be plucked from a cooler right next to the counter, made by Cincinnati-based Matunda Juicery, and sandwiches like chicken salad and veggie. Pastries are also made locally.

“We knew what we were up against,” said Cameron, a native of the West End and a Miami University graduate. “We knew we had to come in with our best. In a lot of cases, we’re someone’s first stop. You wake up, you may have a crappy morning, but when you walk in here, we have the opportunity to change things.”

On the community end, BlaCk Coffee hosts events, a roster that Cameron hopes to grow. The particular theme rotates but includes open mics and poetry readings and workshops on mental health.

“We want this to be a safe space,” he said. “That’s something that was needed as well.”

“I feel closer to the community that I’m in,” he said. "We needed our own coffee shop.”

But even bigger than that, the community needed a space like this, he said.