Back to the drawing board for Northside's Apple Street Market 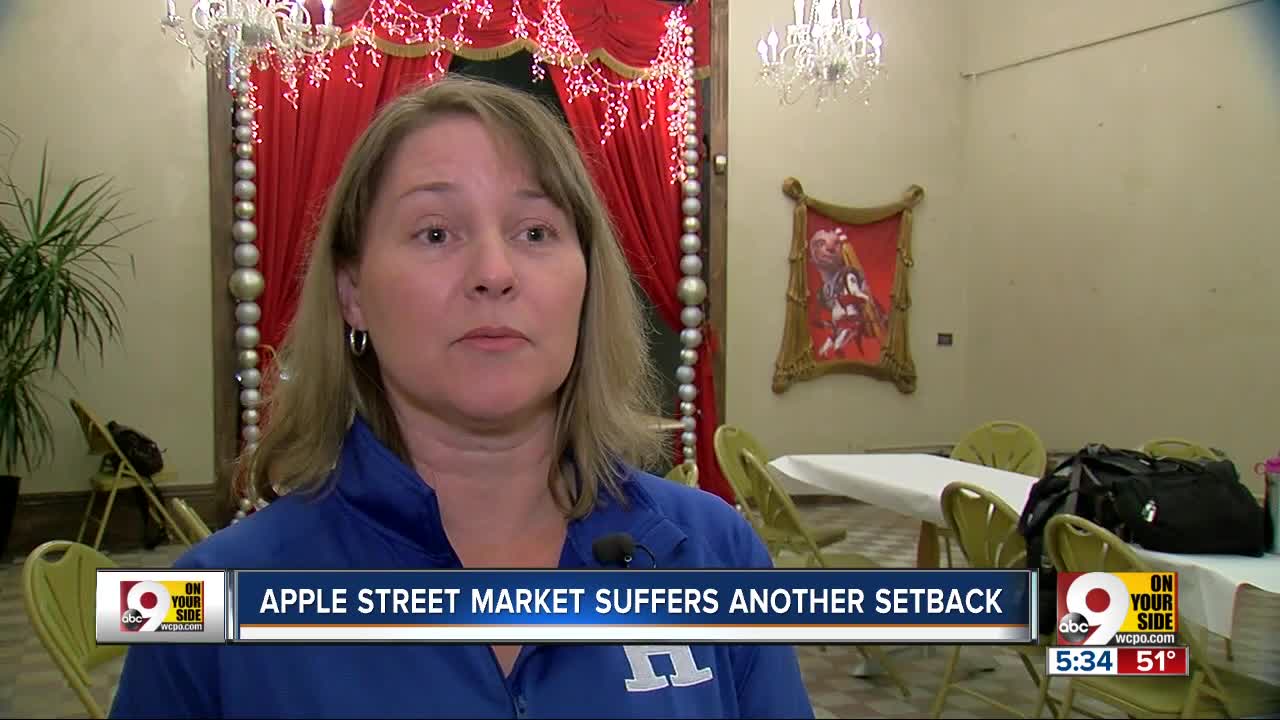 For two and a half years, residents have been trying to resurrect a former Save-A-Lot location as the Apple Street Market, a community-owned grocery store. Unfortunately, the wait just got a little longer.

There's no end in sight for Northsiders waiting for a new grocery store in their neighborhood.

The former Save-a-Lot at 4145 Apple Street closed its doors in 2012. Residents have spent over two years attempting to resurrect it as the Apple Street Market, a community-owned grocery.

But this week, the Apple Street Market Cooperative board voted to withdraw its most recent plan to use a portion of the building as a grocery store option.

"We're definitely disappointed at this outcome because we had been planning for this location for a while," said Heather Zoller, secretary of the Apple Street Market Cooperative.

The loss of the Save-a-Lot store in 2013 turned Northside into a food desert, meaning residents have to travel several miles outside of the neighborhood to find fresh foods. The Apple Street Market Cooperative was formed in 2017 to bring a grocery store back into the neighborhood, and it quickly identified the shell of the former Save-a-Lot as an ideal location.

It would take millions of dollars to make it happen. The co-op secured it, but the financing fell apart in 2019, forcing the board to come up with a new plan and a new source of funding. They hoped to still perhaps occupy a portion of the old Save-a-Lot building but finally decided there were too many roadblocks.

"We have to look for a store again where we can be successful, where we have parking, where we have access to trucks, where people can see the store, where we have size," said Zoller. "Unfortunately we've discovered too many barriers."

Parking was among the most significant.

The empty building is owned by Northside's community development corporation. Northsiders Engaged in Sustainable Transformation (NEST) plans to use the site as a mixed-use development with residential units, but finding enough parking space to accommodate both customers and tenants would have been difficult.

She said the co-op has been working on the project with a distributor, Associated Wholesale Grocers, which has been providing marketing studies and other guidance throughout the process.

Barker said other problems they pointed out included:

"It's hard to have two uses in that space," said Barker.

She said NEST, the Northside Community Council and other groups will assist them in trying to find a new location, but the kinds of properties that could house a grocery store are in short supply. Barker said it would take a vote of the community owners to expand the property search outside of Northside.

"My big hope is that one of the places in Northside will work," Barker said.

"The most important thing is that we move forward with a successful store that will really serve the needs of the community," she said.

The co-op has raised over $800,000 but hopes to secure more than $3.3 million through additional funding comprised of new market tax credits and a loan. Barker said they will need to find a new location in order to apply for the loan and tax credits, which are awarded in the spring.