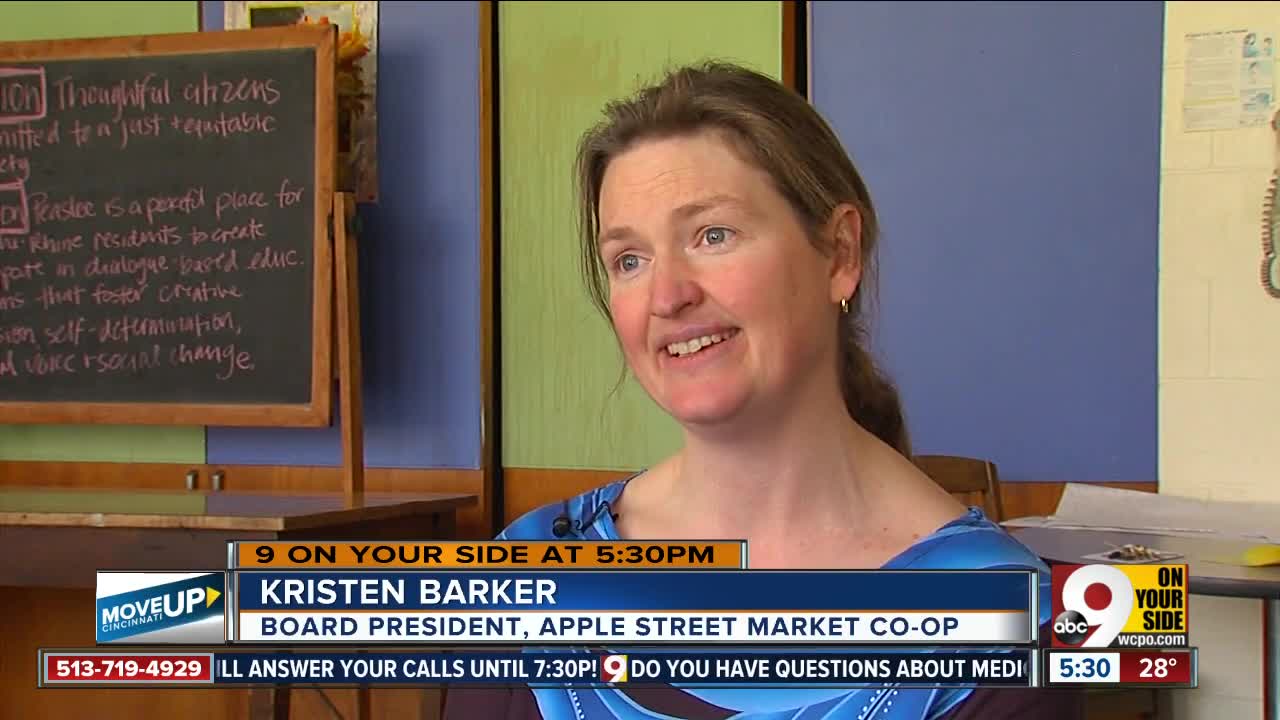 Northside has undergone a lot of transformation in recent years. New or rehabbed homes, apartments and buildings are popping up on nearly every street. But, despite the continuing revitalization, there's still one thing Northside doesn't have: a grocery store.

CINCINNATI — Northside has undergone a lot of transformation in recent years.

New or rehabbed homes, apartments and buildings are popping up on nearly every street. But, despite the continuing revitalization, there's still one thing Northside doesn't have: a grocery store.

"It's a needed issue, especially with Northsiders who don't have reliable places for food," said nine-year resident Brandon Baughman. "They have to go outside of the neighborhood to get stuff."

Baughman is a barista at Sidewinders Coffee Shop. He said there was a lot of excitement a few years ago when the idea of Apple Street Market started being discussed.

"About four years ago signs started popping up in everybody's front yards saying that they support this Apple Street Market," he said.

Apple Street Market is a yet-to-be opened grocery store co-op at 4145 Apple Street. The vacant building was formerly a Save-a-Lot until it closed in 2013, leaving residents without a nearby grocery store.

"If you need to go to Kroger, you have to arrange your own transportation," Baughman said.

"The buses don't run there on Sunday," said long time resident Heather Sturgill. "They're limited service on other days."

Sturgill, along with a number of other Northside residents, formed the Apple Street Market Co-op. They had nearly everything in order to begin renovations on the building in a few months. Then in recent weeks, one by one the plans began falling like dominoes.

"This series of setbacks has been really disappointing," said Kristen Barker, board president of the Apple Street Market Co-op.

In all, more than $4 million dollars in financing for the project went away in a matter of weeks.

"That this happened was such a kick in the gut," Sturgill said. She said the volunteers were in the middle of planning for the ground breaking when they received the news. "We hadn't exactly bought the shovels and painted them gold."

Sturgill said she and her husband feel so strongly about the need for the grocery store co-op in Northside that they are donating $100,000 to the project from their retirement.

"We couldn't bear to see that just end," she said. The co-op will place 75 percent of the money in an escrow account. The remaining 25-percent will go toward the project.

The co-op is now in a rush to try to raise at least $2 million to save the project. They believe it would take $800,000 to prove to NEST that they are a serious contender for rehabilitating the building.

"We definitely have some interest that will align with our community land use plan, things that we hear the neighborhood wants," said Sarah Thomas, executive director of NEST. She said NEST has to follow a strict timeline to revitalize the property within two years because it was purchased through a community development block grant. If NEST misses the deadline, the $515,000 grant turns into a loan that would have to be repaid. But, Thomas said she would like to see Apple Street be an applicant for the property.

"We of course would love to see food access," she said.

Meanwhile, Barker said they are now in a race to raise they money through a major fundraising drive that will include looking for corporate donors and trying to increase the number of community owners.

Barker said they'll know where they stand by the end of the summer.

"Are we in a place where we want to continue the project?" Barker said. "Or, have we not made sufficient progress. Then is it time to end the project?"

"The numbers say it can work," Sturgill said.

Barker and Sturgill say the financial and operational structure they are using for the Apple Street Market is sustainable. It involves keeping conventional debt low and raising money to get a strong start. They point to a similar model in Dayton, Ohio that was able to get launched with several million dollars in donations.

"It's a heavy lift for a low to moderate income community," Sturgill said. "But, it's a lift worth making."