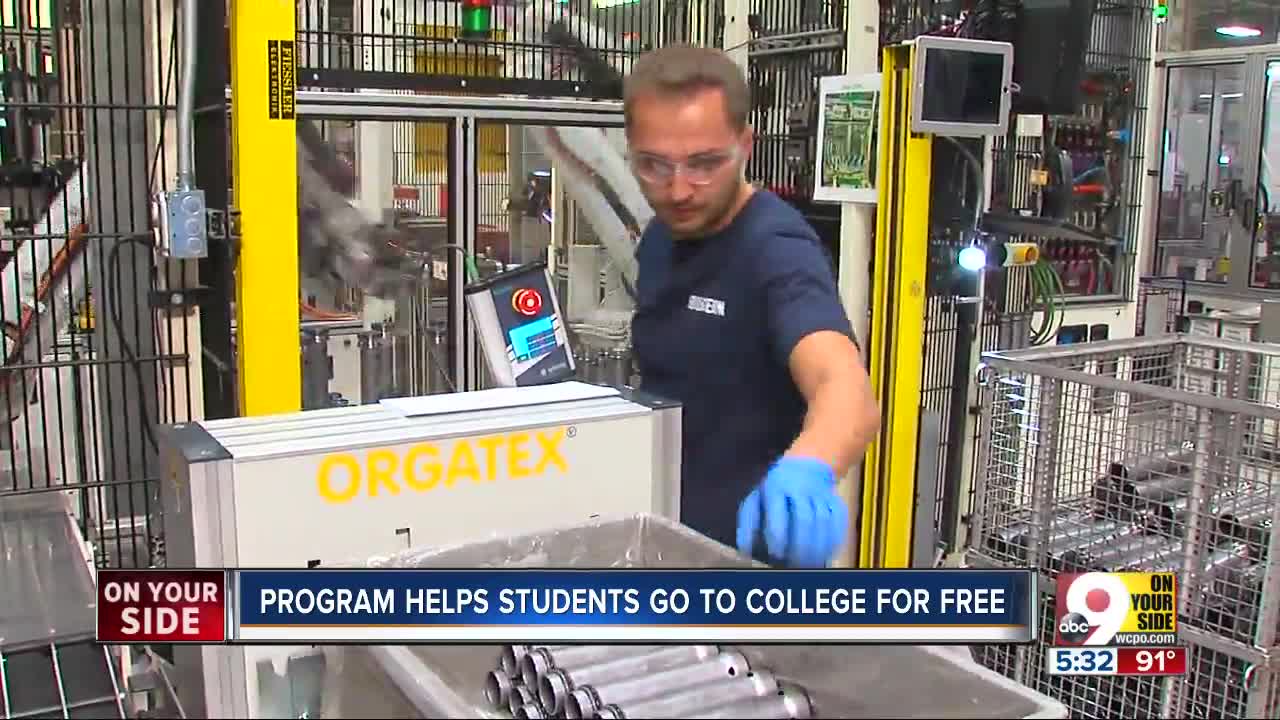 Garrison Barnhill has $16,000 in college debt. It could have easily been double that if he hadn't found a program that will pay his tuition for him. You heard that right: A pilot program at Miami University's Middletown and Hamilton campuses is helping students earn their four-year degrees -- for free. 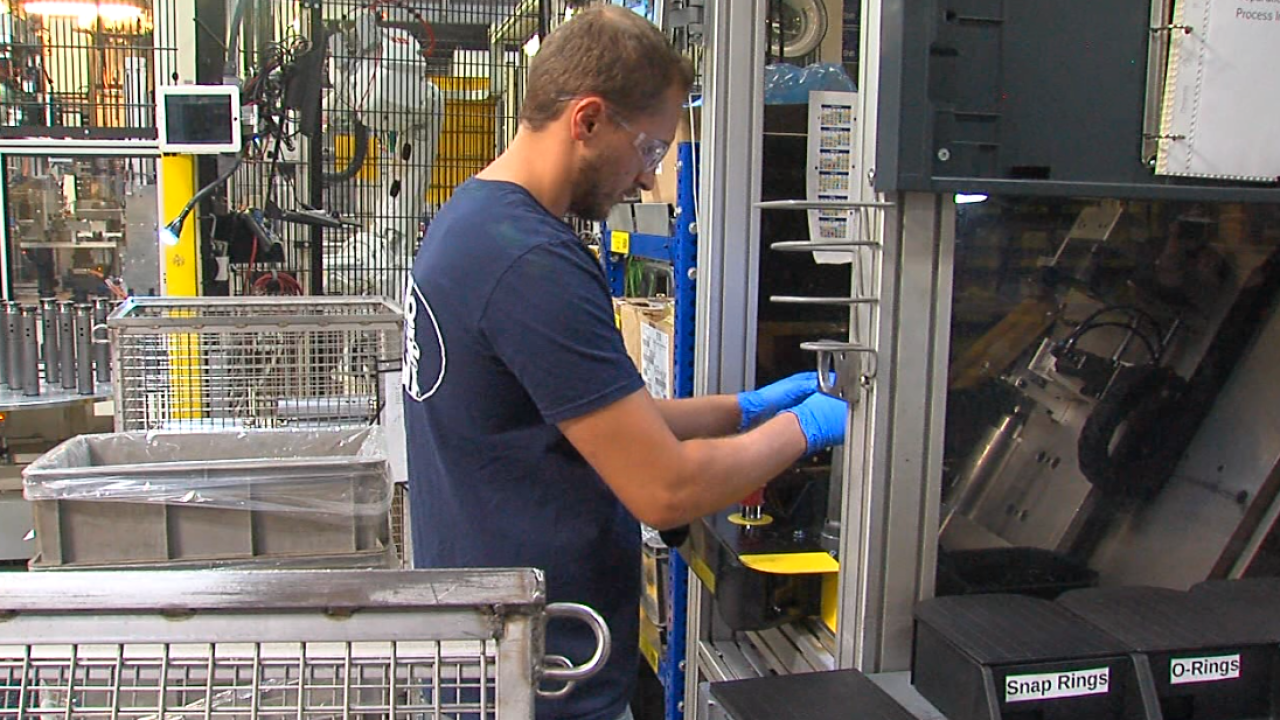 It could have easily been double that if he hadn't found a program that will pay his tuition for him.

You heard that right: A pilot program at Miami University's Middletown and Hamilton campuses is helping students earn their four-year degrees -- for free.

Barnhill went to Cincinnati State and earned two associate degrees in Pre-Engineering and Electrical Systems. But, he also wracked up student loans.

"I was worried about getting a great job after graduating college," Barnhill said. "And, the government and everyone wanting you to pay their money back. Going to college is a huge deficit to most people."

Barnhill was one of the first students to apply for the Work+ program. Students must be full-time students with 12 or more credits. They also have to apply for and get a part-time job at one of four participating companies.

Tuition is deferred until grades come out. If a student get a C or better, the company with which they are employed pays the bill. If a student gets below a C in a class, they pay that portion of the tuition bill.

Barnhill is now balancing his classes as an electrical and computer engineering technology major at Miami's Hamilton campus with a job giving him real-world experience at thyssenkrupp Bilstein, which produces shock absorbers for a variety of automobiles.

"I'm seeing the aspect of how shocks are made and evolve," he said, "And I'm seeing how the robots are actually transferring these shocks through the process."

Thyssenkrupp Bilstein is one of four companies participating in the program. The others are: Butler County Regional Transit Authority, The Fischer Group and Deceuninck North America in Monroe.

Students in the program can have any major, as long as it's offered at one of Miami's regional campuses or the majority of the classes are taken at a regional campus.

"We really just have all types of majors participating" said Kelly Brown, interim director of the Miami Regionals Work+ Program. "It really is just about students who want to work hard, and get the benefit and reward for doing that."

And participants in the program also get the benefit of a paycheck.

"I think what I like most is the students who have said, 'Wait, I'm going to earn a paycheck also?'" Brown said. "They really can't believe that part of it."

For companies like thyssenkrupp Bilstein, where workers looking for manufacturing jobs are in what's called a 'worker's market' here, a new source of motivated workers is a blessing.

Lindsey Stanfill, a human resources manager at thyssenkrupp Bilstein, said they immediately said yes when approached about being part of the program. The students they hire work about 25 hours a week.

"Thinking through our workforce needs and what the program could offer, we immediately said yes," Stanfill said. "We're interested. We'll do whatever it takes to make that happen. Basically our concept with the students is that two students will make one full time position."

The program could also soon expand to include more employers, said Randi Thomas, director of institutional relations at Miami University.

"We've had conversations with Koch Foods," Thomas said. "We're looking at hopefully reaching out to Kroger and Amazon as they come in."

State Sen. Bill Coley from Butler County spearheaded the launch of the program after he saw a similar partnership between the University of Louisville and UPS.

"When you think about it logically, why should a student sit outside the workforce for four years while they're getting trained?" Coley said. "These kids are going to come out well-rounded with their college degrees in hand."

Taking it a step further, Coley introduced a bill that would require the Ohio Department of Higher Education to create a template of the Work+ Program so that it would be replicated at university regional campuses statewide.

"We think students around Ohio are going to want to look to this as the way to go to college," Coley said.

Meanwhile, Barnhill is thanking his lucky stars that he won't be accumulating the average $29,843 tab that students today face in the U.S.

"Having a job while you're going to college makes you a better prospect to getting a job when you graduate college," Barnhill said. He expects to graduate with a bachelor of science degree in two years, without a bill from Miami.

The Work+ Program is still accepting applications for currently enrolled Miami Regionals students through Sept. 30 for this semester. More than 20 spots are still available. Find more information about the program, and how to apply, here.