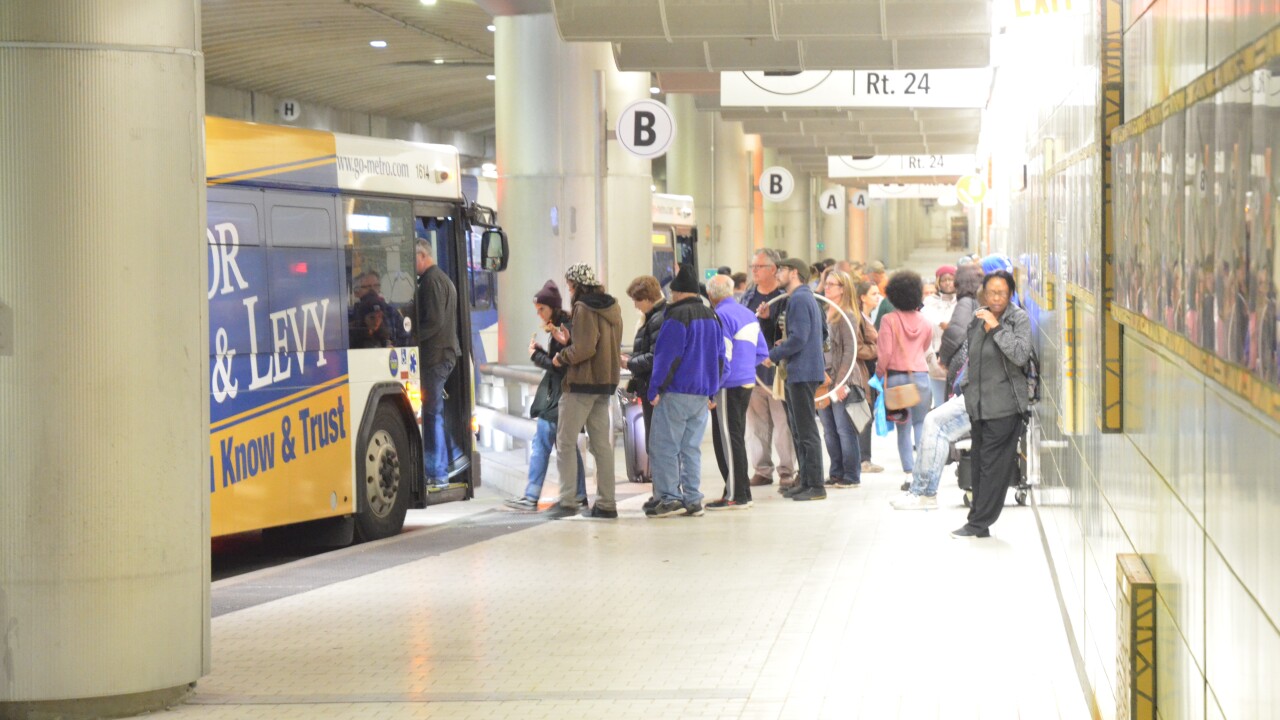 Transit officials on both sides of the Ohio River feel confident visitors to last weekend's art and light festival got the message: "Don't BLINK and drive."

Cincinnati Metro and the Transit Authority of Northern Kentucky both hosted BLINK-specific park-and-ride locations in an attempt to discourage people from driving too close to the four-day festival's zones throughout Over-the-Rhine, Downtown, The Banks and Covington. Metro offered park-and-ride service at the Cincinnati Museum Center, Cincinnati State Technical and Community College, and -- due to high demand -- a third location starting Friday evening, at the Cincinnati Public School District's main office. TANK hosted a park-and-ride at Northern Kentucky University.

Metro announced Thursday that it counted 14,665 rides to and from its three park-and-ride locations. TANK officials told WCPO they counted 10,157 rides between its NKU park-and-ride.

The estimated 24,822 rides taken to and from the Riverfront Transit Center and the Covington Transit Center still only make up a small percentage of the estimated attendance, which organizers put between 1.25-1.5 million people. But Metro's CEO Daryl Haley still considers it a boon for exposing new potential riders to using public transit.

"We were thrilled to see so much interest in riding public transit during this great, family-friendly event," said Metro CEO Daryl Haley in a news release Thursday morning. "For those who rode Metro for the first time ever this weekend, we hope you enjoyed the experience and we hope you’ll consider riding the bus in the future."

For Metro, the daily ridership totals, supplemented by the additional park-and-ride locations, marked more than a 10 percent increase over the festival's four nights.

The two transit agencies' park-and-ride numbers are dwarfed by Cincinnati streetcar ridership estimates over the BLINK weekend, which exceeded 43,000 rides. For this year's BLINK, organizers and law enforcement chose to shut down streets along the streetcar route and provide a police escort for the streetcar vehicles during festival hours. The Southwest Ohio Regional Transit Authority and the city also decided to make the streetcar free to ride during the festival.