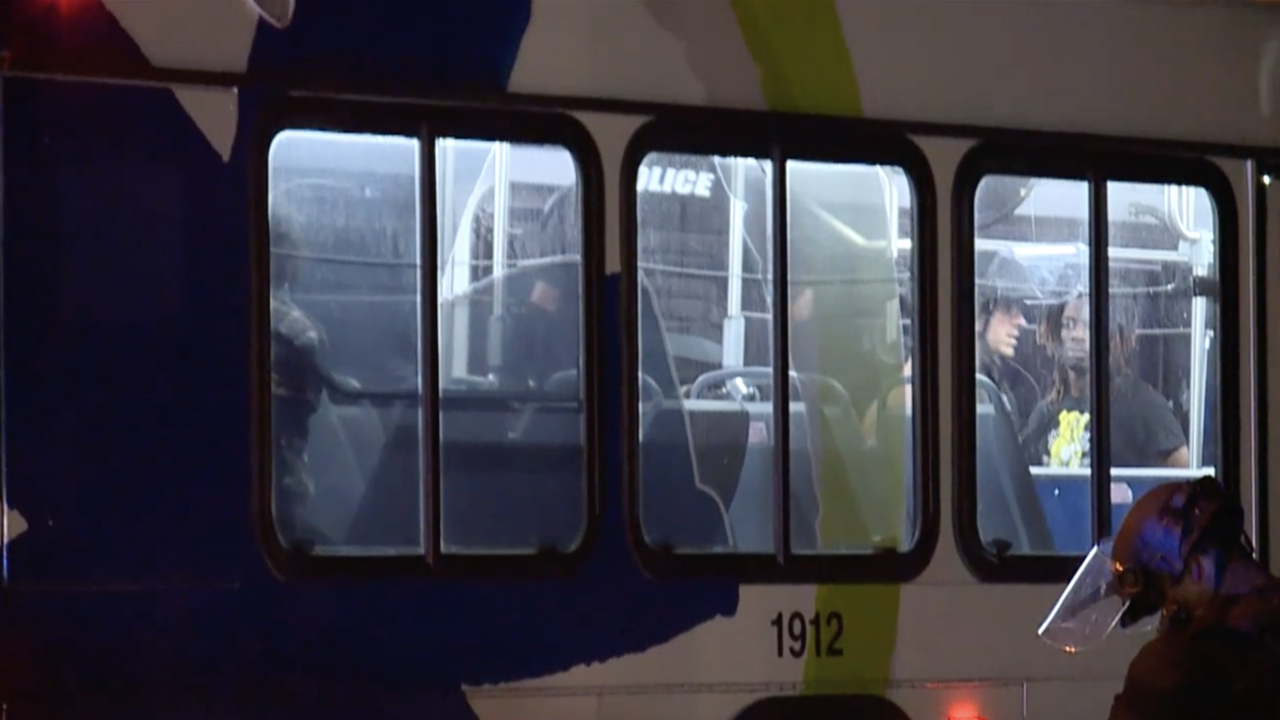 On Monday, Metro buses being utilized to transport people arrested after curfew were being driven by Cincinnati Police and SWAT officers. No Metro personnel were operating this evening's buses, according to Metro spokesperson Brandy Jones.

In a statement released Monday by the Southwest Ohio Regional Transit Authority, officials with the agency said, "SORTA’s Board leadership, in compliance with the direction of Mayor John Cranley, is permitting Metro to be used as transport by the police department during local protests."

The buses transporting those arrested by Cincinnati police on Sunday were operated by "non-union supervisors," officials said.

The Amalgamated Transit Union Local 627 also issued a statement, saying it was opting not to operate buses being used to transport those who were arrested.

"We refuse to put our bus operators in danger by being forced to drive buses to the protests to take arrested demonstrators to jail," union president, Troy Miller said in the statement.

Mayor John Cranley said during a news briefing Monday that he asked SORTA officials to use the buses.