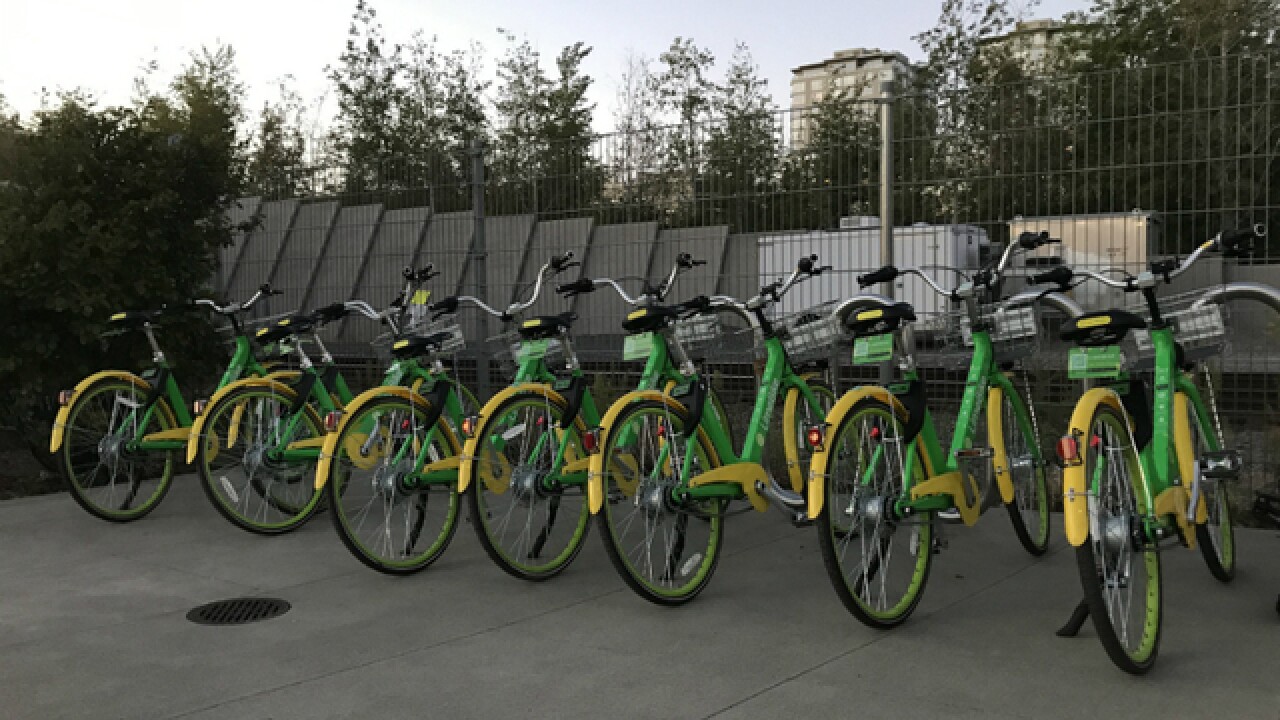 CINCINNATI -- The wave of rentable alternatives to driving a car will continue soon, with dockless rentable bikes and e-scooters coming to Xavier University's campus.

A spokesperson for the university based in Norwood and Cincinnati, Kelly Leon, confirmed to WCPO that Xavier has signed a deal with California-based Lime to provide the bikes and scooters.

Leon could not confirm when they will arrive on the campus.

"I know they are very busy deploying on the Ohio State campus. So after that's wrapped up we hope to be the next in line," said XU's Director of Utilities and Energy, Mark Hanlon, in an interview with Cincinnati Public Radio's WVXU.

Unlike Cincinnati's own public bike share system, Red Bike, the Lime bikes and scooters can be locked and left at any location, provided they are not blocking the public right-of-way.

Red Bike currently has no stations located on Xavier's campus.

Hanlon said the bikes must be parked next to an existing bike rack and if a bike is found to be parked improperly, Lime will have a record of who left it there.

"We don't expect too much of a problem," he said.

Since Bird's arrival in Cincinnati, questions have risen about where people can use them and who is liable in the event of a collision.

Like Bird, multiple other cities have had a bumpy transition with Lime rentals arriving in their city -- particularly with the scooters.

The Austin American-Statesman recently reported a man there is suing Lime after he said his car was damaged in a hit-and-run involving a scooter. An attorney involved in the case called it "uncharted waters."