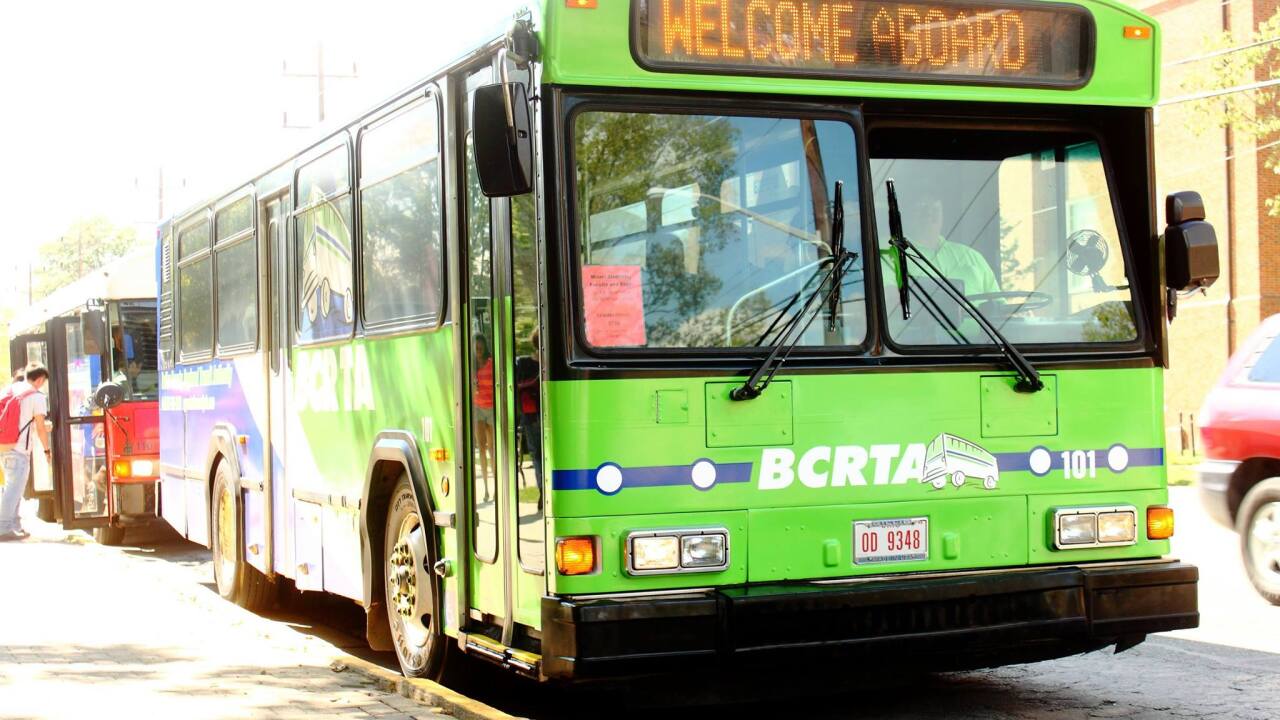 Editor’s note: With our coronavirus coverage, our goal is not to alarm you but to equip you with the information you need. We will try to keep things in context and focus on helping you make decisions. See a list of resources, frequently asked questions and more here.

The Butler County Regional Transit Authority and the Transit Authority of Northern Kentucky have temporarily suspended bus fare collection on their routes, in an effort to prevent the spread of coronavirus, COVID-19.

"In recognition of the financial hardship for some riders and also in an effort to improve social distancing, BCRTA will not charge a fare to ride any R, U, P, Middletown color routes or associated (Americans with Disabilities Act-related) service," officials stated in a release Thursday.

In addition to suspending fare collection, TANK will also mandate all passengers enter the bus from the rear exit door, ""in an effort to promote social distancing and provide an additional layer of protection for drivers."

BGo services will still charge the regular rate of $5 each way. Route R3 as well as Miami University and city of Oxford services will transition to summer operating hours starting Monday, March 23.

Making buses free to ride was meant to assist community members encountering financial strain due to COVID-19-related unemployment or other circumstances, but it also "will help prevent the transferring of money and limit exposure to high touch surfaces," the release read.

As of 1:45 p.m. Thursday, Butler County had eight confirmed cases of COVID-19, all individuals who have quarantined themselves in their homes, said Jennifer Bailer with the Butler County Health District.

WCPO has reached out to the Southwest Ohio Regional Transit Authority for specific details on how they are ensuring that taking the bus does not put riders or bus operators at risk of contracting the virus.

"Metro is taking multiple proactive steps to help prevent the potential spread of the coronavirus among our customers and employees," Southwest Ohio Regional Transit Authority vice president of external affairs Brandy Jones told WCPO in an email Tuesday. "In addition to the daily cleaning of our entire fleet, we will begin utilizing a chlorinated, sanitizing disinfectant on our buses."

"At this time, no decision has been made regarding the fare," Jones added in her email to WCPO Friday morning.

The decision to suspend fares is ultimately up to Cincinnati City Council.

Around noon on Friday, City Councilman Jeff Pastor tweeted that he has filed a motion requesting that the Metro bus system go fareless. Doing so would require an ordinance approved by a majority of City Council.

In a Thursday morning email addressed to Council and also sent to WCPO, Better Bus Coalition President Cam Hardy called on the council to compel Metro to suspend fare collection and to allow backdoor boarding for passengers.

"Due to the proximity of the fare box to the driver and the myriad of opportunities for passengers and the driver to come into close contact, it could be likely that the virus may spread easily to the driver," Hardy wrote. "That driver would then return to the garage and have the potential to infect other drivers."

Hardy, who led the local transit advocacy group's efforts to promote Issue 7 over the last six months, said not implementing these changes could have a "catastrophic effect on Metro's ability to operate its buses."

The Central Ohio Transit Authority, based in Columbus, Ohio, recently chose to suspend fares and allow backdoor boarding, according to a local report.