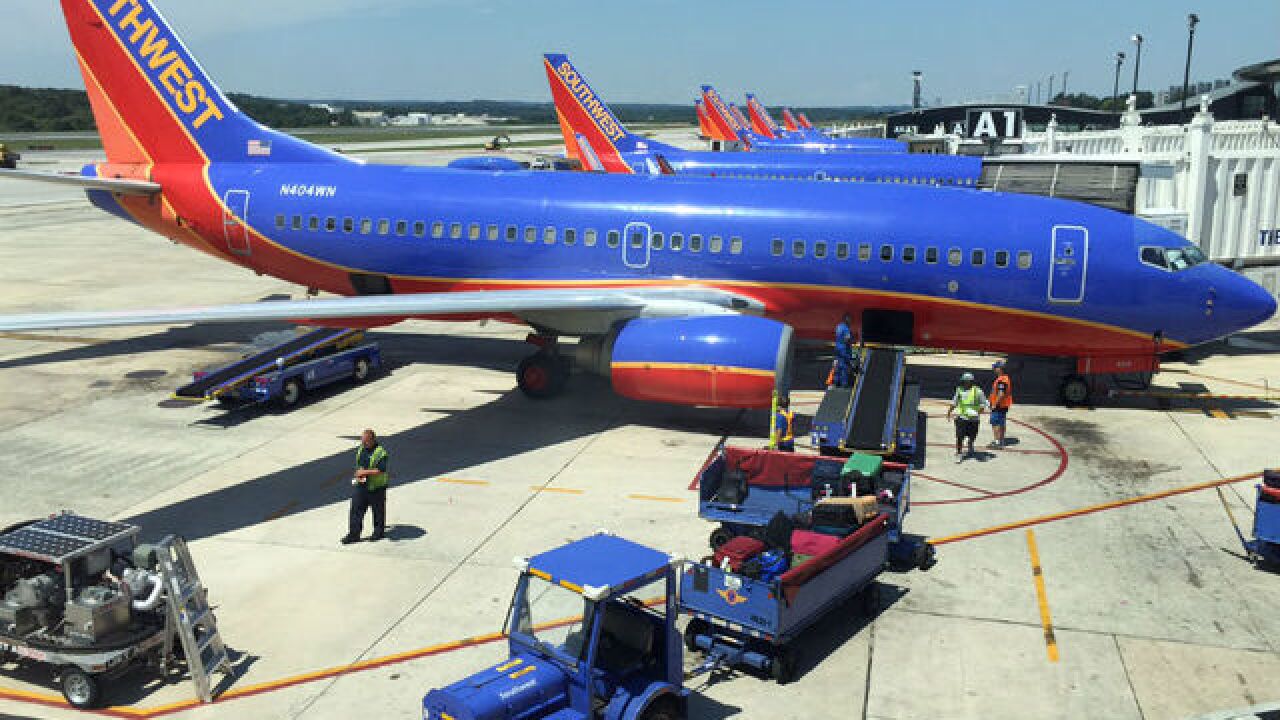 HEBRON, Ky. -- Expect to hear a lot more about service between the Cincinnati/Northern Kentucky International Airport and Chicago in the coming months.

CVG, riding a recent wave of record growth, will be upping efforts to market that route in particular, especially to business travelers, taking advantage of the fact that rates to the Windy City have dropped significantly in recent years.

Officials say the average one-way ticket to Chicago costs 58 percent less than it did in 2016, when passengers ponied up around $242 each leg. Now, that fare stands at $102.

The market has also seen marked passenger growth. In the first quarter of 2016, CVG averaged 199 passengers a day to Chicago, which was a 14 percent year-over-year increase from 2015.

However, in the first quarter of 2018, CVG averaged 406 passengers a day, said Bobby Spann, CVG's vice president of external affairs. Second quarter projections are even higher: Roughly 472 passengers a day.

Still, airport officials say, most people drive the route -- Chicago is about 300 miles from Cincinnati -- or they simply don't go at all.

So they're trying to spread the word.

"You can't really beat $100 each way … anywhere on our network, much less Chicago," Spann said. "(It's) all a great story. But we still have a lot people who don't know we're the lowest-fare airfare airport to Chicago in our region. The Columbus market to Chicago is about 100 passengers a day larger than our market here, and we've got two more flights a day. People think (it's) three or four years ago, when it was $900, $1,000, $1,200 to go roundtrip on a business day."

The price drop is partly attributed to the "Southwest phenomenon," Spann said. The carrier made its debut at CVG in June 2017 -- serving both Chicago Midway and Baltimore-Washington -- and fares took a "dramatic" drop.

However, low fares exist on other airlines, too. In addition to Southwest, three others, United, American and Delta, fly legs from CVG to Chicago's O'Hare.

"They (Southwest) got a strong response," Spann said. "Legacy carriers, those with a first-class cabin -- the carriers a lot of people have been taking for the last 20 years to Chicago -- they're half the price they were three or four years ago."

That's no exaggeration. United's fares to Chicago have dropped 57 percent, Spann said, while Delta's are down 53 percent, and American, 48 percent.

Overall, of course, CVG is an increasingly cheaper option from which to fly. A roundtrip ticket cost $215 less than it did four years ago, and CVG ranks No. 73 nationally in terms of its average airfare, per the most recent Department of Transportation statistics. CVG boasts the lowest average airfares in the region, compared to Indianapolis (No. 65), Louisville (No. 32), Lexington (No. 12), Dayton (No. 24) and Columbus (No. 48), the DOT said.

As recently as 2014, CVG was considered the most expensive airport in the country.

"It's been incredible," Spann said.