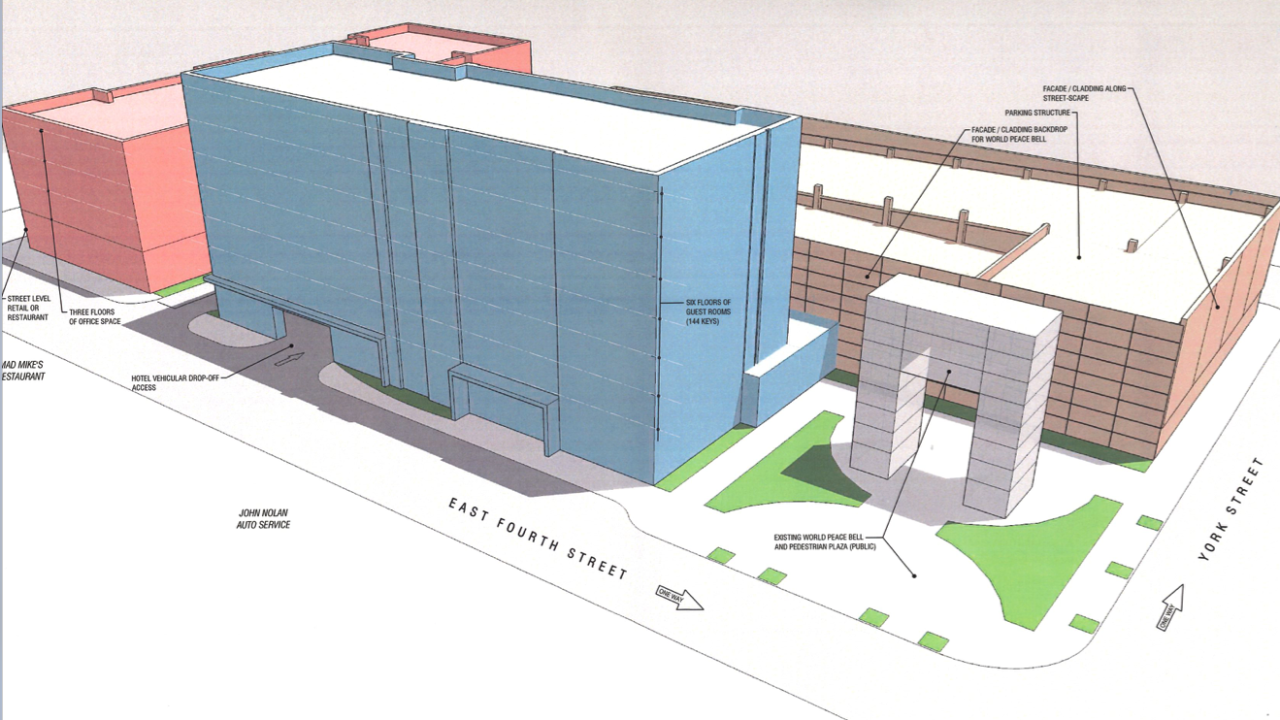 NEWPORT, Ky. — A developer plans to build a new seven-story hotel, four-story mixed-use building and parking garage on top of the parking lot next to the World Peace Bell.

The Newport City Commission unanimously approved plans for the development Monday, according to a news release. The vote came soon after other developers announced plans to build a new concert venue at the nearby Ovation site.

The plans for the World Peace Bell Hospitality's development include a four-story, 49,000-square-foot mixed-use building with retail storefronts on Monmouth Street and office space on the second through fourth floors; a seven-story, 144-room hotel — likely a Home2 Suites by Hilton — on East Fourth Street with an indoor pool and a 350-space parking garage on the corner of York and East Fifth streets.

"This project will be the missing link connecting Newport on the Levee to Monmouth Street and the Central Business District," City Manager Tom Fromme said. "It's another piece of the puzzle for downtown development and part of the rapid and remarkable transformation for our heavily-trafficked downtown corridor."

The developers also operate the nearby Hampton Inn in Newport and other hotels in the Cincinnati suburbs.

"We could not ask for better developers to work with," Fromme said.

Officials said the project will more-than-double the available parking in downtown Newport.

The City Commission also approved the use of Industrial Revenue Bonds to provide financing for the project, according to the news release.