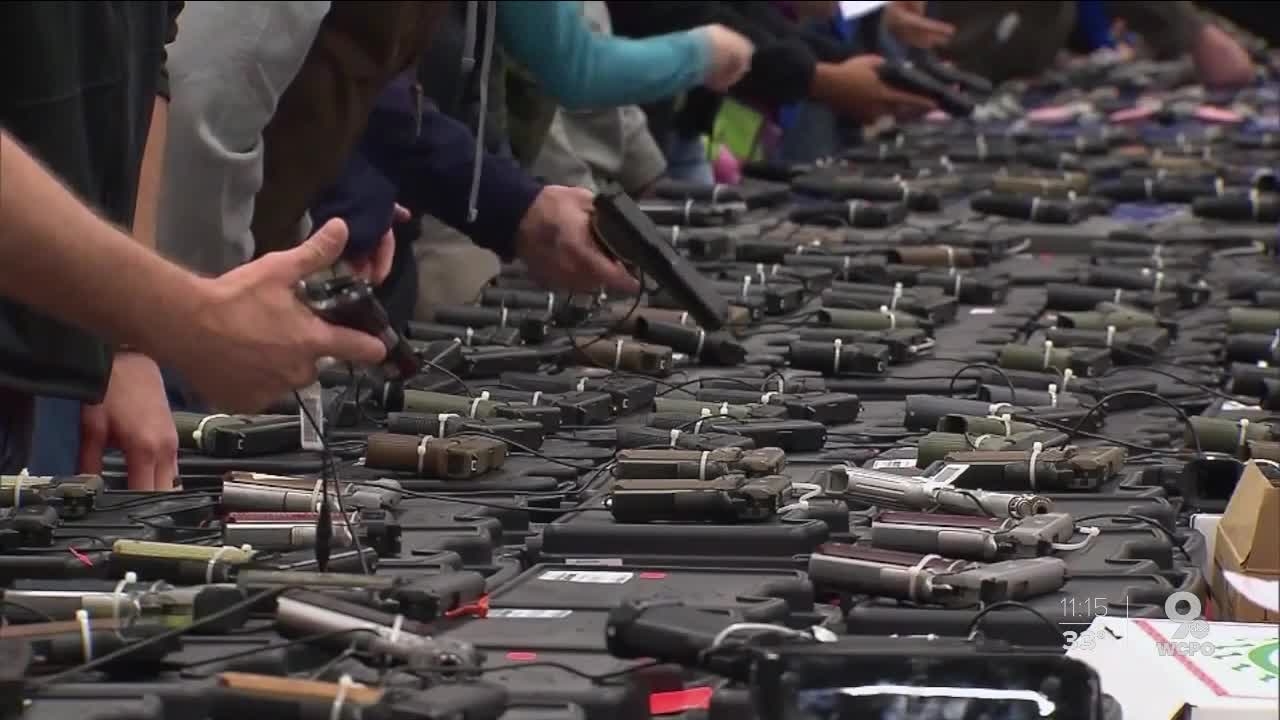 A local congressman introduced a new bill Thursday to lower the age adults can buy handguns to 18. A Cincinnati community activist says the bill is a bad idea.

A Northern Kentucky congressman has introduced a new bill to lower the age to buy handguns from 21 to 18.

He says that lowering the legal age to buy handguns is the safest option, as 18-year-olds can get them as gifts and find other ways to obtain them illegally.

“The current state is that if you’re 18,19, or 20 you can possess a handgun, but you can’t buy one from a licensed dealer, which I think is a ridiculous thing,” Massie told WCPO.

Massie believes adults old enough to vote and serve in the military should also have the right to buy a handgun to protect themselves.

But Rev. Peterson Mingo, who works to combat gun violence in Cincinnati, thinks the bill is a bad idea. For some young adults, Mingo said, owning a firearm is too much responsibility, too soon.

"At the age of 18, you're not mature enough really to control your feelings. You're not smart enough to really know what is going on out in these streets," he said.

The community activist and pastor at Christ Temple Full Gospel Baptist Church has seen the aftermath of gun violence more times than he can count.

"These kids — they're angry. They're mad. Just the slightest argument can turn violent just like that," Mingo said.

But Massie believes that all adults, even those under 21, should have the same right to arm and protect themselves.

“You have mothers who are 18, 19 and 20 years old who are living at home with children, and they should have every right to defend themselves that everybody else does,” Massie said.

Though the bill would not affect the age requirement to buy shotguns or rifles, Massie says some states are pushing to raise the age to do so to 21.

“If they make it illegal to have a handgun, a rifle or a shotgun they have completely extinguished the constitutional rights of 18,19, and 20-year-olds, and I think that is clearly unconstitutional,” Massie said.

Mingo still thinks the bill will trigger more problems than it solves.

"You put guns in the hands of 18-year-olds legally nationwide, you better start building a lot more cemeteries and a lot more funeral homes," Mingo said.

The bill must still go before the full House and pass the Senate before the president could sign it into law.