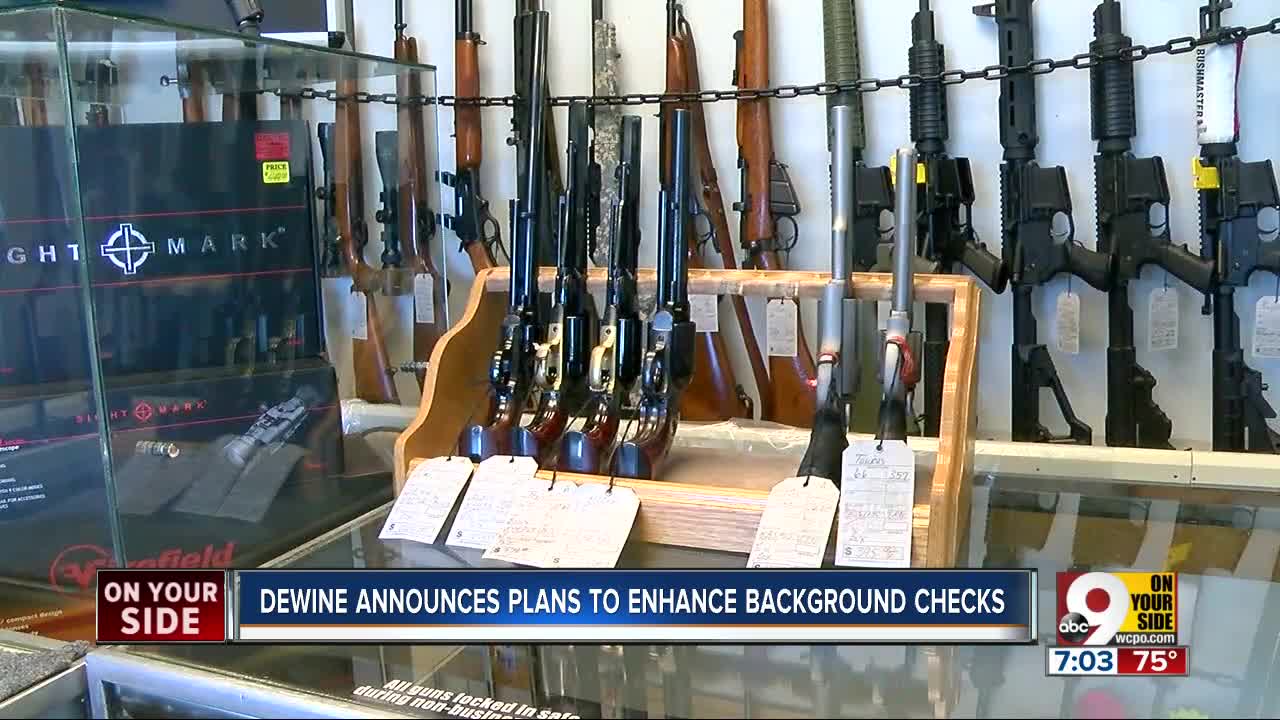 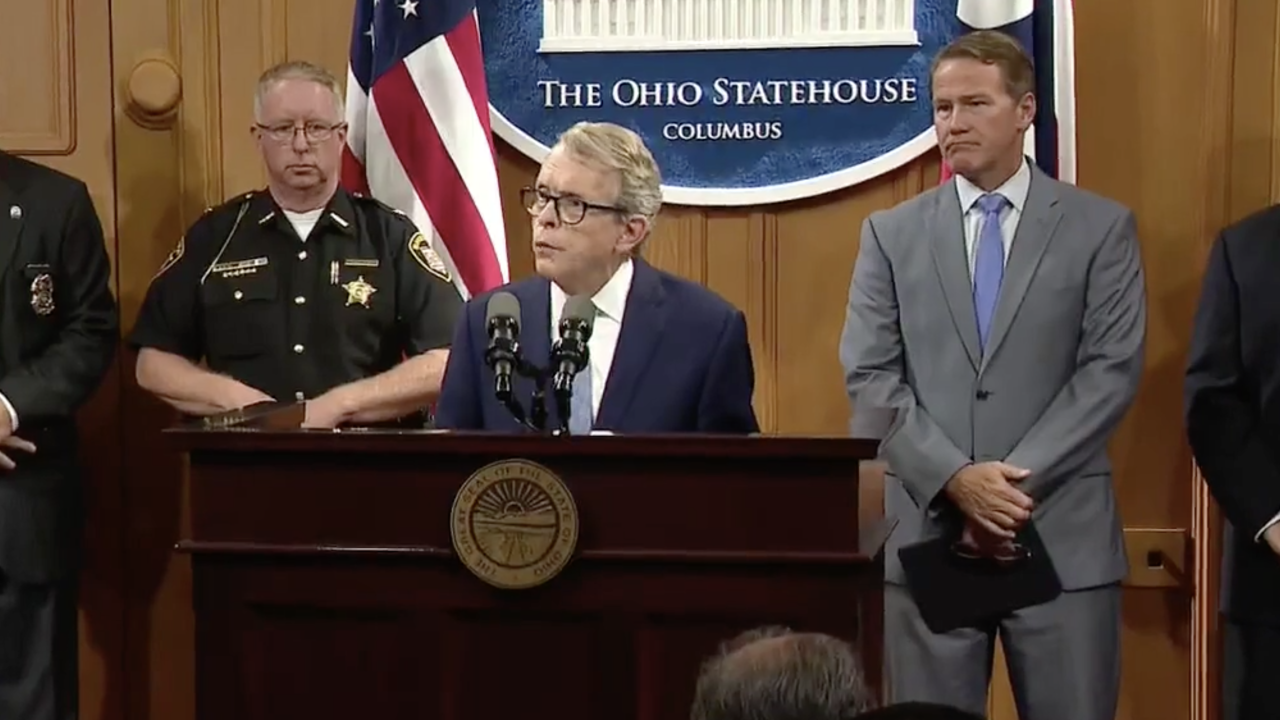 DeWine said there is currently no law in Ohio requiring entry of warrants for violent crimes or protection orders. He's backing legislation that would mandate that law enforcement enter warrants for 28 serious, violent crimes, including kidnapping, rape and murder.

Furthermore, DeWine wants all warrants entered into the background checks systems electronically, no matter how big or small.

DeWine and Lt. Gov. Jon Husted announced the initiative as part of DeWine's 17-point STRONG Ohio plan during a Wednesday morning press conference. Watch the full announcement in the player below.

“When critical information is missing, bad things happen … " DeWine said. "A federally licensed firearms dealer could unknowingly sell a gun to someone with a disqualifying conviction because that conviction simply did not show up in the background check.”

Mark Droke, manager of Center Mass Defense gun shop in Ross, says he likes DeWine's ideas but they won't entirely solve the problem of guns getting into the wrong hands.

“If somebody walks into the store, I have no way of knowing their mental status,” Droke said. "The mental aspect of it is the biggest part of it.”

Nevertheless, enhancing background checks is a good place to start, according to Ross resident Ronald Thompson.

“I think it’s a great idea because I think we alleviate a lot of individuals who are criminals or people who don’t deserve or need guns," Thompson said.

Through Innovate Ohio, Husted would develop a simple, free and mandatory solution, DeWine said. Husted said the technology would be used by 1,400 entities across the state and would do away with handwritten warrants, indictment and protection orders.

"Many of these are never electronically entered into the LEAD system, and as a result, those records are not in the background check system for firearm purchases," Husted said.

Officials would create a single, digital entry point that eliminates the paper system and automatically displays information at the state and federal level.