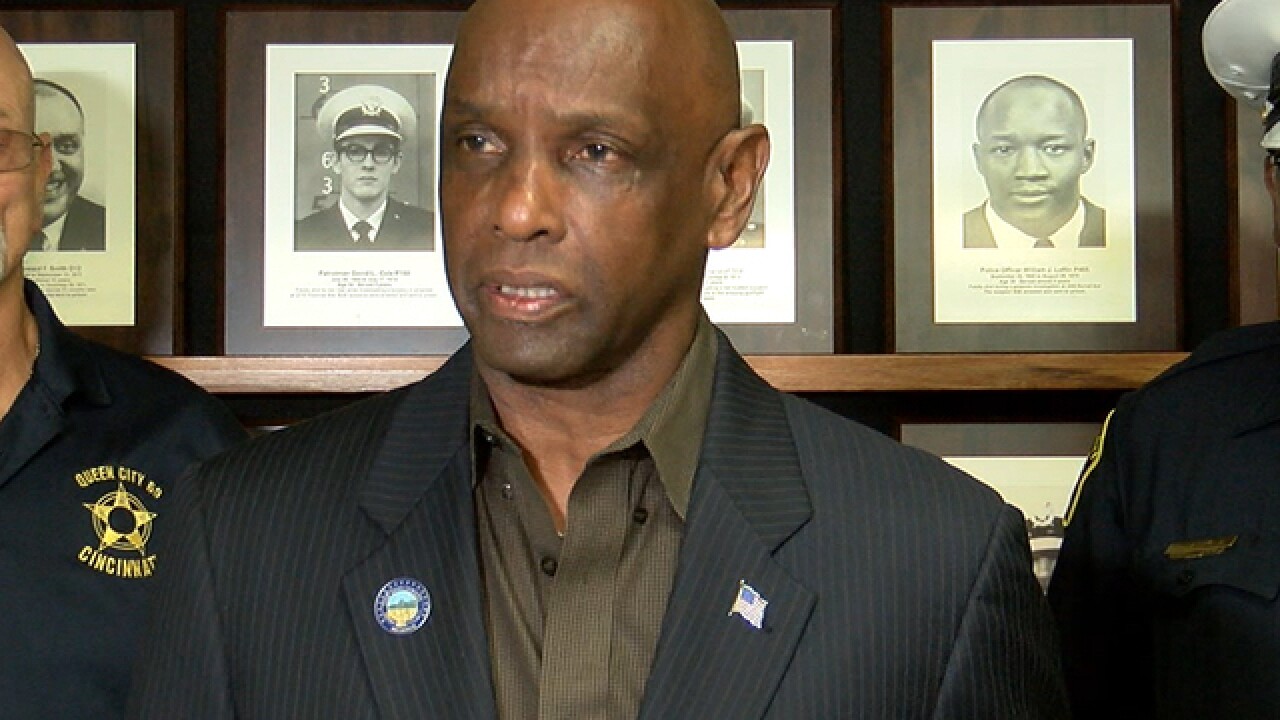 CINCINNATI -- The issue of protective vests for police is becoming a political hot potato in the Ohio governor race.

It began with a complaint by 50 agents from the Ohio Bureau of Criminal Investigation that they were forced to wear expired vests.

The Fraternal Order of Police picked up the officer safety issue as it threw its support behind Democrat Richard Cordray for governor. At about the same time, Republican Mike DeWine, the current state attorney general, said he found out about it and ordered new vests, which were delivered on Thursday.

The controversy hit Cincinnati Friday with a news conference at FOP headquarters in Over-the-Rhone. State Sen. Cecil Thomas, a Democrat, said DeWine was asleep at the wheel and put officers in danger.

Thomas said he's upset that his requests for information were met with heavily-redacted emails. DeWine's office said the redactions were made to protect personal information.

"They need this equipment, and they're not the only ones," he said. "This is all over the state. There are officers that need this type of equipment. And we are taking our local government funds and storing them in a surplus — and these officers are in need — then it makes no sense, especially when that money came from the local governments."

The Cordray campaign has proposed using money from that rainy day fund to pay for future safety equipment.

A matter of safety

Terry Peirano was a Cincinnati police officer for 35 years, and always wore a bulletproof vest.

It saved his life in 1980 when a man he was trying to help pulled out a knife.

"He came at me and ended up slicing through approximately the first two layers of of the vest," Peirano said. "At that point in time, if I hadn't been wearing one, there's no doubt I would have been critically injured, if not fatally."

Then, in 2008, Peirano's police motorcycle was hit by a car. The vest did its job.

"The doctors at the hospital actually advised me that if I hadn't been wearing that, my injuries would have been a lot more severe, if not fatal," he said.

The vests cost about $800 each. Cincinnati replaces them before they reach their five years of useful service.

Cincinnati FOP president Sgt. Dan Hils said he would like more protective gear to be available for officers, such as external vest covers with ceramic and metal plates for active shooter situations. He also said he'd like the city to provide more vest carriers for detectives or plainclothes officers to put on at a moment's notice. The external vests cost less than $300, and the vest carriers cost about $200.

"The bottom line is, money should not be an issue when it comes to out first responders," Thomas said. "These are individuals that are going to put their lives on the line to protect us."