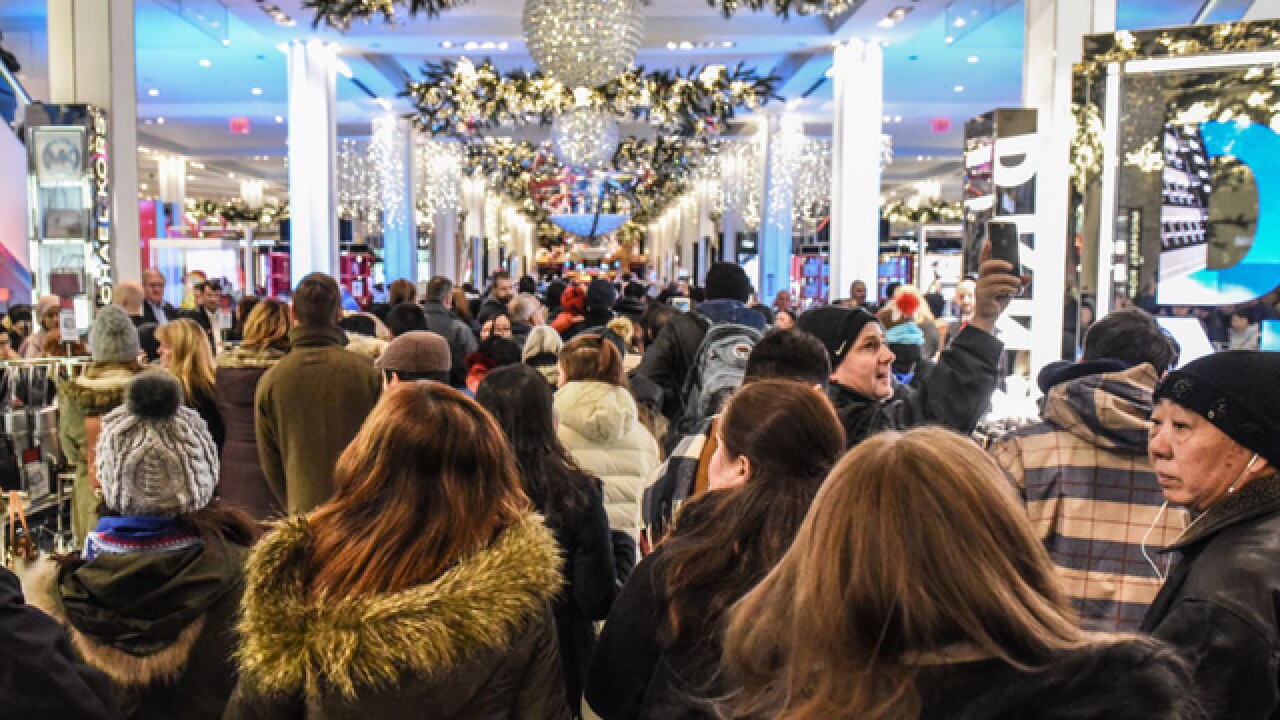 Image copyright 2017 Getty Images. All rights reserved. This material may not be published, broadcast, rewritten, or redistributed.
Stephanie Keith
<p>NEW YORK, NY - NOVEMBER 23: People enter Macy's department store to start shopping on "Black Friday" on November 23, 2017 in New York City. Black Friday starts earlier in the season on Thanksgiving Day instead of the Friday after. (Photo by Stephanie Keith/Getty Images)</p>

The annual forecast ahead of Black Friday and the December holiday season that includes January comes from the University of Cincinnati Economics Center. It's in conjunction with the Ohio Council of Retail Merchants.

The forecast utilizes sales data, employment and wage figures, and a variety of other economic indicators.

The Washington-based National Retail Federation trade group says a nationwide survey found that consumers say they will spend an average of $1,007 during the holiday season, up 4.1 percent from last year's survey.