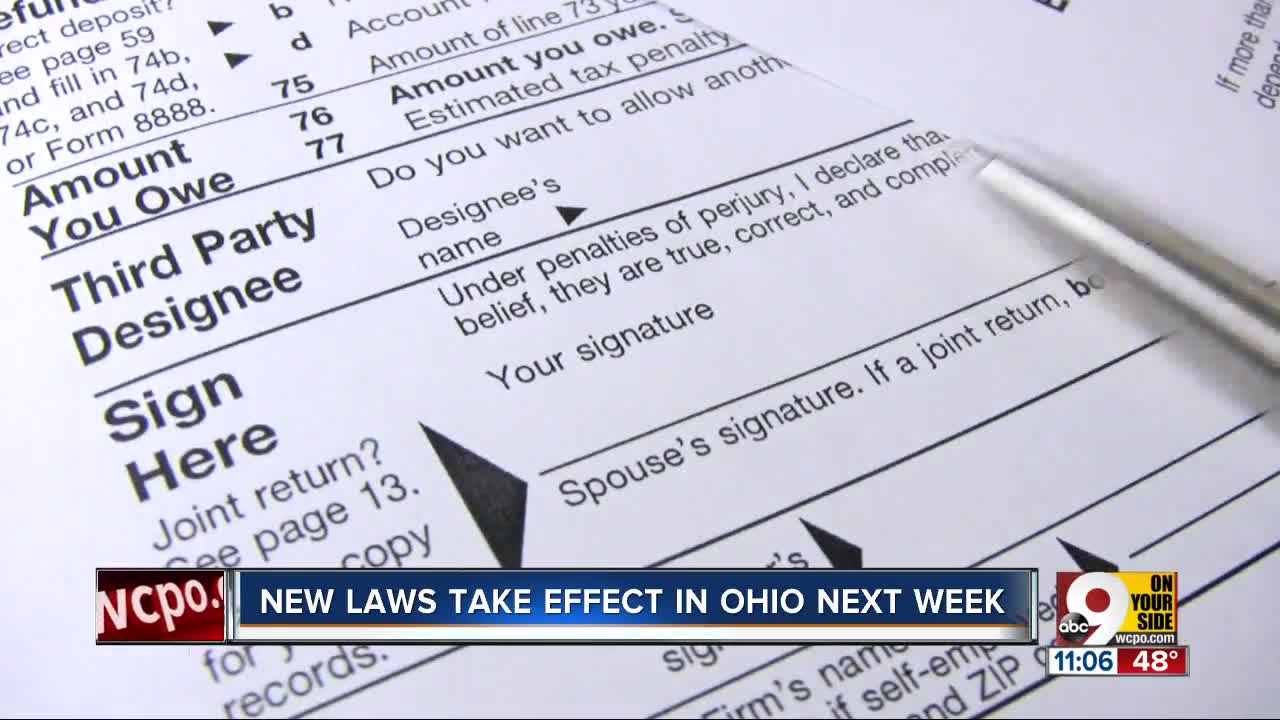 CINCINNATI — With 2020 just a few days away, several new Ohio laws are set to go into effect as we enter the new year and new decade.

Gov. Mike DeWine signed 21 bills into law this year and WCPO breaks down the ones about to roll out and how they impact you.

After much criticism from women and activists across the state, Ohio became the 16th state to repeal a so-called “pink tax" - a tax on medically necessary feminine hygiene products like tampons and pads.

“It's necessary,” she said of hygiene products, “so it shouldn't be taxed."

Included in the same bill is a change to the state income tax law designed to help teachers keep more money in their pockets. Teachers will soon be able to claim state income tax deductions for certain out-of-pockets expenses like professional development or classroom supplies.

Those changes go into effect Feb. 5.

Also in February, Ohio will roll out its new Alzheimer’s Disease and Related Dementias Task Force.

"Every other state in the union has a plan on how to handle this crisis,” said State Sen. Steve Wilson (R-Maineville). He co-sponsored the bill with Kenny Yuko (D-Richmond Heights).

Experts will meet for 18 months to recommend statewide changes to help improve healthcare, public awareness and medical training around the disease. Ohio will become the final state in the union to develop a comprehensive plan to address Alzheimer’s.

"It is the sixth leading killer in the United States and in the state of Ohio, and the only disease among the top 10 that has no cure or even a way to slow it down,” said Paula Kollstedt, executive director of Alzheimer’s Association of Greater Cincinnati.

"A livable wage is what we are trying to get to. We want to see a gradual increase to get us to $15 an hour,” Thomas said.