Ohio farmers: It will take years to recover losses from rain 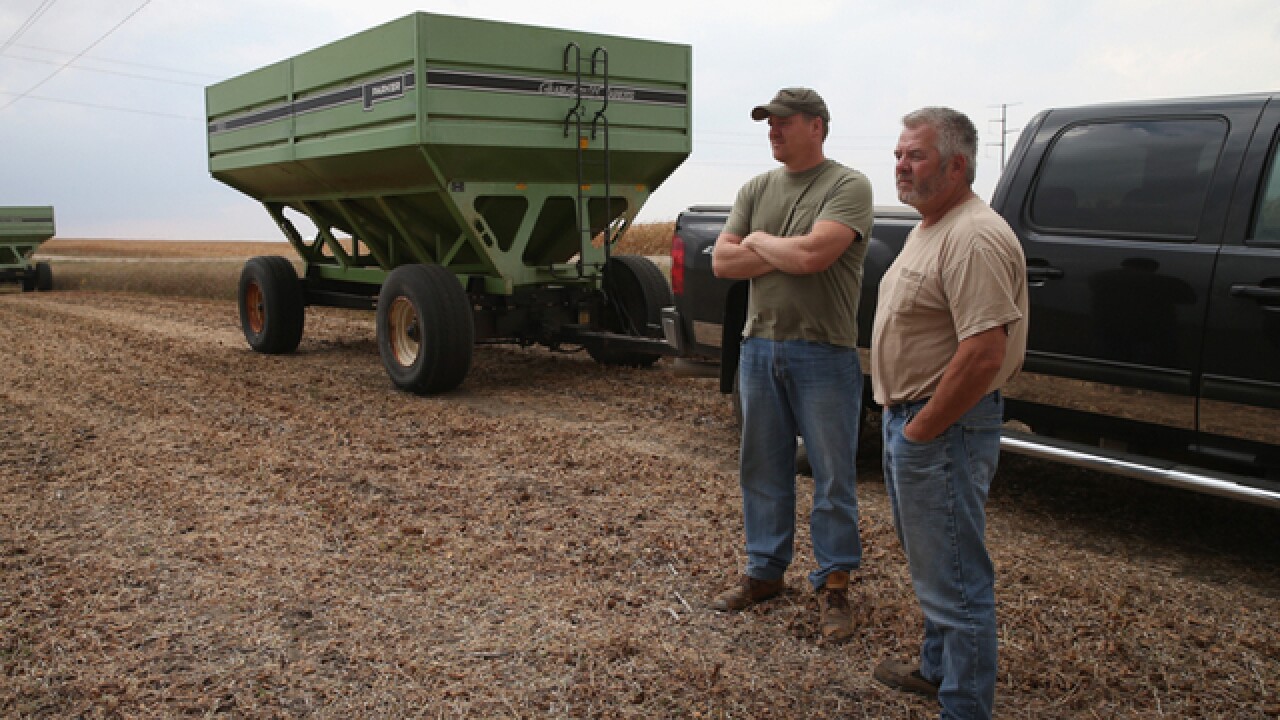 PERRYSBURG, Ohio (AP) — Farmers who have been unable to plant their soybeans and corn because of this spring's never-ending rains told Ohio's governor on Wednesday that it will take years to recover their losses.

They also said the impact will be felt throughout the agriculture industry and could result in higher prices in stores. Dairy operations, fertilizer dealers and farm equipment sellers will feel the squeeze too.

"The ripple effect will be huge," said Gov. Mike DeWine, who last week asked the U.S. Department of Agriculture to issue a disaster declaration that would make aid available.

DeWine told farmers after surveying swampy and weedy fields near Toledo that he plans on sending another letter to the Trump administration with more specific requests about easing rules that could help farmers.

Crop insurance will keep most farmers from going under, but it's not designed to cover such widespread losses, farmers told the governor.

Since the beginning of April, many areas of northern and central Ohio have seen rain on more than half of those days, according to the agriculture department.

Many corn and soybean growers in the Midwest are far behind on planting, and it's particularly bad in northwestern Ohio, where some say it's looking more likely that they won't plant much of a crop at all.

Some say it will take two or three years to recover their losses, and others, especially young farmers with little savings, might not be able to stay in business.

"We've all accepted that this is going to be a disastrous year financially," said Kris Swartz. "We're all just trying to make it to next year."

Swartz has been able to only plant 230 of his 2,000 acres southwest of Toledo. "Normally we'd be done by now. The corn would be waist high, shoulder high," he said.

The latest report from the federal agriculture department says Ohio farmers have completed 68% of their planned corn crop.

But farmers say that doesn't tell the entire story because many already have drastically scaled back plans to put in a corn crop because it's too late in the season. Others have opted to take crop insurance and not plant at all.

Others are taking a risk by still planting and hoping they'll be able to harvest before frost hits in the fall.

Mark Drewes, a Wood County farmer who grows corn that supplies two major dairy operations, said he's only been able to plant a fraction of what they need and that the window is closing on this year.

"For the first time in my farming career, I've felt like my back is against the wall," he said. "Crop insurance doesn't put feed into those cows' mouths."

His farm has four full-time employees but keeping them on will be difficult.

Drewes, who runs the farm with his sons, said they won't have money this year to buy new machinery, and they won't have a need to buy parts for their combines and planters that will go unused.