Ohio actors among those headed to 'Shawshank' reunion 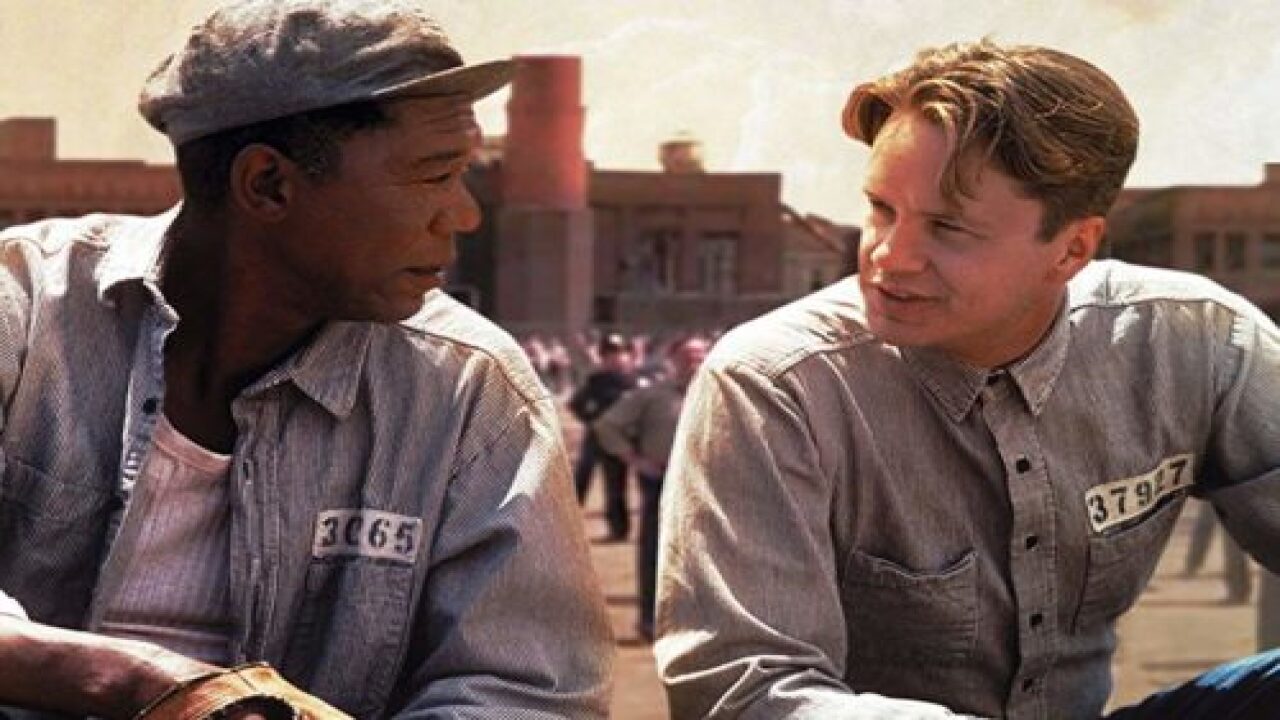 CLEVELAND (AP) — Ohio contributed more than just locations for "The Shawshank Redemption," a film that has risen in popularity every year since its September 1994 release. Many actors from across the state were cast in roles important enough to win them on-screen credit.

The most prominent Ohio native in the movie based on Stephen King's novella is Clancy Brown, an imposing presence as vicious captain of the guard Byron Hadley.

Although Brown already was established as an actor in Hollywood when "The Shawshank Redemption" began filming in Mansfield, Upper Sandusky, Ashland and nearby towns in 1993, he was no stranger to Ohio summers. He grew up in Urbana, a drive of about 100 miles to Mansfield.

His dad is former newspaper publisher and United States representative Clarence "Bud" Brown, who ran for governor of Ohio in 1982.

"Mansfield is far enough away from Urbana that I didn't have to go to my parents' house every weekend," said Brown, also known as the voice of Mr. Krabs on "SpongeBob SquarePants." ''One thing that freaked out the New York and L.A. dudes was that there was a big rabid raccoon infestation at some point. It brought me back. The New York and L.A. dudes didn't quite understand land with endless rows of corn."

Brown and Larry Brandenburg, who played Skeet, rented a farmhouse near Loudonville, about 20 miles southeast of Mansfield

"It was really nice," Brown said. "It was a long shoot, and to go back to a hotel every single night would have been intensely depressing. So Larry Brandenburg and I found this great farmhouse. Larry is from rural Minnesota, so he knew what country was, too. We went out there, watching ballgames and shooting stars, playing basketball, drinking too much. That was fun."

While Brown was cast in Hollywood by director Frank Darabont and his team, many actors from Cleveland and Cincinnati attended auditions held around the state.

Most of the Cleveland area actors traveled to downtown Mansfield to audition on May 5, 1993. The casting notice sent out in late April said that only those interested in speaking parts should audition. More than 300 actors and wannabe actors showed up for the auditions overseen by casting director for Ohio and day players, D. Lynn Meyer.

Those cast in the film that day included Scott Mann (as Glenn Quentin, the golf pro having an affair with Andy Dufresne's wife), Renee Blaine (Andy's wife), Morgan Lund (the driver of the laundry truck that delivers Andy's rock hammer to Shawshank), James Kisicki (the bank manager at the end of the film), Dorothy Silver (the 1954 landlady who lets Brooks into his hotel room) and Rohn Thomas (the editor of the Portland Daily Bugle).

Silver, Kisicki (who died in 2017), Thomas and Lund were all familiar players in Cleveland theater productions.

"I was sitting in a breakfast nook with a friend in Cleveland Heights when I saw the notice about auditions in Mansfield," Lund said. "So I said to my friend, 'Hey, you look like a convict. Why don't we go down to Mansfield and end up prisoners in this thing?' So we went down to audition, and my friend didn't get in, but I did."

Silver and her husband, Reuben, were both pillars of the Cleveland theater community. Both auditioned for "The Shawshank Redemption." Both were offered parts.

"It was my first film audition," Silver said. "I read well for Darabont. I had every reason to believe I'd be cast as the landlady who admits James Whitmore into that dreadful room. And I was. Reuben was cast as the newspaper editor. He would have been in it, but he had a time conflict and couldn't do it. He was so disappointed, because he wasn't a film actor, and it would have been a wonderful experience for him. I know he would have enjoyed it."

Thomas, a stage actor whose film credits included the horror-comedy romp "Innocent Blood" (1992) and director George A. Romero's "The Dark Half" (another King story), also made the trip from Cleveland to audition in Mansfield. He was cast as a member of the last parole board, but, due to scheduling conflict, he wound up playing the editor.

"It's a little embarrassing to say, 'I was in "Shawshank Redemption",'" Thomas said. "It's probably the best film I'm in, and it's one of my shortest times on camera. But I'm amazed at how many people recognize me. I know people who watch it twice a year or more. Who knew it would have legs like it did?"

Mann, now a photographer and visual artist in Cleveland, auditioned with Blaine, who recently had moved from Colorado to Ohio. Their chemistry was so strong that, even though they had just met, they both were cast for the scenes filmed at Malabar Farm's Pugh Cabin.

Among those cast at the Cincinnati auditions were Claire Slemmer, who played the bank teller in scenes with Robbins and Kisicki, and Paul Kennedy, who was cast at the 1967 Food-Way manager. Both had worked at the Ensemble Theatre Cincinnati.

"If you have ten people, and you ask them their favorite film, at least one of them is going to say 'The Shawshank Redemption,'" Kennedy said.

Slemmer, Mann and Blaine will be among those attending the Shawshank Anniversary event, Friday-Sunday, Aug. 16-18, in Mansfield and other filming sites.

"I've met fans, and when I tell them I'm the bank teller, they quote my lines, word for word, to me," Slemmer said. "Now I only have a few lines. That always amazes me."