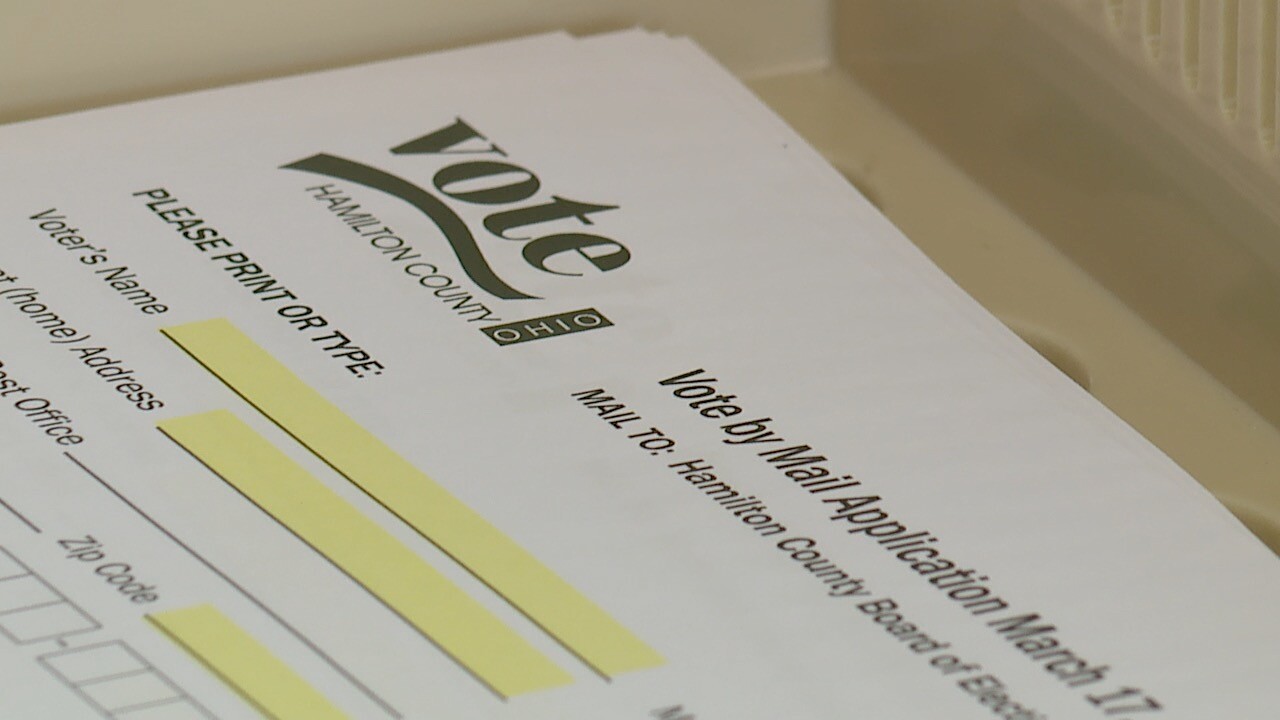 Copyright 2021 Scripps Media, Inc. All rights reserved. This material may not be published, broadcast, rewritten, or redistributed.
Paul Weeden
Registered voters can request an absentee ballot by filling out an application at votehamiltoncounty.gov. Ohio&#39;s first mail-only primary ends April 28.

After Ohio Health Director Dr. Amy Acton postponed the state’s March 17 primary election due to coronavirus concerns, the Ohio legislature passed HB 197, which would allow the election to take place through absentee-voting only until April 28.

MORE: How to vote in Ohio's all-absentee 2020 primary

The League of Women Voters of Ohio and other groups then sued Secretary of State Frank LaRose to stop the primary from taking place without in-person voting, arguing such an election would violate the Fourteenth Amendment and the National Voting Registration Act.

The groups sued to extend the voter registration deadline, mandate the secretary of state's office to mail out absentee ballots at least 14 days before the end of the primary, and other stipulations.

State attorneys argued because this is not “a 're-do' of the primary election that requires a re-opening of voter registration," it does not violate the NVRA. They added that mailing out four ballots per voter -- one for each political party -- would add to confusion.

"The Constitution does not require the best plan, just a lawful one,” wrote U.S. District Court Judge Michael Watson in his order Friday. “As is apparent from the briefing in this lawsuit, every group has a different idea of what the best plan would be. But the Court will not declare the Ohio Legislature’s unanimous bill to be unconstitutional simply because other options may have been better."

After the decision, The League of Women Voters, alongside other plaintiffs including the ACLU of Ohio, said the court's ruling would disenfranchise voters in Ohio.

“We remain deeply concerned that thousands of voters will be denied the vote, given how much must be done for Ohio to conduct a virtually all-mail election for the first time in a state where 85% of citizens traditionally vote in person on Election Day,” the statement read. "Voters of color, low-income voters, voters with disabilities, and students are all disproportionately at risk."

Read the full decision in the viewer below: