'The answer to violence can never be violence': Beshear speaks after Louisville unrest, shootings

Another citywide curfew in effect Thursday 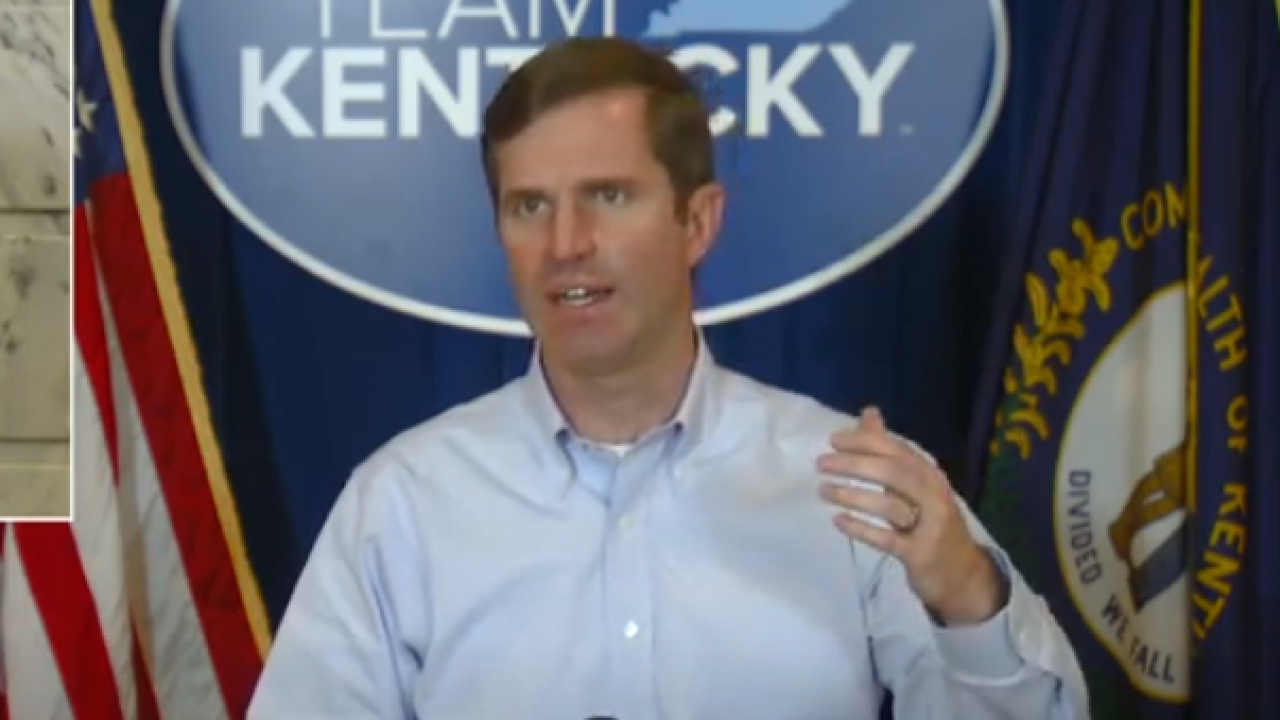 Copyright 2020 Scripps Media, Inc. All rights reserved. This material may not be published, broadcast, rewritten, or redistributed.
Gov. Andy Beshear at a coronavirus briefing, Sept. 24, 2020.

FRANKFORT, Ky. — On Thursday, Gov. Andy Beshear condemned violence after a night of unrest in Louisville following the announcement of the grand jury’s decision in the Breonna Taylor case Wednesday.

Two officers were shot and wounded Wednesday evening. One suspect, Larynzo Johnson, has been charged with two counts of assault on a police officer and other charges in connection with the shooting. The governor said one of the officers, Robin Desroches, is now in stable condition, and Maj. Aubrey Gregory was released from the hospital and is expected to make a full recovery.

"I want to condemn this act of violence in the most stark terms -- it is absolutely wrong, and the answer to violence can never be violence," Beshear said during his briefing Thursday.

Another 9 p.m. curfew is in effect in Louisville Thursday night ahead of more expected demonstrations. The National Guard will continue to be deployed there, as well.

More than 120 people were taken into custody during Wednesday night's demonstrations after vandalism, fires in garbage cans and theft from several stores, police said.

Beshear said he would not discourage demonstrators from making their voices heard in wake of the decision but implored people to "stay safe" at events planned ahead of Thursday's mandatory curfew.

"I can listen and I can commit to hear people's voices who are talking about a more just world. And right now, there are more people willing to listen ... I think people have an opportunity to be heard but to be heard in a safe way, whether that is at their house of worship, or in something else that is planned, and certainly before the curfew," the governor said.

A grand jury had convened to investigate the March 13 police killing of Taylor, an ER technician, and recommended charges against Former Det. Brett Hankison.

He was indicted on three counts of wanton endangerment, not for shooting Taylor but for endangering the lives of her neighbors when he fired his gun into her apartment. Hankison was booked in the Shelby County Detention Center and was released after posting a $15,000 bond Wednesday evening.

At Thursday's briefing, Beshear reiterated his request for Kentucky Attorney General Daniel Cameron post online all "information, evidence and facts" from the investigation report that would not impact Hankison's felony counts.

"It's about trusting the people of Kentucky. I trust them, that if they have all the facts, the evidence and maybe some explanation, if needed, that they can process it," Beshear said.