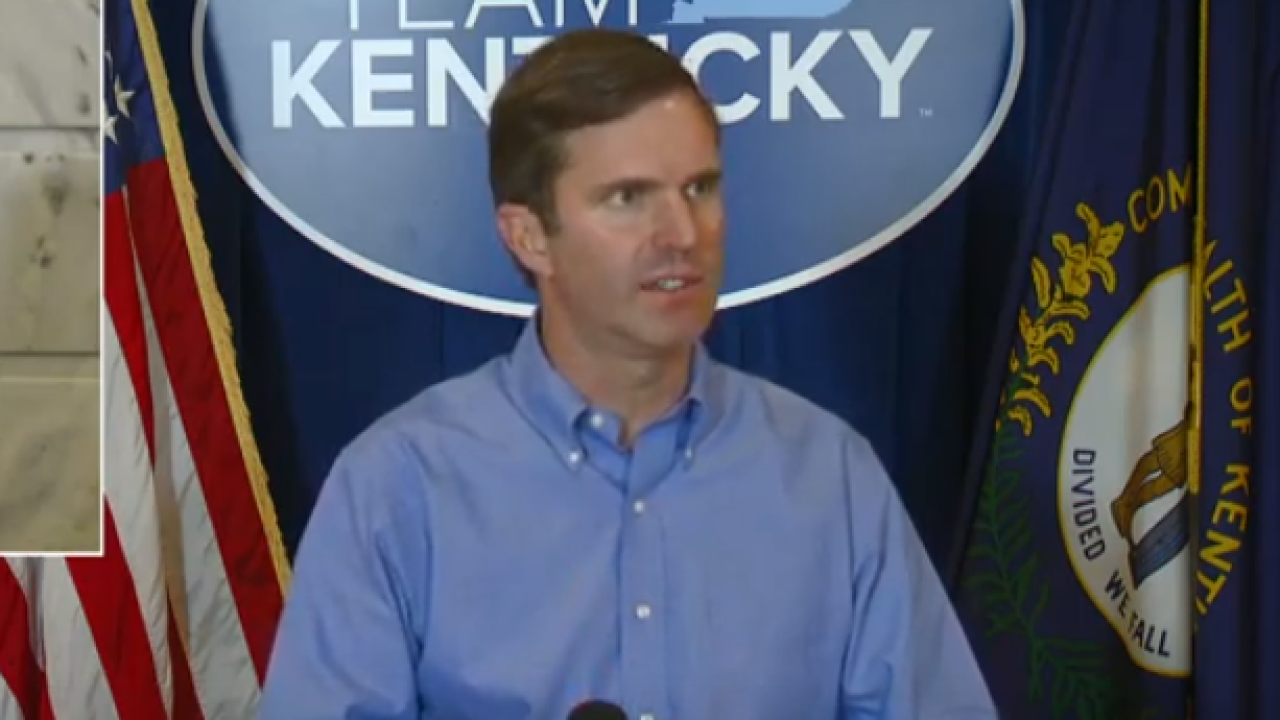 Copyright 2020 Scripps Media, Inc. All rights reserved. This material may not be published, broadcast, rewritten, or redistributed.
Gov. Andy Beshear speaking after the release of a grand jury report on the police killing of Breonna Taylor, Sept. 23, 2020. 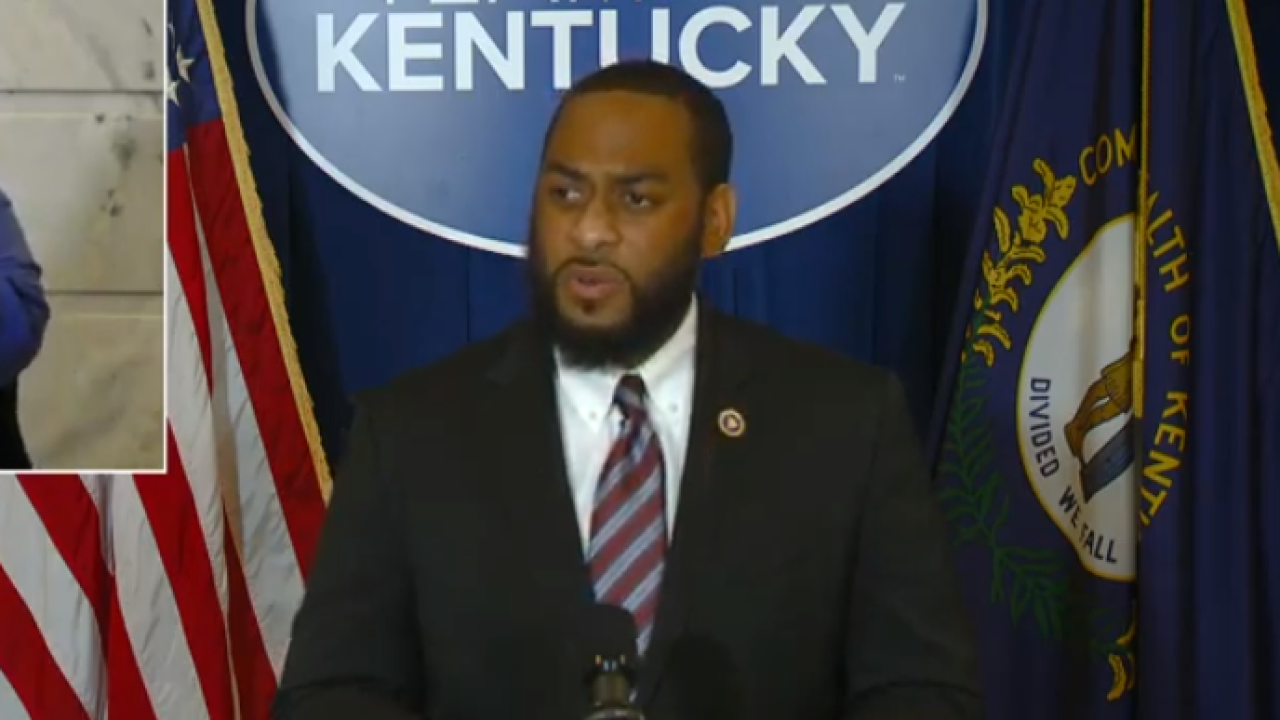 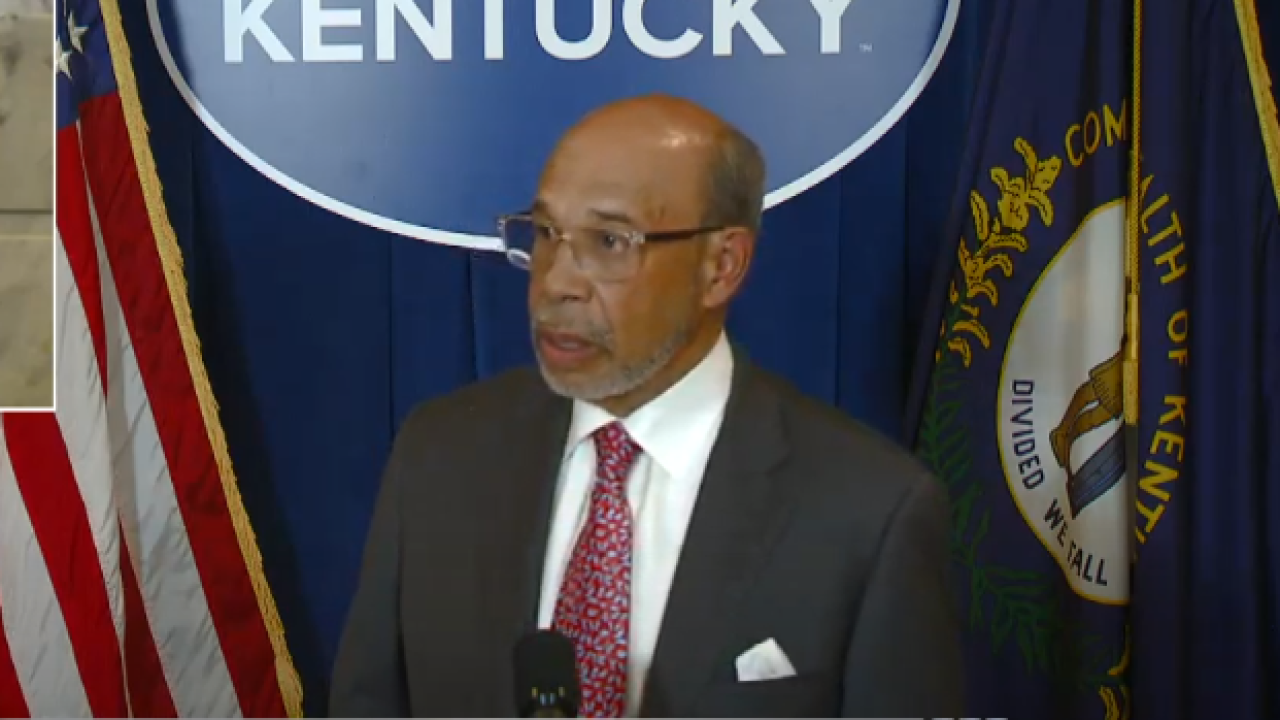 The grand jury convened to investigate the March 13 police killing of Taylor and recommended charges against only one of the three officers involved. Attorney General Daniel Cameron announced that report Wednesday.

Former Det. Brett Hankison was indicted on three counts of wanton endangerment, not for shooting Taylor but for endangering the lives of her neighbors when he fired his gun into her apartment. If convicted on all counts, Hankison could spend up to 15 years in prison.

At Wednesday's briefing, Beshear requested that Kentucky Attorney General Daniel Cameron, like other prosecutors, post online all "information, evidence and facts" from the investigation that would not impact the felony counts.

“Everyone can and should be informed, and those who are currently feeling frustration, feeling hurt, they deserve to know more. I trust Kentuckians. They deserve to see the facts for themselves,” Beshear said.

By mid-afternoon, some demonstrators took to the streets of Louisville as the city was placed under a state of emergency and businesses boarded up windows.

Beshear confirmed the National Guard and Kentucky State Police have been deployed in Louisville in a support capacity, with Louisville Metro Police playing a more "forward-facing" role.

J. Michael Brown, Secretary of the Governor’s Executive Cabinet and a Louisville resident, said he understands the expectations some Kentuckians had in anticipating Wednesday's report, as well as the disappointment they now feel.

“I would hope that we don’t take a regressive step forward in changing behaviors, and Breonna Taylor’s legacy is that it can change behaviors, because ... when you saw demonstrations in countries that really don’t have anything to do with Louisville, Kentucky, you know that it’s widespread,” he said.

State Rep. Charles Booker of Louisville put it in stronger terms, saying "justice failed us" Wednesday and that despite the grand jury report, "there is no justifying" Taylor's killing.

Booker said there is still work to do to improve equity for Black Kentuckians, including the pre-filed "Breonna's Law" to limit no-knock warrants and expand citizen review of police shootings.

“As family, we have to do the work to make sure that we can all be free and have the liberty of being safe in our homes, to make sure we all have the opportunity to pursue our dreams," he said. "Breonna wanted to take care of people. She should be here to pursue her dreams.”

Watch a replay of the briefing in the player below.