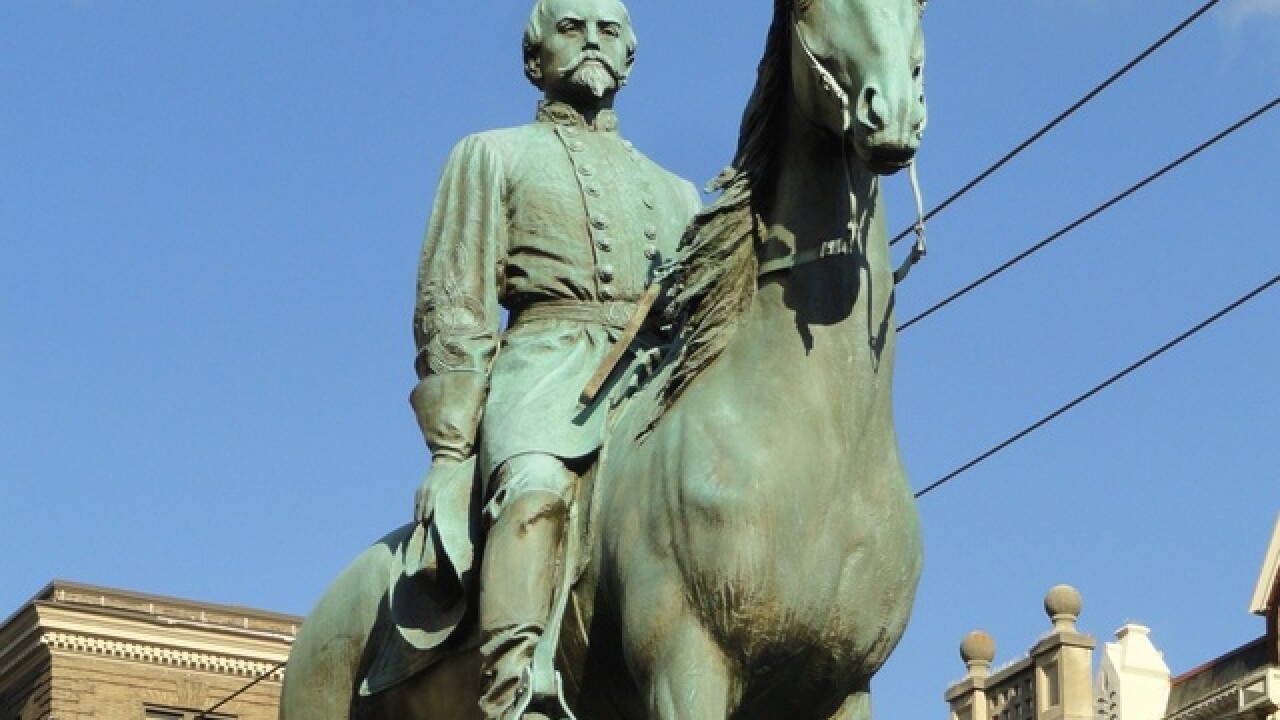 LEXINGTON, Ky. -- The mayor of Lexington, Kentucky, says after the events in Charlottesville, Virginia, he is taking the steps to remove two Confederate-era statues from the lawn of a former courthouse.

The Lexington Herald-Leader reports that Mayor Jim Gray said in a statement Saturday he will ask the Lexington-Fayette County Urban County Council at its Tuesday work session to ask a state military commission for permission to take down the statues of John Hunt Morgan and John C. Breckinridge.

I am taking action to relocate the Confederate statues. We have thoroughly examined this issue, and heard from many of our citizens.

Violent clashes occurred Saturday between white supremacists and counter-protesters in Charlottesville. Three people were killed, including a woman who died after a driver plowed into a group of peaceful marchers. Dozens more were injured.

That driver, identified by police as James Fields Jr., recently moved to northwest Ohio from Northern Kentucky. One of his high school teachers said Fields had radicalized views on race and was "infatuated" with Nazis and Adolf Hitler.

Fields is charged with second-degree murder, malicious wounding and failure to stop in an accident that resulted in death. He is scheduled for an arraignment hearing at 10 a.m. Monday.

The supremacists had gathered in Charlottesville to protest the city’s plans to remove a statue of Confederate Gen. Robert E. Lee.