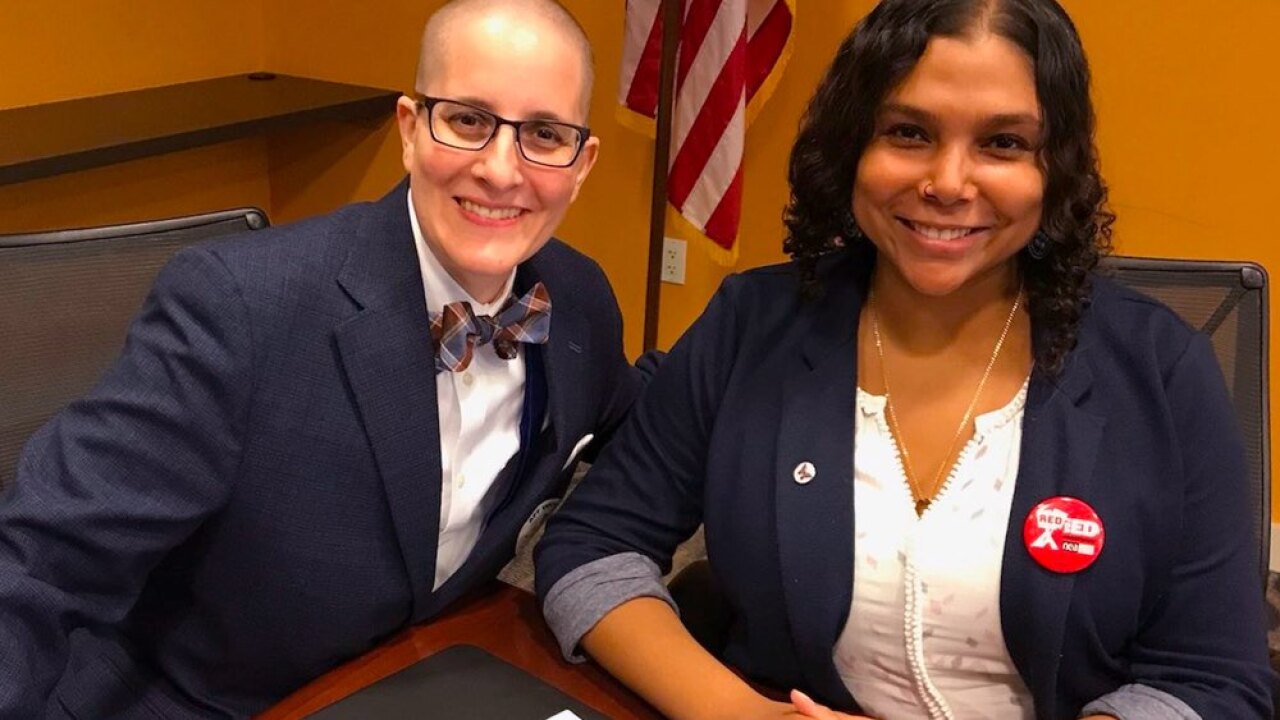 Teacher of the Year recipients Kelly Holstine of Minnesota and Jessica Duenas of Kentucky did not attend a Monday ceremony at the White House.

Kentucky’s 2019 Teacher of the Year turned down a presidential invitation Monday, opting to skip a White House ceremony honoring TOTY recipients “because of the current administration’s approach toward immigrants and the narrative they put out about immigrant families including the lack of reconciliation of children separated at the border.”

Jessica Duenas, a first-generation United States citizen who earned the award for her work with Spanish-speaking and special education pupils in Oldham County, wrote on Twitter she could not attend with a clean conscience.

“Representing my fam, students I have and did serve, and KY whose (students) and ed system are constantly under attack, I couldn’t in good faith,” she tweeted.

In an interview with the Washington Post, she added: “This administration’s treatment of the Latino community has really broken my heart, and the way in which families have been separated at the border and there are students at the border right now who should be in our classrooms.”

She also voiced opposition to Trump administration's support of school choice policies, which she characterized as an attack on public education.

However, according to the White House, Monday’s award was instead presented by Education Secretary Betsy DeVos. Its recipient, Rodney Robinson, teaches at a school inside the Richmond Juvenile Detention Center.

Duenas wasn’t the only no-show. Minnesota’s 2019 Teacher of the Year, Kelly D. Holstine, also boycotted the ceremony to register her opposition to Trump administration policies on immigration.

“I cannot implicitly support people who hate my kids and who talk about them in the ways they talk about them,” Holstine, who teaches immigrant students, told the Post.

She added she also felt compelled to take a stand against the Trump administration’s stances on LGBTQ issues.

Both women said the other winners supported them when they announced they would not attend.