Kentucky to offer new driver's licenses to comply with law 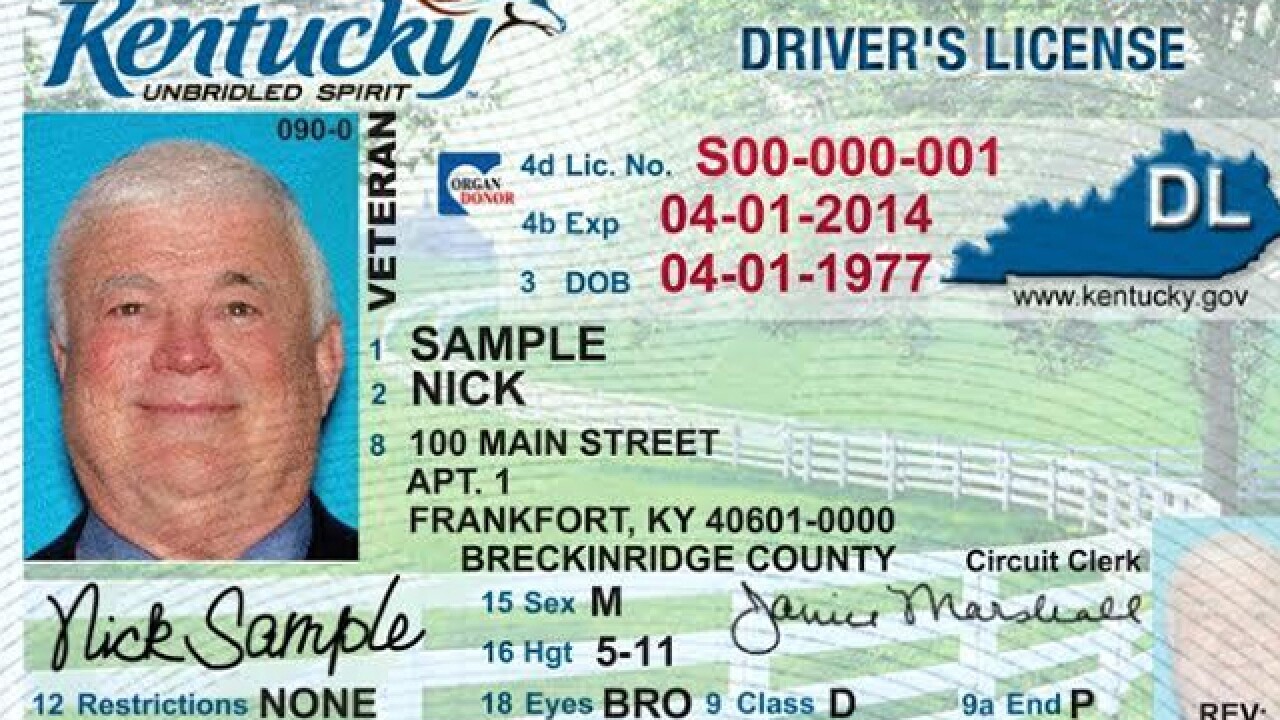 FRANKFORT, Ky. (AP) — Kentucky will start offering new driver's licenses in January, becoming one of the last states to comply with a federal travel law passed in the aftermath of the 9/11 terrorist attacks.

Congress passed the Real ID Act in 2005, requiring states to upgrade the security of their driver's licenses.

Kentucky will offer a standard driver's license or a voluntary travel ID. People can only have one. Both enable a citizen to drive, vote and apply for federal benefits. But beginning Oct. 1, 2020, only people with travel IDs will be allowed to board domestic flights or enter U.S. military bases. People with standard IDs after that date will have to show another form of identification, such as a passport.

"Today is about starting early and communicating often," Kentucky Transportation Cabinet Secretary Greg Thomas said. "There is nothing to do today, nothing to do tomorrow, next week, next month. ... The goal is to make sure Kentuckians are prepared."

For years, Kentucky leaders vowed they would never comply with the new law. They thought the federal government should not be telling states how to issue driver's licenses. In 2009, the Kentucky House of Representatives voted unanimously on a resolution instructing the state Transportation Cabinet to not follow the new rules.

But attitudes changed in 2016 when it became clear not complying would mean all Kentucky driver's license holders would need to use a passport to board a domestic flight. The legislature passed a law to comply with the rules, but Republican Gov. Matt Bevin vetoed it under pressure from the Republican party. One year later, the legislature passed a similar law, and this time Bevin signed it.

To get a new license, Kentucky drivers will have to show proofs of identity, social security and residency. The only difference is for a travel ID, which requires drivers to show two proofs of residency instead of one. This includes things like a copy of a utility bill and a lease agreement.

One of the biggest changes will be who makes the licenses. Kentucky drivers get their licenses not from a DMV, but from their local circuit court clerk, and right now, clerks make the licenses on site. Beginning in January, all licenses will be made out-of-state by Idemia, an outside vendor. Drivers will be issued a temporary ID until they get the permanent ID in the mail within five to 10 days.

"The new licensing system is a reset across the board for all identity verification documents," said John Middleton, circuit court clerk in Kenton County and past president of the Kentucky Association of Circuit Court Clerks. He added: "We'll finally be able to get rid of our dot matrix printers."

The new law was sponsored by Republican state Rep. Jim DuPlessis, whose district includes the military base Fort Knox.

"The citizens of my district who fly on pleasure, on business, the tens of thousands who fill Fort Knox each day, demanded that the legislature fix this," said DuPlessis. "We saw the writing on the wall, what was going to happen if we didn't get this done."