Kentucky lawmakers split over issue of guns in schools 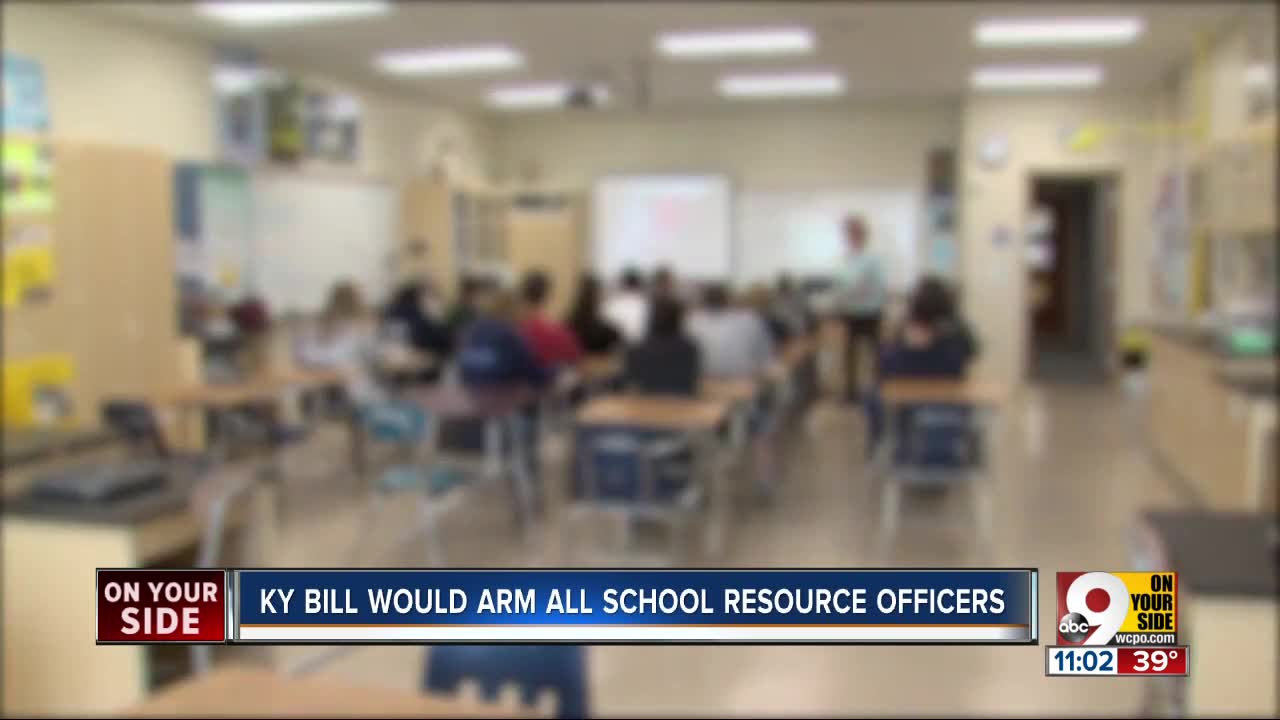 Would taking guns out of the hands of school resource officers mean less chances for that weapon to fall into the wrong hands? Some Kentucky residents think so.

A new bill in Kentucky's state senate would require every school resource officer be armed in the interest of making schools safer.

Senate Bill 8, filed by Senate Education Committee Chairman Max Wise, would mean at least one armed officer would be assigned to each school campus.

"That extra bit of security really makes me feel better as a parent," Leah Wissing said.

Wissing has one child in school and two others set to start soon. She said she feels arming school resource officers statewide makes sense, but she wishes she didn't have to worry about shootings in schools.

"For me, having a son that's in first grade at Fort Wright Elementary, I feel safer dropping them off," Wissing said.

However, not all of Kentucky's school districts are on the same page.

In 2019, Jefferson County's Board of Education split on the decision to approve contracts for school resource officers for the district's 156 schools. For the 2019-20 school year, the district is relying on in-house security officers. Some school officials say they don't want guns on campus at all.

"We want this to be a model for other states to look at," Wise said.

He added he believes securing funding to arm all the resource officers may be complicated, but he thinks the safety is worth the cost.

"That comes down to school boards making the decision if that person is being paid and contracted to the school district," Wise said.

The Kentucky School Boards Association estimates the cost of Senate Bill 8 would be $121 million if it were voted into law.

Leah Wissing said it's the price of keeping kids safe.

"Having children you're dropping them off into the world and having any extra security around them is wonderful to have and it's something that I would feel comfortable leaving them in the hands of the officer," Wissing said.

Wise said each school resource officer would be a member of law enforcement and receive 120 hours of training.