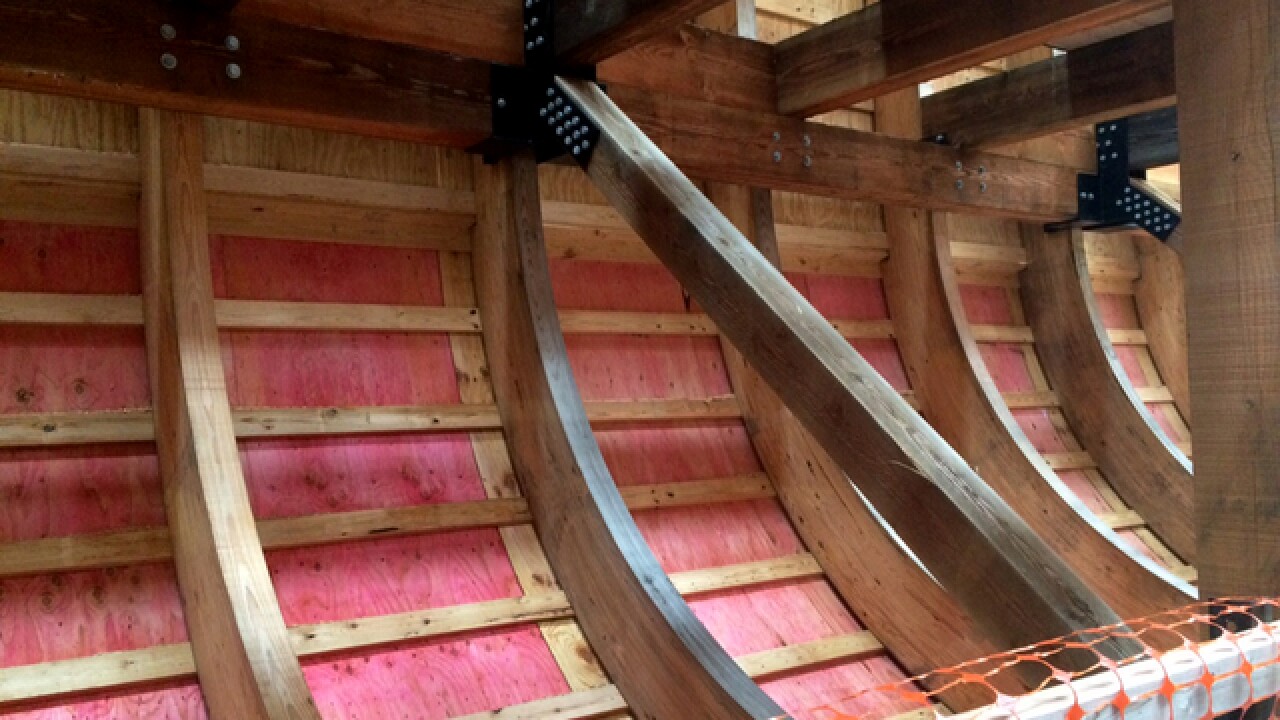 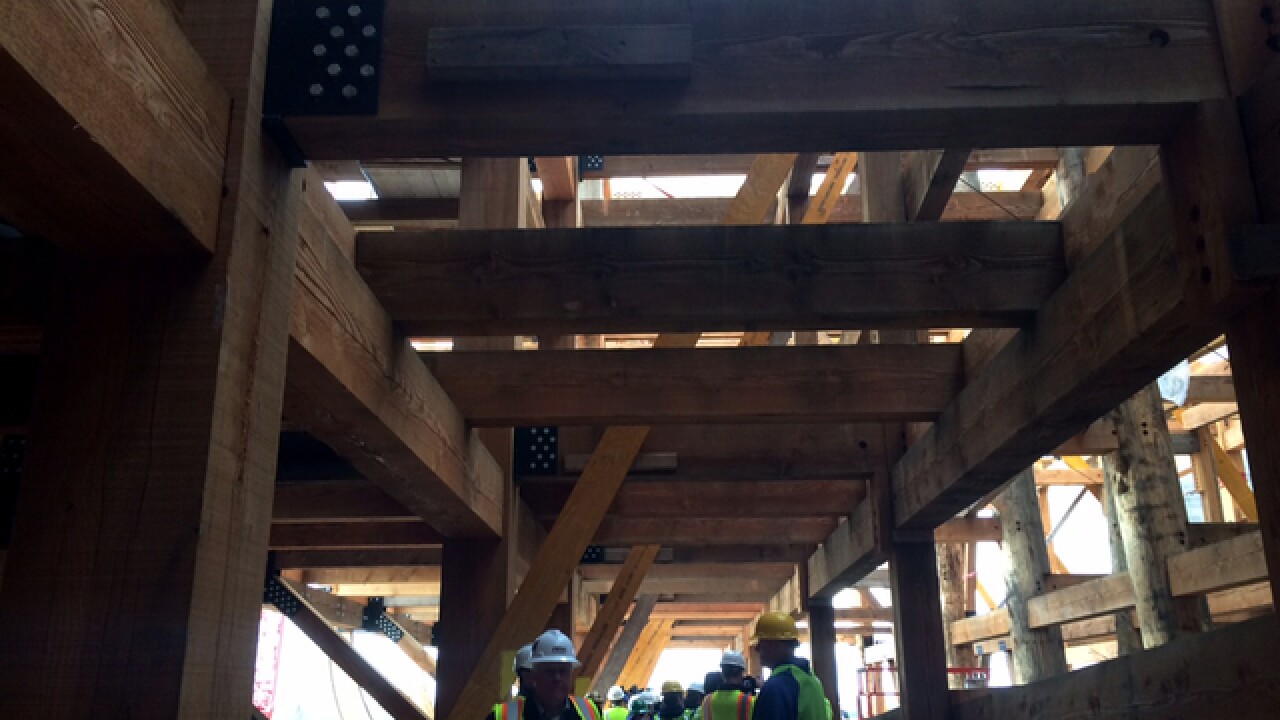 WILLIAMSTOWN, Ky. -- Construction on a Noah's Ark attraction in northern Kentucky is sailing along, and the builders announced their opening date Thursday.

Answers in Genesis, the Christian ministry leading the project made the announcement at the site in northern Kentucky.

Officials said Ark Encounter will open on July 7, 2016, which they took from Genesis 7:7. The verse describes Noah and his family entering the ark for the first time.

Answers in Genesis said they believe the ark will be the biggest timber frame structure in the world.

It will house 132 exhibit bays and they expect to see 1.4 million to 2.2 million people each year.

The massive, 510-foot-long and 85-foot-high wooden boat is the $90 million first phase of a planned religious theme park. Answers in Genesis founder Ken Ham says work on the bow and stern will begin soon.

The park will also include a 2,100 seat restaurant and a 1,000 seat multipurpose room. It will also feature a large petting zoo.

The outer portion of the work should be complete by December.

The state had awarded an $18 million tax incentive to the project before withdrawing it last year over concerns of "religious indoctrination." The ark's builders are suing in federal court to get the incentive back.

Answers in Genesis built the nearby Creation Museum with $27 million in private donations. It opened in 2007.

For more information, go to Arkencounter.com for reservations.