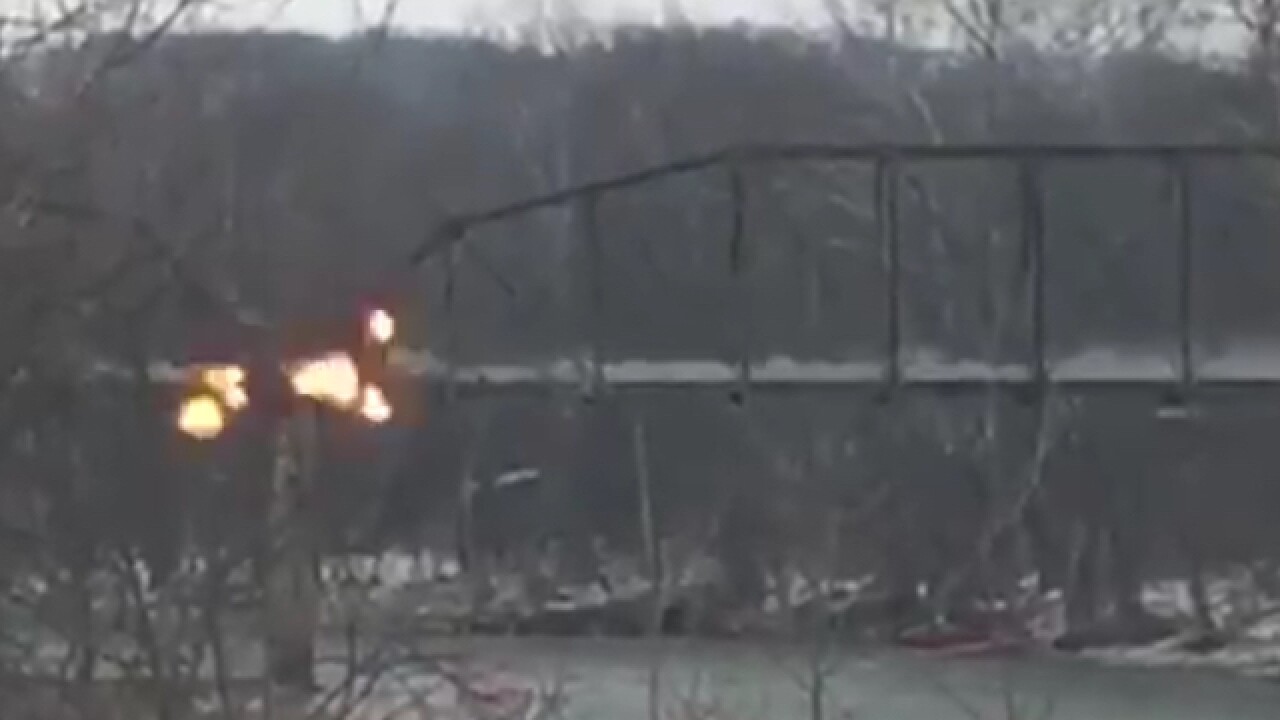 The bridge dated back to 1914, according to the National Register of Historic Places. Officials closed it to traffic in 1999 due to structural issues.

Bryan Wright, a civil engineer who helped develop the demolition plan, said the bridge was in such bad shape that a lower part of it had already broken free and needed to be stabilized before the bridge could be brought down.

“It’s a very pretty area, beautiful bridge,” Wright said. “It’s unfortunate when these have to come down. But sometimes we have to make these decisions when the bridge is in such a state of deterioration. It’s a safety hazard.”

Officials plan to plant greenery along the banks in the bridge’s place.