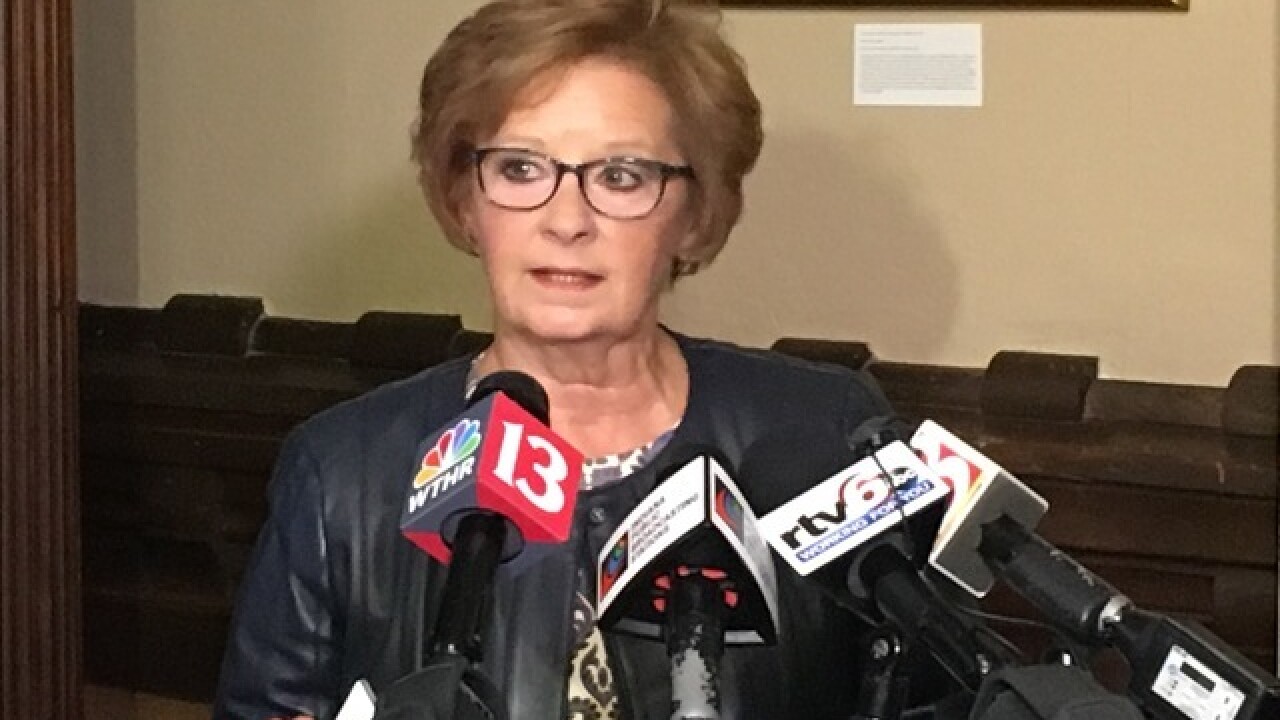 Copyright 2018 Scripps Media, Inc. All rights reserved. This material may not be published, broadcast, rewritten, or redistributed.
RTV6

INDIANAPOLIS (AP) — Indiana's chief elections official said Friday that some voters who applied for an absentee ballot through the Indiana Democratic Party are at risk of not receiving one.

Republican Secretary of State Connie Lawson says that's because the party mailed out absentee applications that were missing instructions that must be included under state law unless special dispensation is granted.

"There's 39 days left until the election," she said. "There is time to perfect these."

Lawson said she believes there could be "hundreds of thousands" of such faulty applications in circulation. The election division of her office approved their use Friday on a temporary basis for the November election. But she noted that some individual county elections officials have acted to disqualify their use.

"It's up to the county election board to decide," Lawson said at a news conference. "We know that some counties have rejected the applications, and some have accepted."

While it's allowed — and not unusual — for political parties to mail out absentee applications, they are supposed to include guidance on how, and two whom, an application may be submitted.

That can include hand-delivering one to a county clerks' office or submitting it via email, fax or mail.

However, a copy of the Indiana Democratic Party mailing does not include those details. It instead features the address of the party's headquarters.

Democrats say that's done so the applications can be reviewed to make sure they are properly filed out. The party later turns them in for voters.

But it could also be advantageous for the party, providing a metric of who is engaged — and where to focus their get-out-the-vote efforts — in the race between Democratic Sen. Joe Donnelly and Republican Mike Braun, which will help determine which party controls the Senate.

In a statement, party Chairman John Zody did not directly address the concerns raised by Lawson.

"We are glad the Secretary of State agrees with Hoosier Democrats that every eligible voter in Indiana should be able to freely and easily exercise their constitutional right to vote," he said. "We will continue to work toward this goal until the polls close on Tuesday, November 6."

Lawson did not identify which counties have rejected the applications, but said there were a "handful" of them. She added that local officials may re-evaluate those decisions, but aren't required to. In that case they would have to contact the voter to apply again, she said.

She urged voters to check their status online at Indianavoters.in.gov.