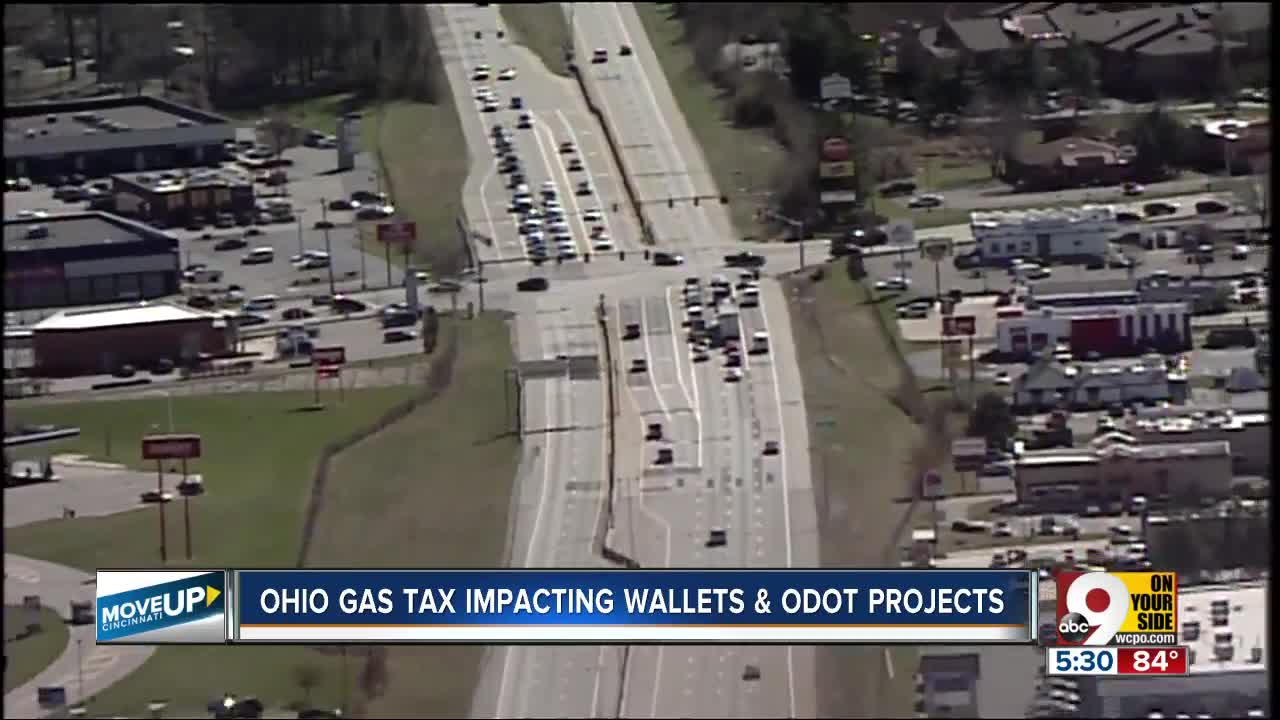 The new motor fuel tax — for the Ohio gas tax — went into effect July 1, but it's already having an effect on both wallets and road projects.

The 10 1/2 cent per gallon tax has raised gas prices throughout the state, and hasn't gone unnoticed by residents at the pumps.

"I think that the gas is getting really high, and it's starting to be a lot," said Dubrina Kernall, a Cincinnati resident. "I spend probably about $40 to fill up a tank now."

On the other side, however, the Ohio Department of Transportation (ODOT) said that money is going to good use, and that big differences will soon be much more visible to residents in Ohio.

"We would've been struggling to maintain roads in current conditions, much less trying to make major improvements," said Matt Bruning, press secretary for ODOT. "It wasn't in the cards unless we got the motor fuel tax."

Maintenance and safety projects that were put on the back burner for lack of funding have now been dusted off and added back to the timeline for completion, according to Bruning.

"There were about $156 million in maintenance projects that we were deferring, because we didn't know what our budget situation was going to be like," he said.

ODOT will also be able to focus an additional $50 million on safety, working to fix issues throughout the state to make many of Ohio's most dangerous intersections safer -- 99 of which are currently already undergoing a redesign, according to ODOT.

The department will start seeing the revenue from the tax over the next few months. They said raising this tax was necessary, given the overall rise in project costs over the years.

"The last motor fuel tax went into effect in 2006," said Bruning. "Since then, the revenues from the motor fuel tax has increased just over 3 percent. In the meantime, the cost for asphalt was up by 50 percent. When you look at the number of employees ODOT has -- it's dropped by 1,000 over the last 8 or 9 years, so we're doing more with less."

ODOT said more definitive plans will begin to take shape in the coming months, as they budget the revenue that's currently coming in.