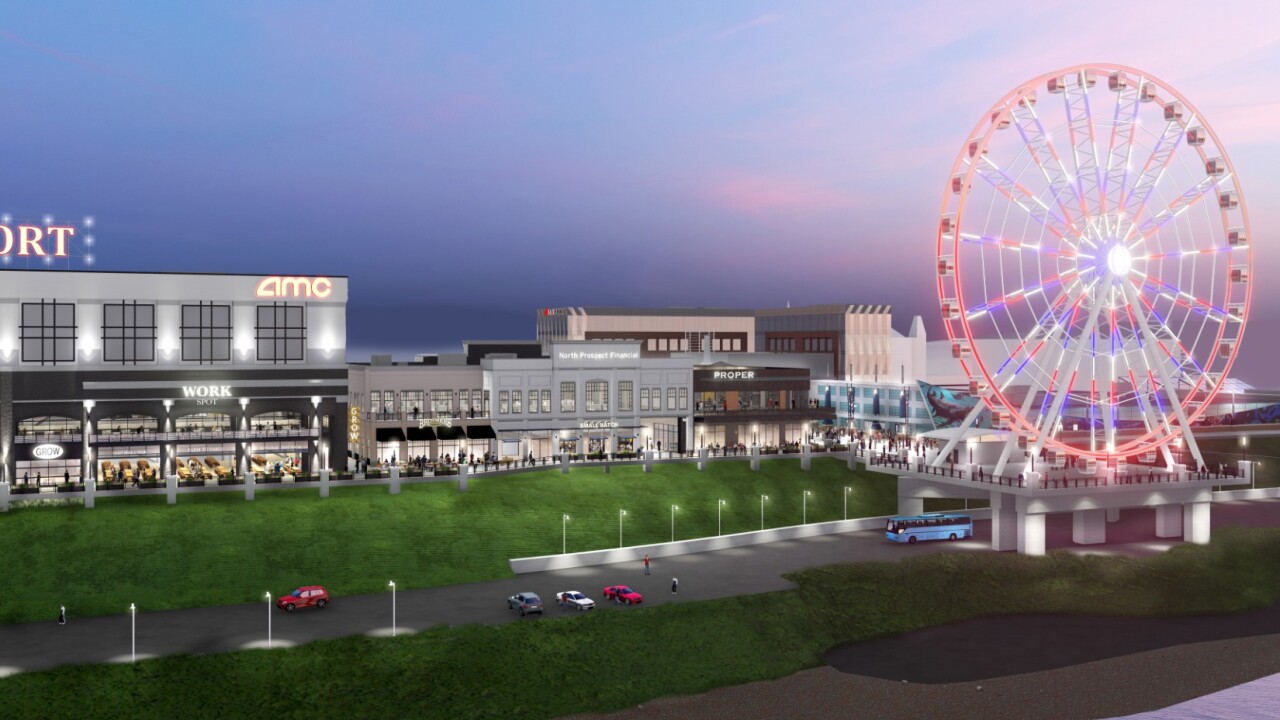 Rendering of SkyWheel at Newport on the Levee.

NEWPORT, Ky. — The city of Newport's 235-foot SkyWheel could open by May 2020 on a new pier at Newport on the Levee, the parties said in announcing a final agreement Friday.

Newport plans to break ground on the pier in September and expects to complete it by next March, with the SkyWheel expected to open two months after that, the parties said in a release.

The parties include the city, SkyWheel Attractions, Newport Aquarium and Newport on the Levee.

Newport’s privately-funded SkyWheel will compete with the smaller SkyStar Observation Wheel on the Cincinnati side of the river. The mobile 150-feet SkyStar wheel has been operating at The Banks since last August. St. Louis-based SkyStar said it hopes to replace it with a permanent 200-feet wheel.

The cost of a ride on Newport's SkyWheel will be $14 to $15, a spokesperson told WCPO. A ride on Cincinnati's SkyStar currently costs $12.50.

Newport's SkyWheel has already been manufactured and tested in the Netherlands and is currently stored in shipping crates, ready to be moved to the site, according to the release.

The SkyWheel, which will rise more than 20 stories above the riverfront, will have 30 fully enclosed gondolas with glass windows and doors, the release said. The gondolas will be heated and cooled for year-round operation in any type of weather.

Each gondola can hold up to six riders, and each ride will make three to four revolutions. The SkyWheel will be accessible for all mobility aids, according to the release.