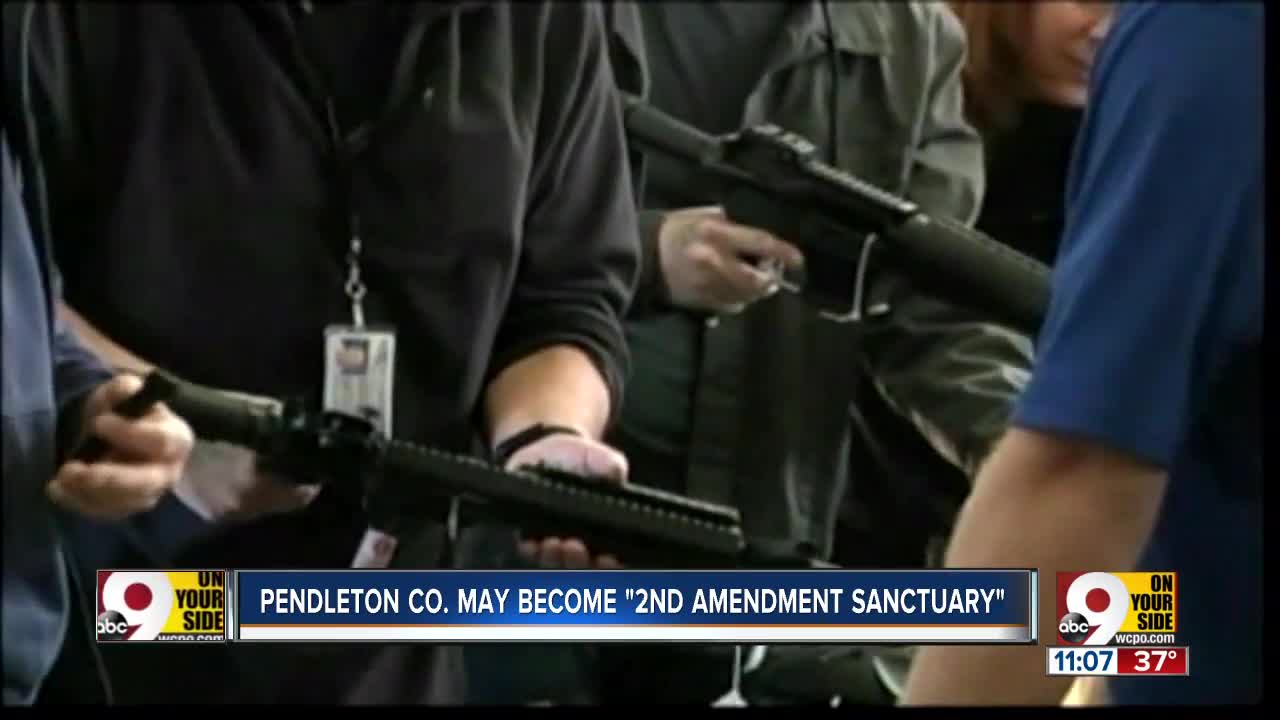 Firing back at an increase in new gun laws, Judge Magistrate Darrin Gregg knows his resolution doesn’t hold much weight right now. But he’s hoping other counties will follow suit.

“Every county in the United States need to do this. Will that happen? Probably not. But it will here in Kentucky.”

FALMOUTH, Ky. - Firing back at an increase in new gun laws, Pendleton County could be the first in the Tri-State to be deemed a Second Amendment sanctuary.

What would that mean?

Gregg said his resolution is about taking a stand.

Gregg said he sees Virginia lawmakers promising stricter gun laws in that state, so he wants to take a proactive step.

New Kentucky Gov. Andy Beshear has voiced that he would not support an assault rifle ban but he would support a “red flag” law. That would allow police to temporarily confiscate firearms from people deemed by a judge to be a danger.

Gregg said he doesn’t want to take any chances.

The resolution would largely be symbolic - a political statement.

If passed, Pendleton County would follow Harlan and Marshall counties in adopting legislation for becoming a Second Amendment sanctuary in the Bluegrass State.

“If the Good Lord’s willing and the creeks don’t rise, we’ll get this on the books,” Gregg said.

Gregg is hoping the resolution will be read during the first caucus meeting of next year. A vote could happen in February.