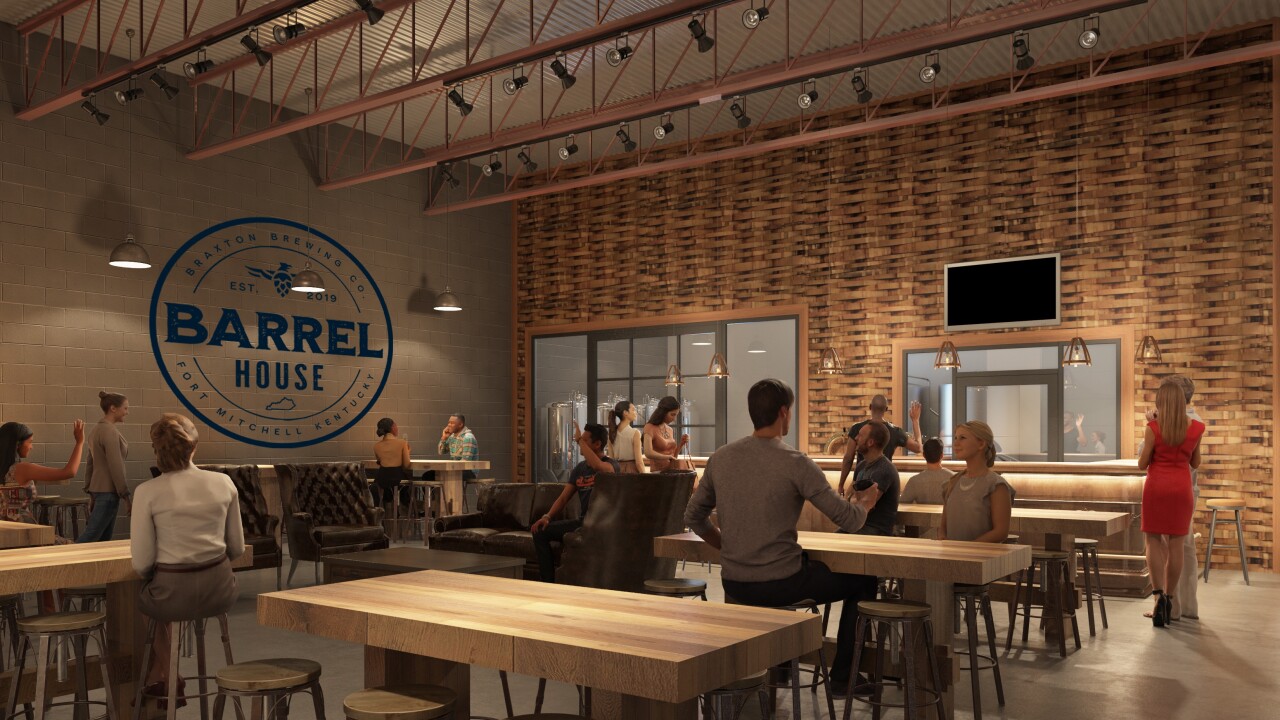 Provided by Braxton
An artist&#39;s rendering shows Braxton Barrel House, which is set to open in fall of 2019 in Fort Mitchell, Kentucky.

FORT MITCHELL, Ky. -- Northern Kentucky’s craft brewery scene is about to get richer.

Braxton Barrel House will open in the former site of Remke Market off Dixie Highway. The space that used to be the store's 2,000-square-foot loading dock will be remodeled with large glass doors and an outdoor patio.

A 20,000-square-foot warehouse beneath the main floor will house barrel-aged beer. Customers can select custom, private barrel picks priced from $500 to $5,000. Some barrel picks can yield up to 300 bottles of beer.

The taproom has 20 beers on draft.

CEO Jake Rouse said the idea for Barrel House was born from a desire to create one-of-a-kind experiences and to celebrate Kentucky’s heritage.

"We’re looking forward to sharing the Braxton Barrel House with Northern Kentucky and Cincinnati-area beer and bourbon drinkers who love Kentucky’s culture as much as we do,” Rouse said in a news release.

"We look forward to the transformation of the Remke site and welcome new businesses like Braxton that will add to the walkability and neighborhood-friendly culture we are creating," Hehman said in a release.

The Barrel House is Braxton's second expansion project since January, when the brewing company announced it would add a $5 million rooftop taproom to its Covington location.

The Barrel House is located at 5 Orphanage Road.

The grand opening event starts at 3 p.m. and will include live music and local food options. Visit the event's Facebook page for more information.