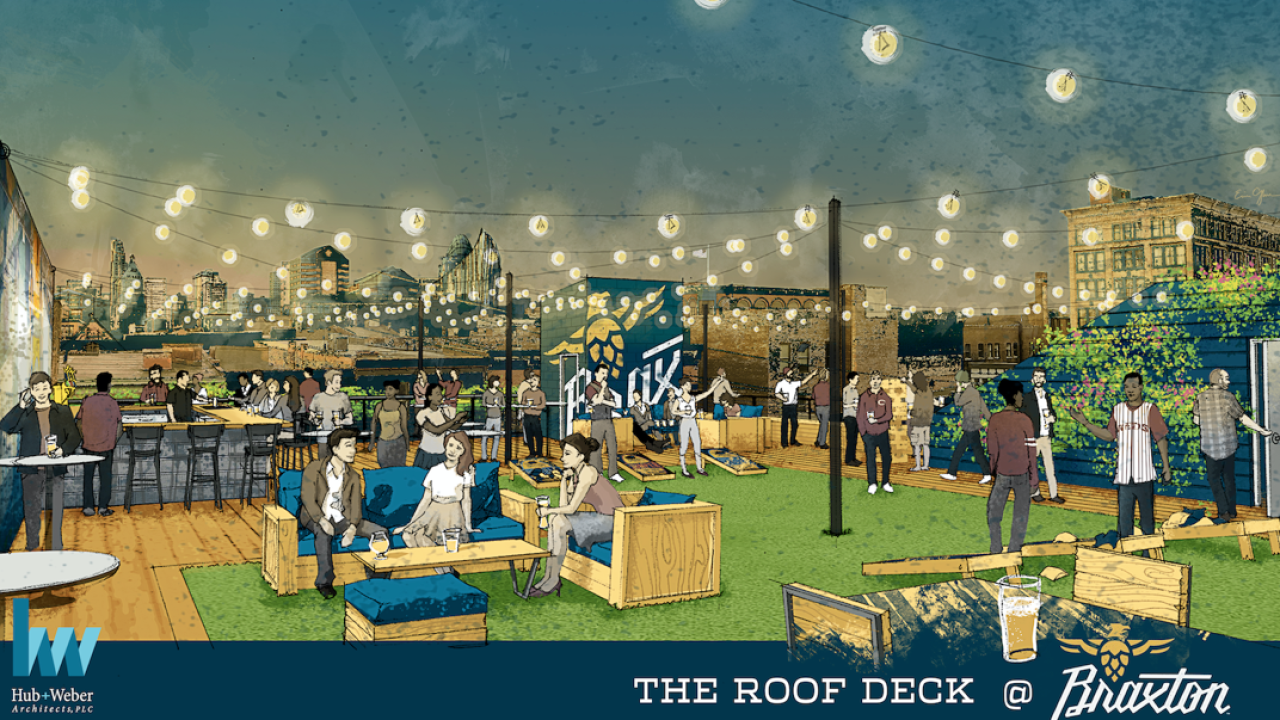 The brewery is undergoing a $5 million expansion, which includes the addition of a 5,000-square foot rooftop bar. The Rooftop will have 10 to 20 beer taps, an expanded cocktail menu and stunning views of Covington and Cincinnati.

The addition will not only provide more space for patrons; it will increase production to to 30,000 barrels, allowing Braxton’s craft beer to reach more people in Tennessee and Ohio.

CEO Jake Rouse said the expansion comes with a desire to celebrate the brewery and the city.

“Covington has embraced us from day one and has literally built up the city around the location of our brewery,” Rouse said.

In a prepared statement, Covington Mayor Joe Meyer said the rooftop taproom will be an “exciting addition.”

“We’re proud to have Braxton as a mainstay,” Meyer said. “This expansion is yet another example of the company’s responsibility and love for its home, right here in Covington.”

Hub+Weber Architecture, Covington's oldest architecture firm, will design The Rooftop. The addition is under construction and is expected to be finished by summer.